Although the Geo Tracker was surprisingly agile off-road, it didn’t exactly have amazing performance on the black stuff. However, this particular 1996 Geo Tracker breaks the mold with a full Chevy Camaro V6 drivetrain swap, and now, it’s available at auction. 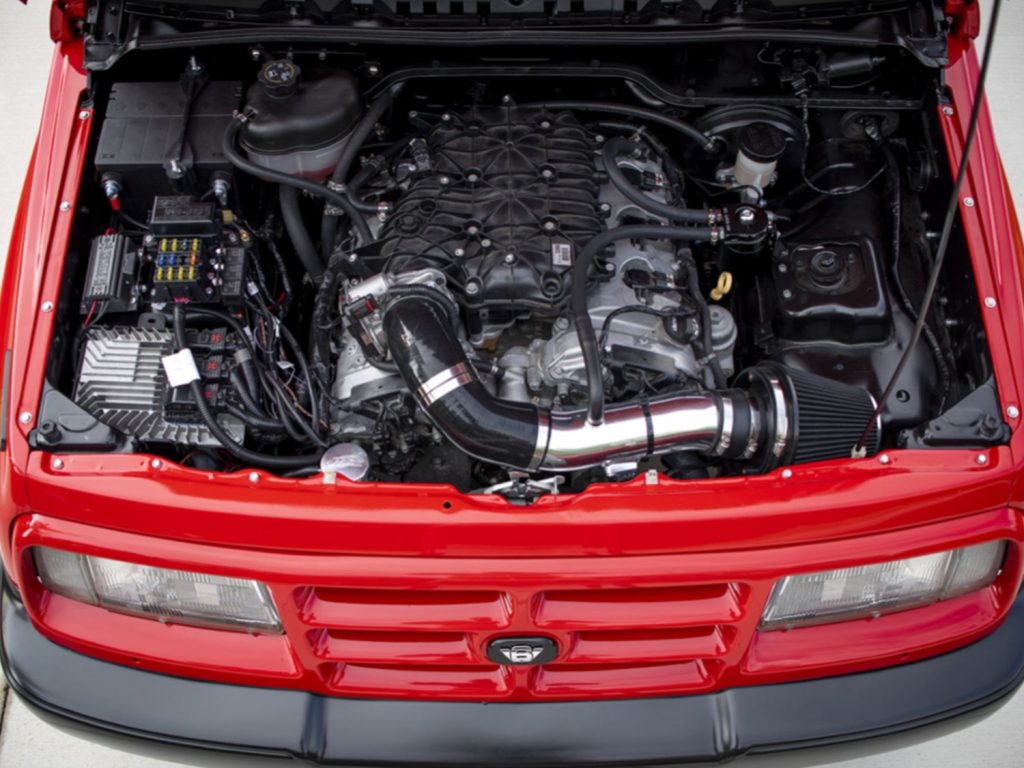 Let’s just jump straight into the good stuff. Under the hood of this 1996 Geo Tracker, you’ll find a naturally aspirated 3.6L V6 yanked from the engine bay of 2015 Chevy Camaro, rated at 323 horsepower and 278 pound-feet of torque from the factory. This particular example may be making a tick more thanks to a few simple mods, including a new cold air intake, plus a new dual exhaust treatment with a cat-delete and high-flow mufflers. The engine is kept cool with a custom PRC radiator and variable control Spal electric fan.

Output is routed to the rear wheels through the 6L50E Automatic six-speed transmission, which is equipped with a Cadillac shifter assembly and 4.30 rear differential. The engine also retains OBDII functionality, and even comes with cruise control.

Seeing that V6 under the hood of a Geo Tracker is pretty awesome. The engine looks like it was really shoehorned in, but the install is very clean all the same. 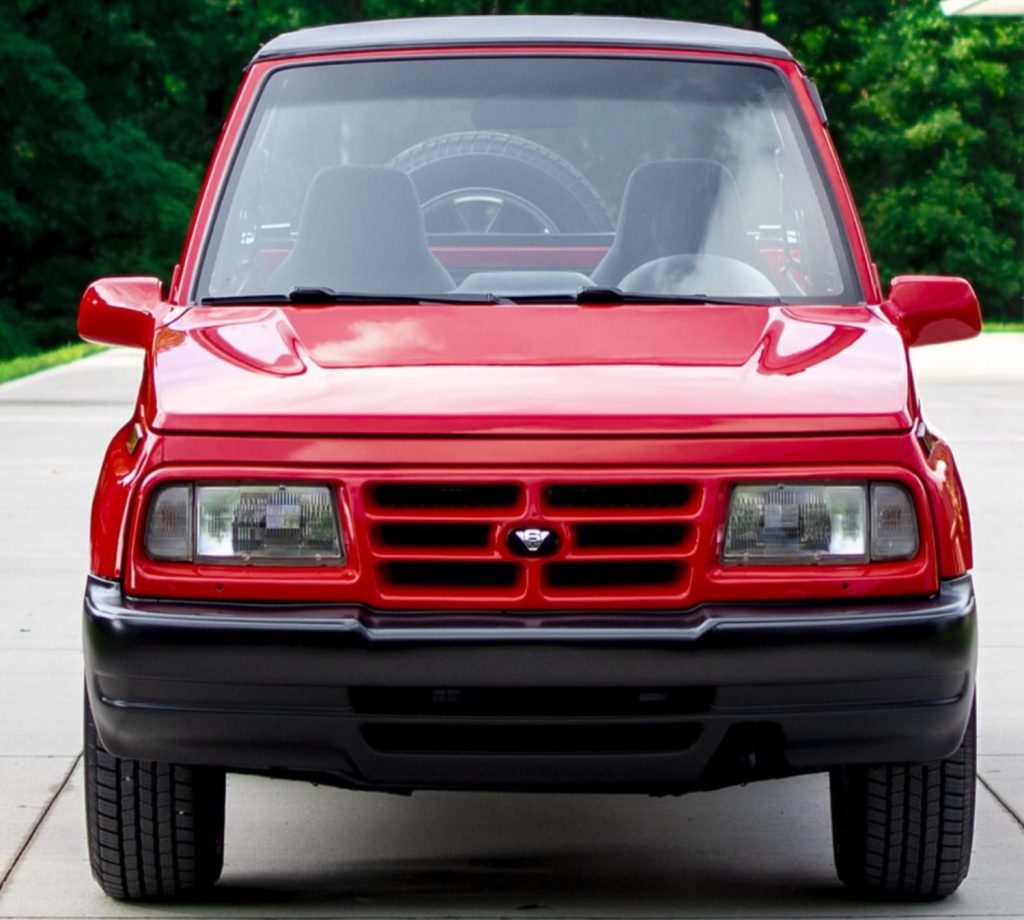 To sweeten the deal, the exterior of this 1996 Geo Tracker provides only subtle cues as to what it’s packing. The body panels are finished in Porsche Guards Red, and there’s a “V6” badge in the grille, while 17-inch Dodge Ram wheels wrapped in Michelin Defender LTX M&S tires sit in the corners.  There’s also LED lighting. 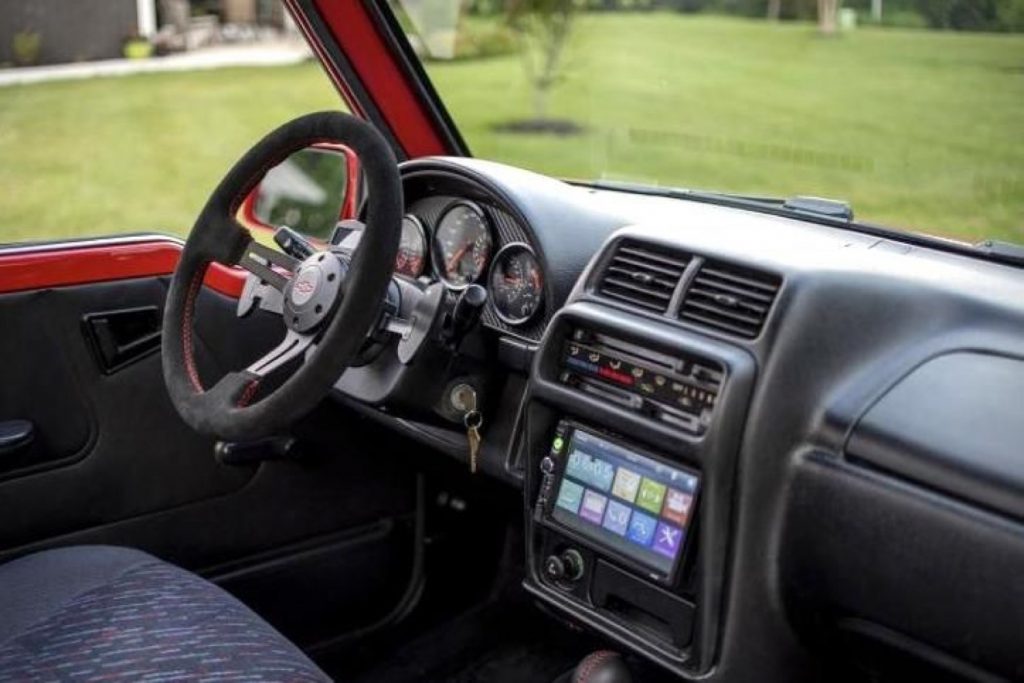 Further custom touches are found in the cabin, including an aluminum gauge cluster surround with carbon fiber wrapping, a three-spoke NRG steering wheel covered in Alcantara, and a modern touchscreen in the center stack. 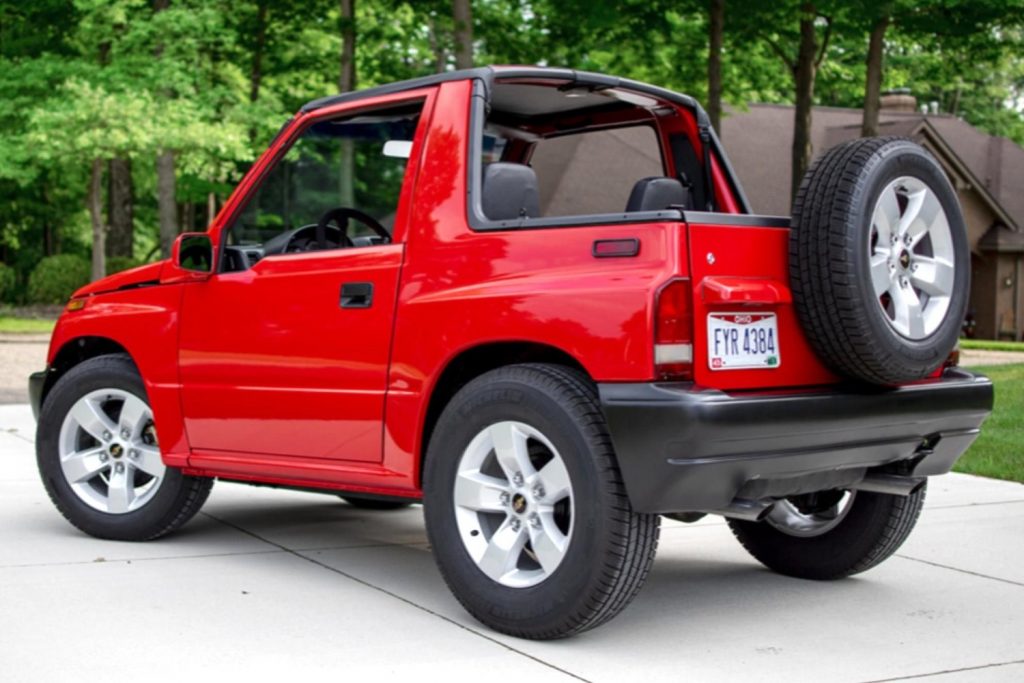 Now, this Camaro V6-powered Geo Track is listed on cars & bids with 7 days left in the auction. As of this writing, the highest bid of 3 submitted is set at $5,000. The vehicle is located in Newark, Ohio, and shows just 9,950 miles on the clock since the swap. 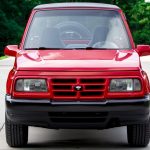 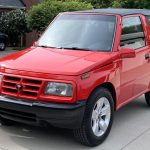 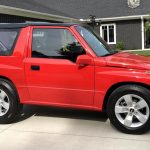 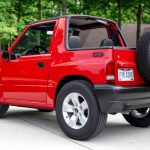 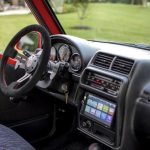 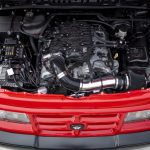 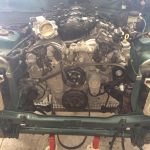