Two people were killed after a C8 Corvette Stingray with three people on board flew over a fence and crashed into a pool in Chino, California this week. 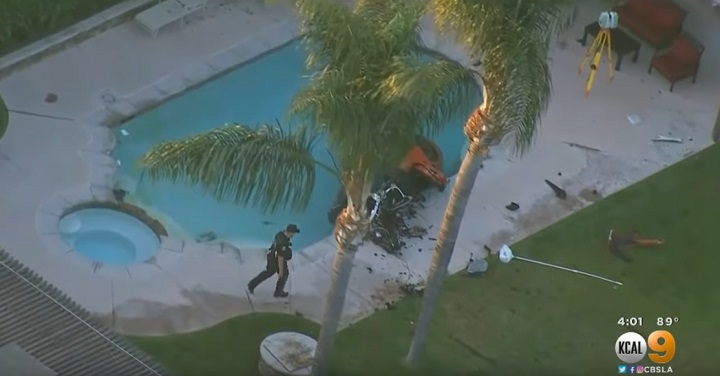 According to local CBS affiliate CBSLA, the C8 Corvette Stingray was travelling at a high rate of speed on a road near Schaefer and East End in Chino at 2 a.m. Wednesday morning when the driver of the vehicle lost control, hit a curb and went airborne. The vehicle came to rest in an area resident’s pool, with helicopter footage showing the Sebring Orange Tintcoat Corvette resting upside down in the pool’s deep end. All three passengers were ejected from the vehicle, as well.

The driver of the Corvette, a 27-year-old man, along with one of the passengers, a 21-year-old woman, were both killed in the high-speed wreck. A third passenger of the vehicle, a 23-year-old woman, was hospitalized with serious injuries. To be clear, the C8 Corvette Stingray is a two-person car and was not designed to carry three passengers safely.

“I heard a loud screeching or I don’t know what, but then I heard a bang,” Art Guerrero, who owns the home and swimming pool the vehicle crashed into, told CBSLA “It was right here, and I was talking. And I hear some moaning and groaning over here.”

“The officer was talking to her. ‘Stay awake, stay awake,’ trying to keep her up,” Guerrero added. 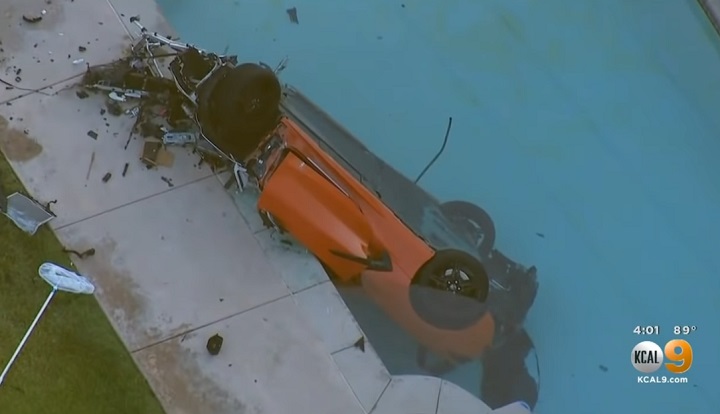 Chino police are now investigating the crash. There is no word if drugs or alcohol were a factor in this crash, although police said speed was likely a major contributor.

Check out the news report embedded below for a little more information on this scary deadly crash.