Never underestimate a healthy power-to-weight ratio. If the competition is light enough, even a monumental power advantage won’t make up the difference. Now, we’re seeing that lesson in dramatic fashion as a C8 Corvette Stingray lines up alongside a Sierra Alpha racecar for some straight-line acceleration tests.

Recently posted online by the Hoonigan YouTube channel, this matchup is a great demonstration of what the C8 Corvette Stingray can do in terms of performance. Framed by the Hoonigan folks as the “best, cheapest supercar you can buy,” the new mid-engine Vette is an astounding bargain, starting at around $60,000. For the money, buyers get the mid-mounted 6.2L V8 LT2 gasoline engine, which throws down with 495 horsepower and 470 pound-feet of torque when equipped with the factory performance exhaust system. All that go is routed to the rear wheels through an eight-speed dual-clutch automatic transmission, while curb weight tips the scales at 3,650 pounds. 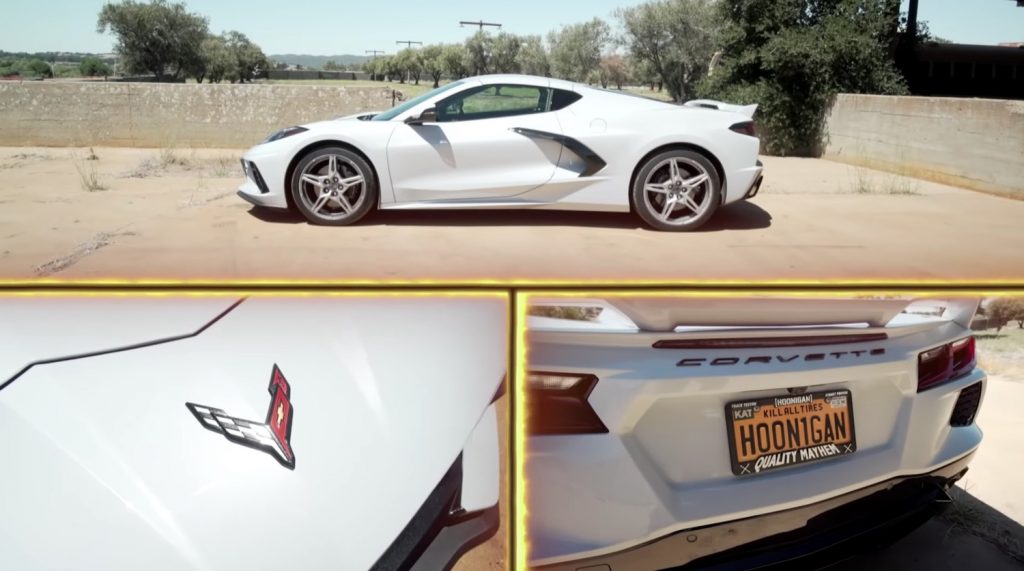 There’s certainly no question that the C8 Corvette Stingray is impressive, but the competition in this video ain’t no slouch either. In the other lane is a 2020 Sierra Alpha race car, which looks a lot like a crosskart. For those that don’t know, it’s a type of racing vehicle that’s popular abroad, and could be thought of as similar to a sprint car. 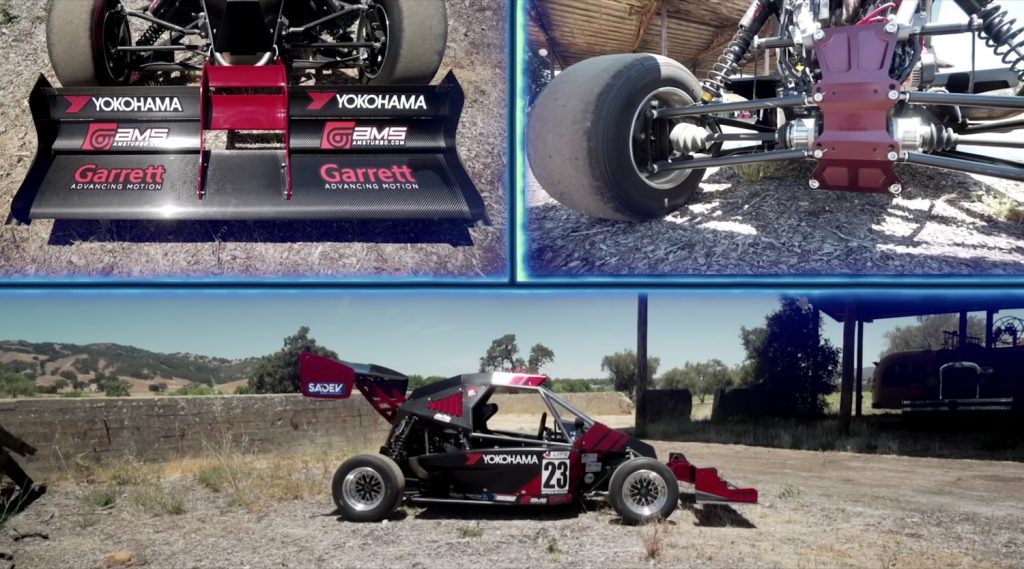 Thing is, this machine isn’t your typical crosskart. While the basic formula remains, everything else about the 2020 Sierra Alpha was beefed up and made more extreme, with bigger aero, meatier tires, and of course, a lot more power. 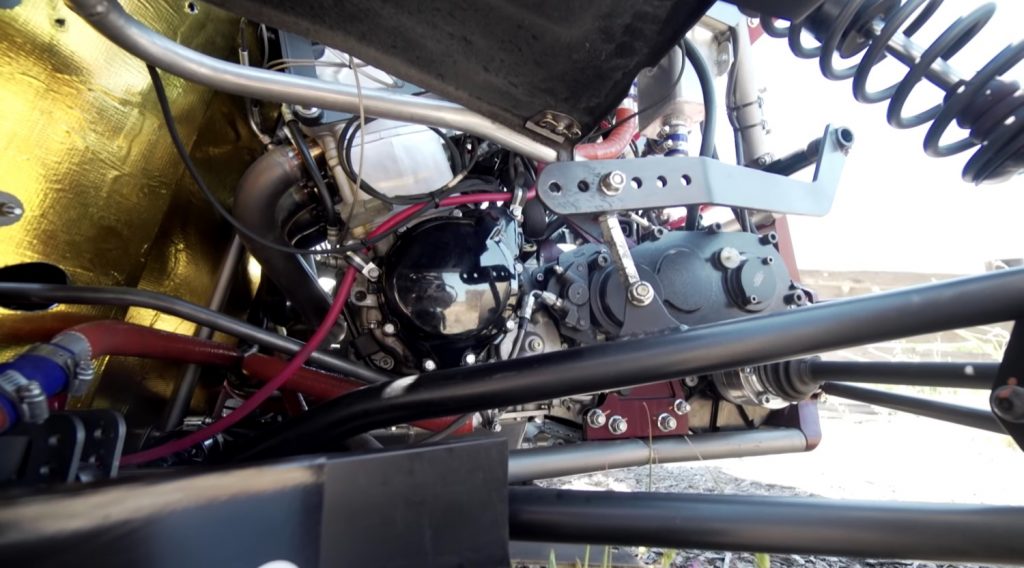 Speaking of power, the 2020 Sierra Alpha runs a turbocharged 1300cc Suzuki Hayabusa engine, which hits the rear wheels with a whopping 400 horsepower through a Sadev six-speed sequential transmission.

So then, the Sierra Alpha is down by about 95 horsepower, but here’s the kicker – the whole thing weighs just 1,350 pounds.

How does the C8 Corvette Stingray match up? Hit play to find out.