Hennessey Performance Engineering is perhaps best known for its hugely powerful upgrade packages for General Motors LS V8-powered vehicles like the C7 Corvette Stingray and Chevy Camaro. However, the Texas-based tuning shop has found itself building more and more Mopar vehicles amid the Hellcat engine craze, and recently released a 1,000-horsepower tuning package for the massive Dodge Durango SUV. 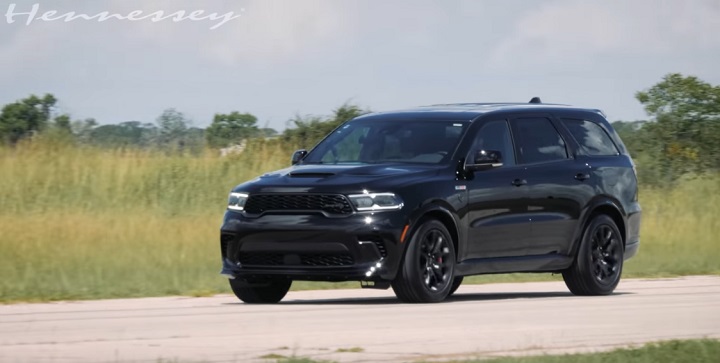 So how does Hennessey manage to squeeze over 1,000 horsepower out of the Durango Hellcat’s supercharged 6.2-liter V8? It starts with a different high-flow supercharger system, which is joined by smaller upgrades like new front and rear driver supercharger pulleys, a heavy-duty supercharger belt, high-flow injectors, upgraded spark plugs, a crank case ventilation system and an upgraded thermostat – pushing output to 1,012 horsepower and 969 pound-feet of torque. Power is sent through an eight-speed automatic transmission and the factory all-wheel drive system. Hennessey will only build 50 examples of its 1,000-plus horsepower Durango, it’s worth noting. 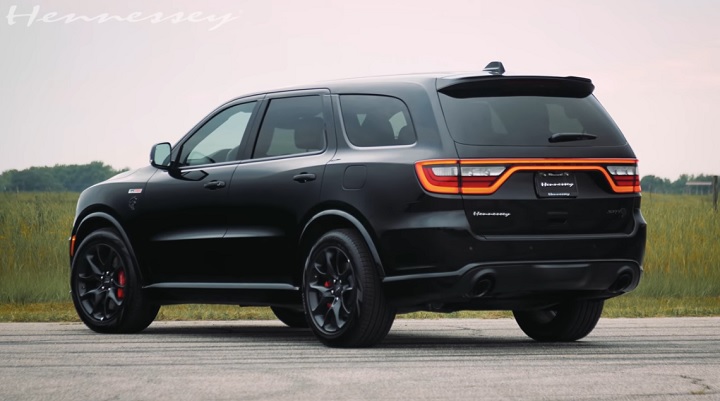 To demonstrate just how fast their 1,000-horsepower Dodge Durango Hellcat is, Hennessey decided to pit the 5,710-pound SUV against one of the fastest-accelerating production vehicles on the market: the C8 Corvette Stingray. While the Corvette Stingray has less than half the power output of the Hennessey-tuned Durango at 490 horsepower, it’s also much lighter, tipping the scales at just 3,366 pounds. We should also point out the Durango has the slight advantage of all-wheel drive, but as any reader of this site will know, the C8 Corvette has no trouble putting its power down anyway. 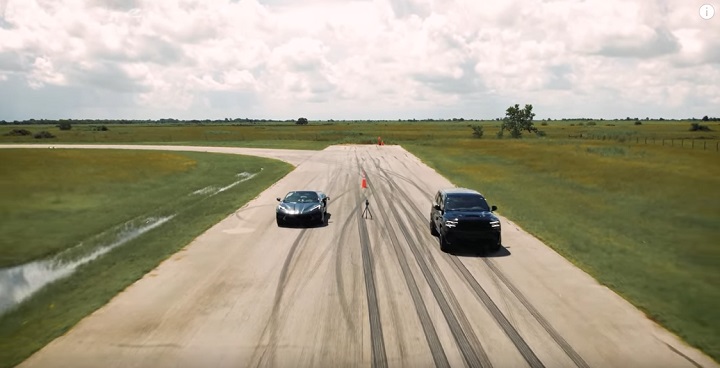 We don’t want to spoil the results of this drag race, so be sure to check out the video embedded below to watch the C8 Corvette Stingray square off against Hennessey’s tuned Dodge Durango.