A smart-thinking Chevy enthusiast has attracted the attention of the online car community after he customized a C4 Corvette to tow his C4 Corvette drift car to and from the race track.

This creation was first reported on by automotive enthusiast site The Drive, which picked it up after the Corvette-obsessed owner, Jonathan Einfeld, posted a photo of his unusual tow rig on his ‘C4drifter‘ Instagram account.

Einfeld says he first got the idea to convert his C4 Corvette into a tow rig after he removed the rear window and realized the sports car was a bit more practical than he initially thought. He didn’t want to use the C4 Corvette to pull a car trailer with a conventional hitch, though, as he was worried it would damage the vehicle’s frame. His solution was to create a custom gooseneck hitch for the vehicle, which he welded to a bracket that he attached to the top of the vehicle’s differential. 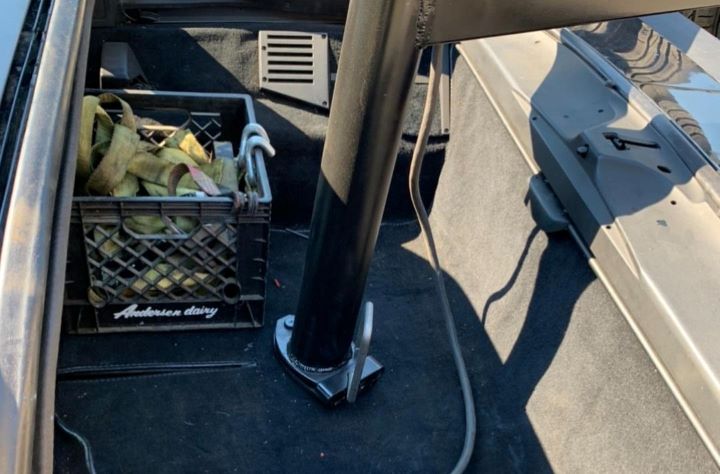 After he was done fabricating and installing the gooseneck hitch, Einfeld set to work on welding his own gooseneck trailer. He then installed the necessary brake and indicator lights on the trailer, loaded up his C4 Corvette and hit the road.

Einfeld told The Drive he gets about 14.5 mpg when pulling his C4 Corvette drift car behind his unconventional stick shift tow rig at highway speed. This is a major improvement over his old Chevy Suburban tow rig, which averaged about 10 mpg on the highway when towing his drift car.

In the future, Einfeld hopes to build a new window behind the Corvettes seats to keep the elements out when cruising and to reduce wind noise, and may also change the rear gear ratio for superior towing performance.