Introduced in April of 1964, the 442 was the big engine option package for the Oldsmobile Cutlass. The package was the response to the wildly successful Pontiac GTO. The Oldsmobile 442’s moniker stood for a four-barrel carb, four-speed manual transmission, and dual exhaust. The B09 Police Apprehender Pursuit package could be had on any body style except station wagons. It boasted another twenty horsepower, a hotter cam, upgraded suspension, redline tires on six-inch-wide wheels, fender badges and more. The 442 remained an option package until 1968, when it became a stand-alone model in the Oldsmobile line. 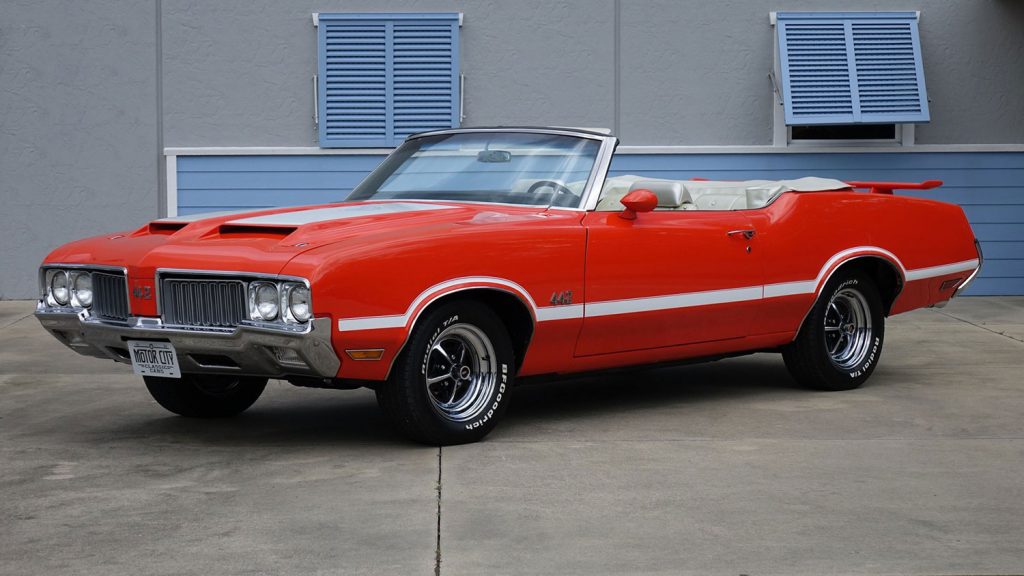 1970 was the final year for full power muscle cars from GM. The coming year would see the institution of mandatory emissions equipment and economy regulations that would stifle output for years to come. Combined with insurance companies that balked at the muscle car power ratings, the writing was on the wall. There was one last chance for the Oldsmobile 442 to make its mark in the muscle car annals. 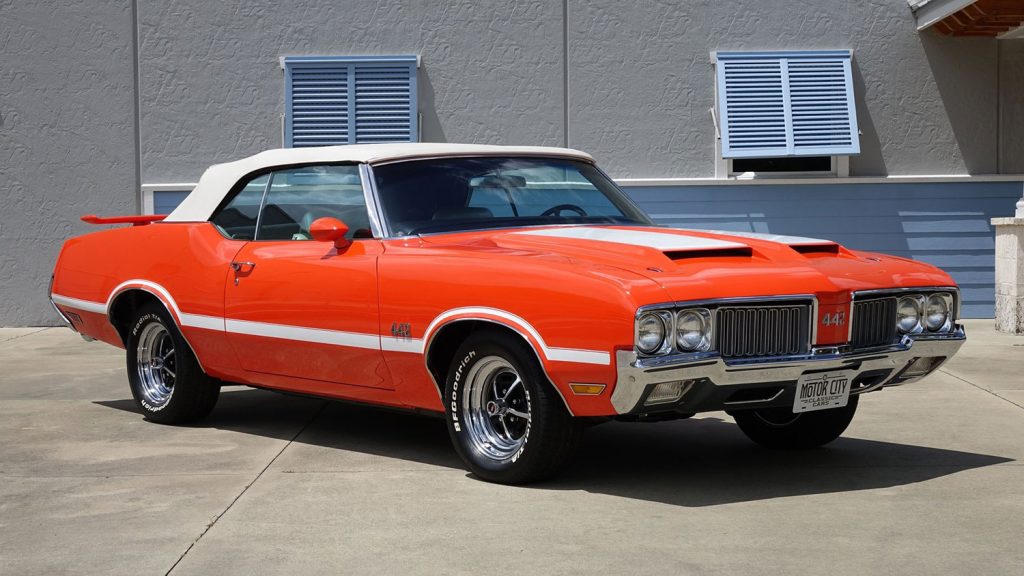 For the 1970 model year, General Motors lifted their ban on engines in excess of four hundred cubic inches in mid-size cars. This paved the way for 455 cubic-inch V8 to be stuffed in the Oldsmobile 442, with output rated at 365 horsepower. Other changes of note included a silver grille with vertical bars, rectangular front bumper parking lights, and vertical tail lights. It’s worth noting that the Cutlass had been equipped with a 455 cube V8 in 1969 as part of the Hurst/Olds package. 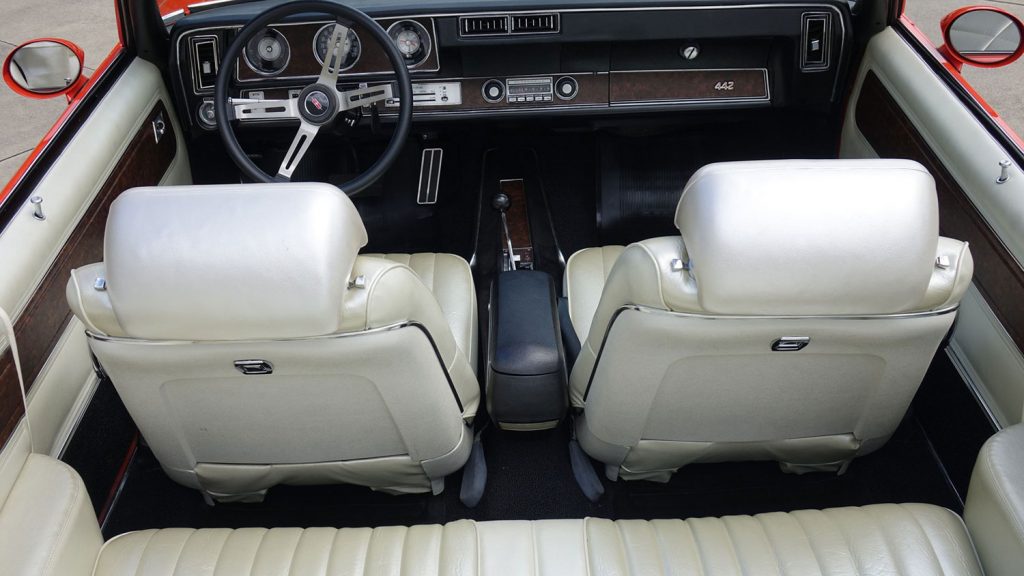 Our feature Oldsmobile 442 has been the subject of a rotisserie restoration. The drivetrain consists of the matching-numbers 455 cubic-inch V8 backed by the three-speed Hydramatic automatic transmission, both of which have been rebuilt. The Hugger Orange paint presents better than factory new, with considerable time and effort expended in prep and execution. White stripes adorn the dual hood inlets and down both sides, along with white pinstripe accents. Chrome bumpers and stainless trim are brilliant. Glass is crystal clear, and the weatherstrip is as new. 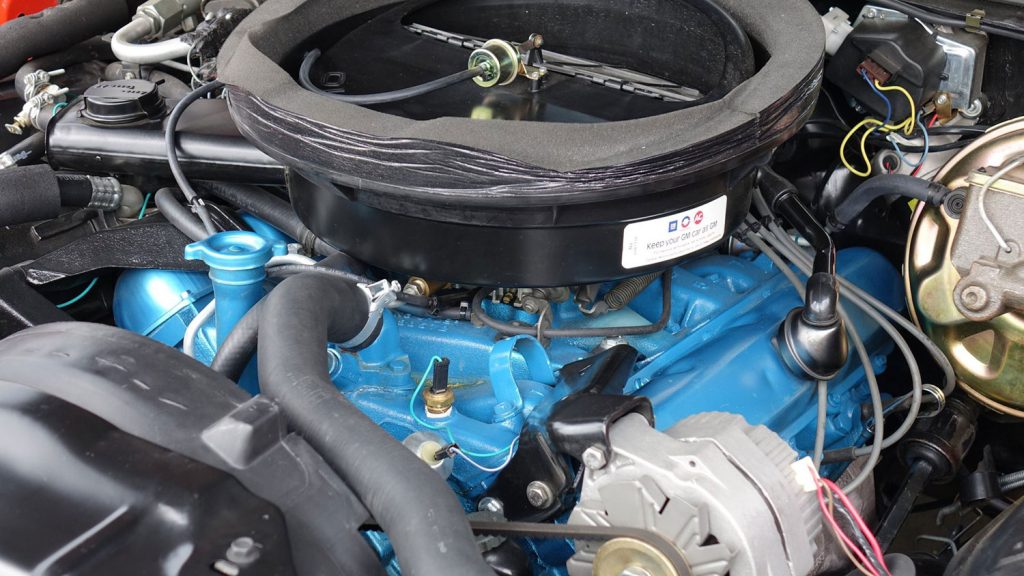 The Parchment interior shows no signs of wear. The center console is home to the Hurst Dual Gate shifter. Under the hood, the potent 455 V8 resides in a nicely detailed engine bay. All major components appear to be correct and in good nick. The Oldsmobile 442 is optioned with air conditioning, a power convertible top, dual scoop fiberglass hood, bucket seats, power steering, and power brakes with front discs. 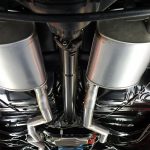 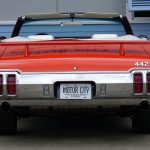 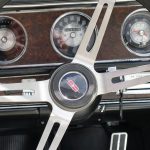 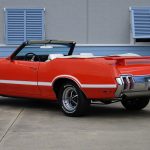 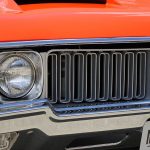 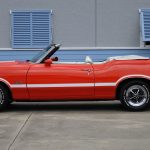 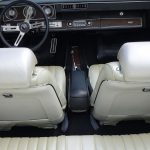 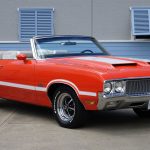 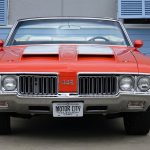 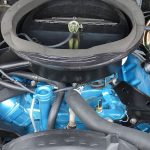 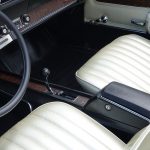 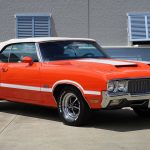 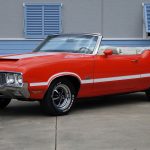 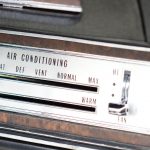 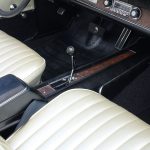 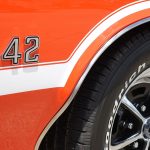 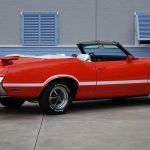 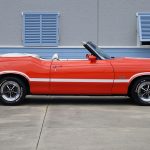 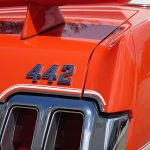