Combining the best parts of a muscle car and pickup truck, the Chevy El Camino offered both fun behind the wheel, and extra space behind the cabin. However, what would this classic look like with a four-door body, rather than the traditional two-door? Now, one digital artist has rendered exactly that. 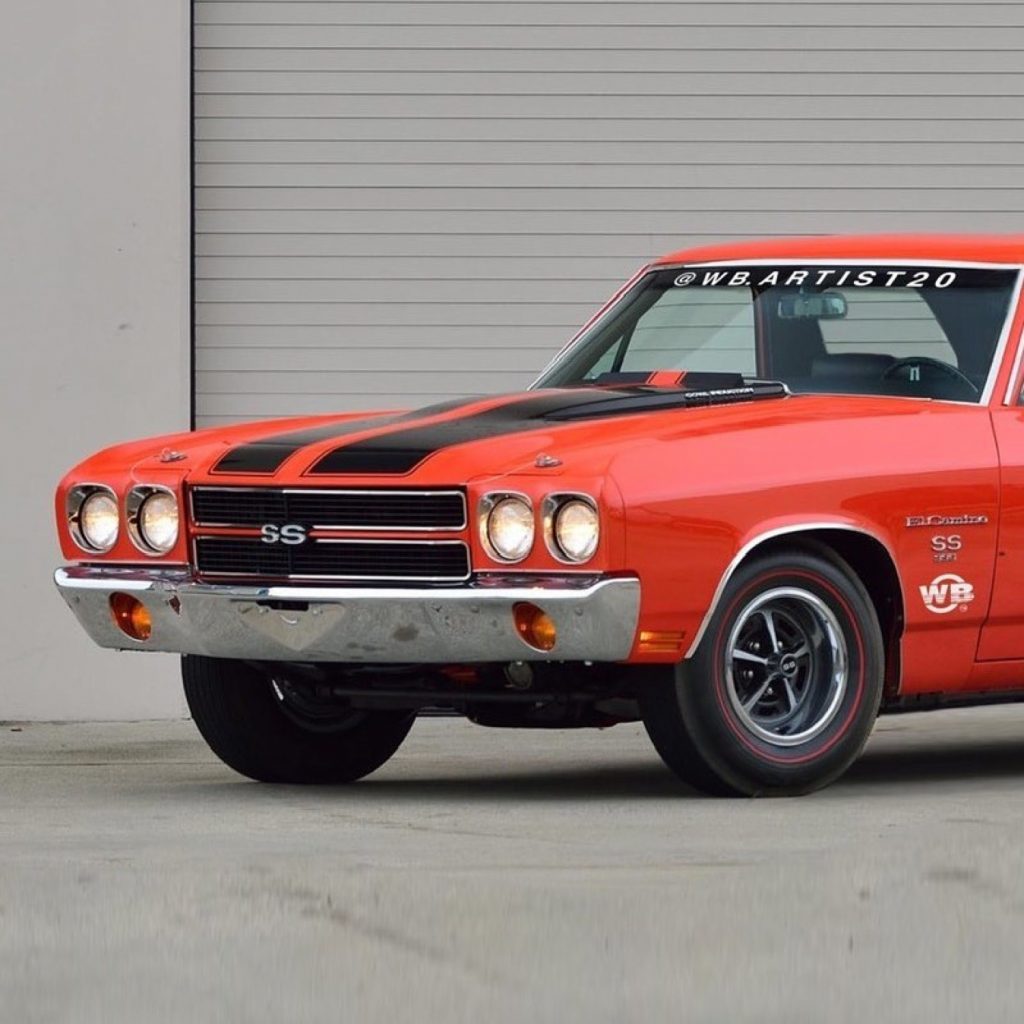 Coming to us from digital automotive stylist Oscar Vargas, who recently posted the new rendering to his Instagram feed (@wb.artist20), this four-door Chevy El Camino design work is based on a 1970 SS model, and looks closely related to the original in most aspects.

For example, the exterior color is unchanged, with Hugger Orange paint covering the Chevy from tip to tail, accented by chrome detailing for the fenders, window surrounds, and bumpers, plus a pair of black racing stripes running down the hood. The wheels are left unchanged as well, while quad headlamps and orange fog lights illuminate the way forward. Out back, we have the bed for all that added utility.

However, stuffed between the two ends of this Chevy El Camino is a four-door cabin space. The muscle car attitude remains, but the center section offers extra passenger room and seating for those owners that need it. 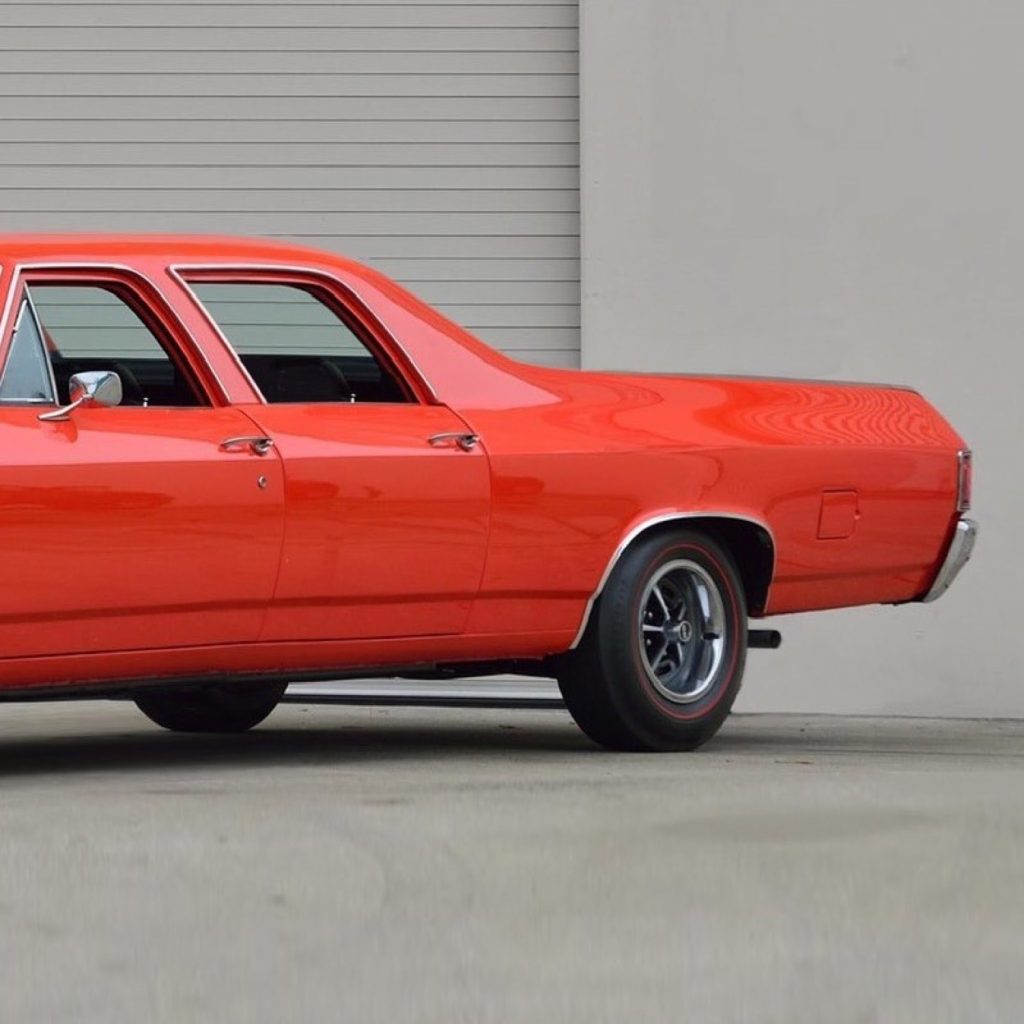 To top it off, the artist kept the original bed length, which means this is one very lengthy Chevrolet. This thing so long, it almost looks like a limousine, and it probably handles like a boat as well.

Regardless, we’re sure there’s at least a few Chevy El Camino fans out there who have dreamed of a four-door model variant. Naturally, all that extra steel would necessitate a decently powerful V8 engine under the hood, not only to move the thing, but also to justify the SS badges found on the nose and fenders. 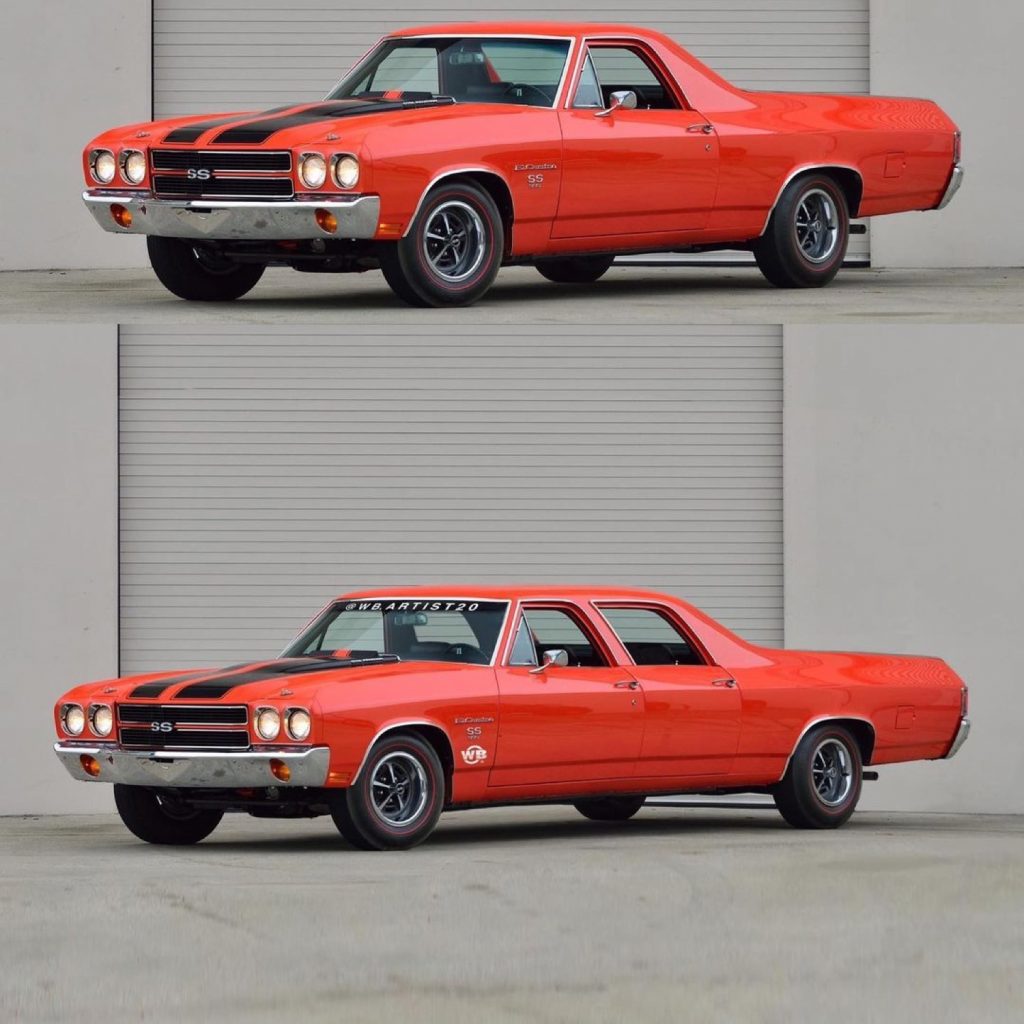 These days, speed and practicality are a popular combination, and although we’re not sure how this reimagined four-door Chevy El Camino will land with fans, it’s an interesting idea all the same.