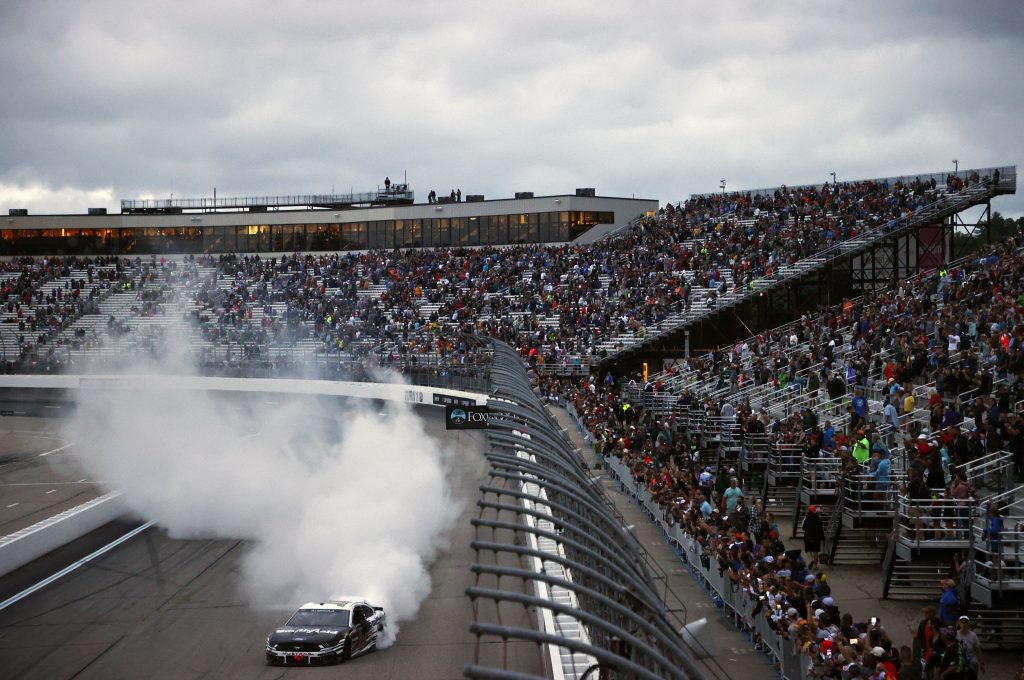 Kyle Busch led the field to green on Sunday after starting on pole position, but the Joe Gibbs Racing driver didn’t stay out front, or even in the race, for very long. As rain misted a section of the track on Lap 6, Busch lost control of his No. 18 Toyota Camry and backed into the wall hard, ending his day and bringing out the yellow flag. This set forth a lengthy rain delay, with the race getting back underway one hour and 42 minutes later.

Almirola took control of the race in Stage 3 after passing Team Penske’s Ryan Blaney and holding off his teammate, Brad Keselowski. As the two Team Penske cars faded, Christopher Bell took up the mantle as Almriola’s sole true challenger, with the Joe Gibbs Racing driver closing in on Almirola’s No. 10 Ford Mustang late in the third stage. Almirola was helped by the shortened race distance, which was set forth as NASCAR feared losing daylight during green flag running. The shortened event concluded on Lap 293 of 301 – with Almirola taking his first non-superspeedway win and his first win period since 2018. 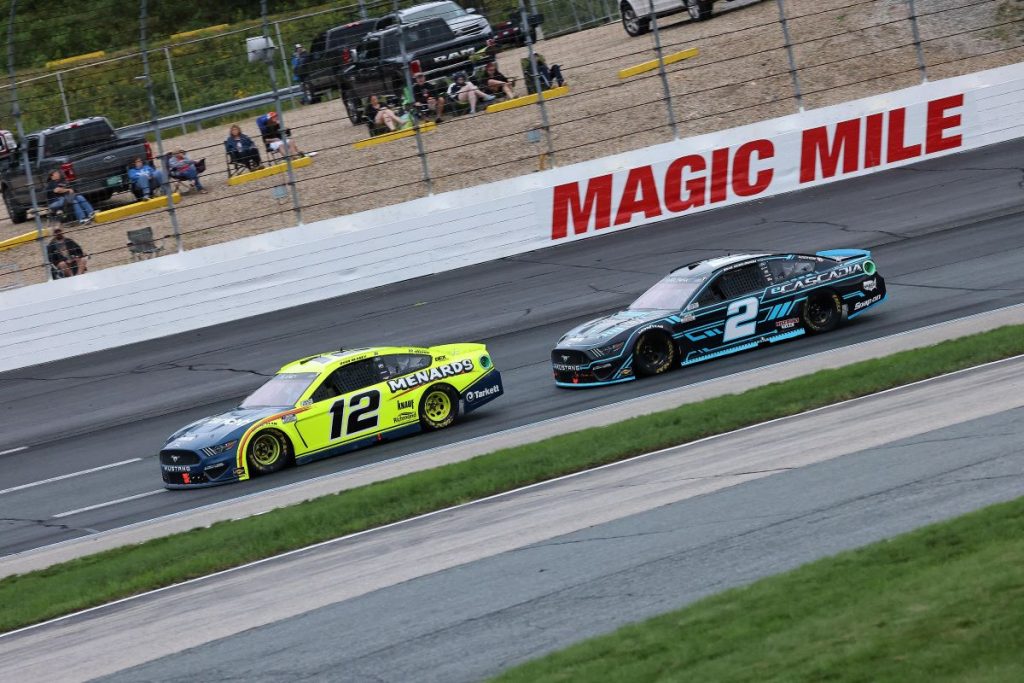 “This is by far one of my favorite race tracks,” Almirola said post-race. “I love coming up to the New England area and racing. I love this race track. I had this race won a couple of years ago, and I gave it away — I lost it. And I am so glad to win a race here with this race team.”

Bell rued the decision to call the race early, as he was convinced he could have found a way past Almirola in the laps NASCAR flushed away.

“I didn’t know how many laps they cut it short, but definitely whenever I saw the board and saw that we were eight laps short, it stings, man, because I feel like I probably had a little bit better pace than him, and I was able to get to him,” he explained post-race. 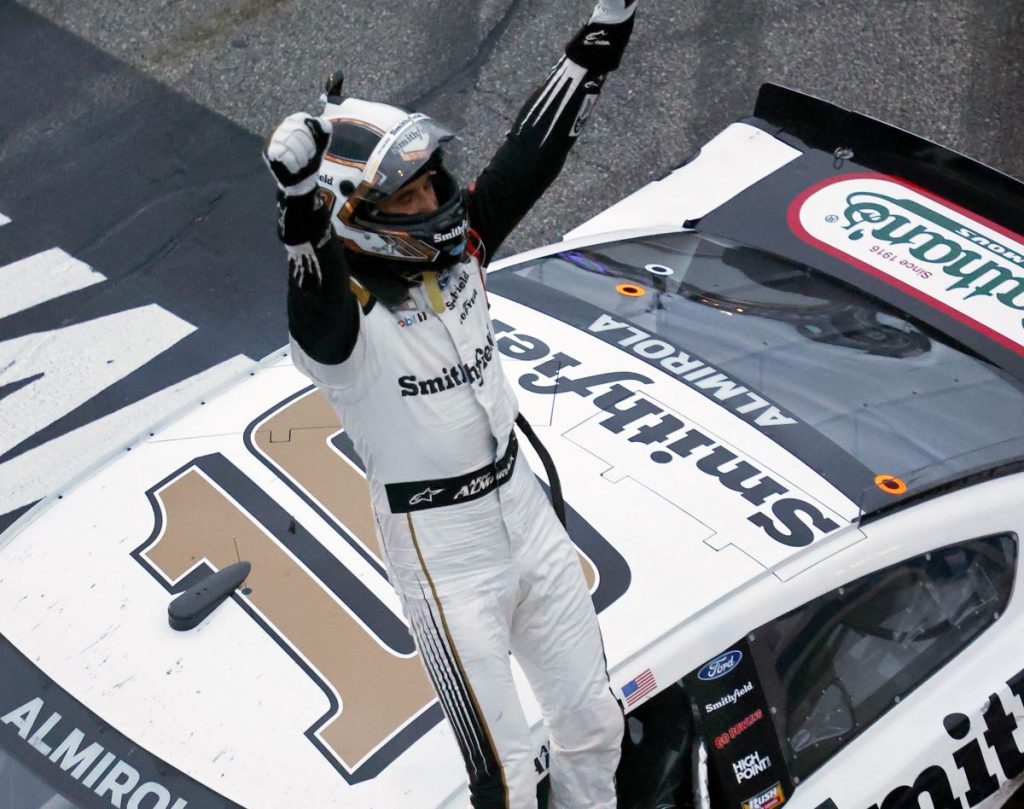 Check out the video embedded below for complete highlights from New Hampshire. NASCAR heads to Watkins Glen next for the 90-lap Go Bowling At The Glen race on August 8th.