The all-new 2022 Mercedes-AMG SL was recently caught testing in a series of fresh spy photos, giving us our best look yet at the up-and-coming Corvette C8 Convertible rival. 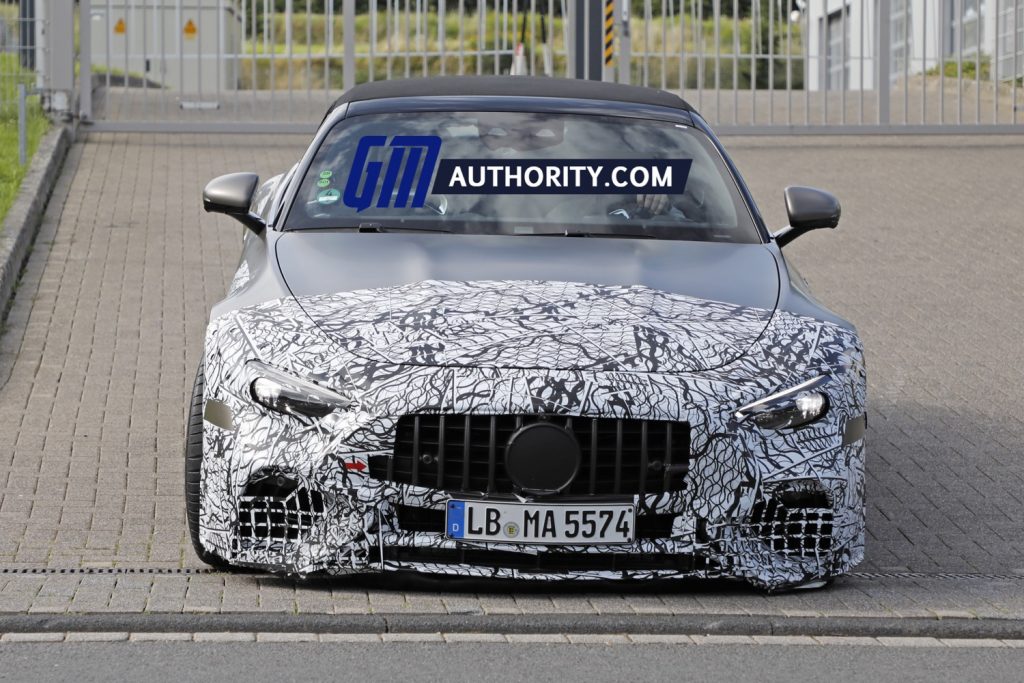 According to General Motors, the most cross-shopped vehicle for C8 Corvette buyers is the Porsche 911, as GM Authority covered previously. However, the Mercedes-Benz SL is another worthy contender, and although the C8 Corvette handily outsells the SL, dominating its segment with 62 percent segment share during the second quarter of the 2021 calendar year, the new SL is shaping up to be quite the rival all the same. 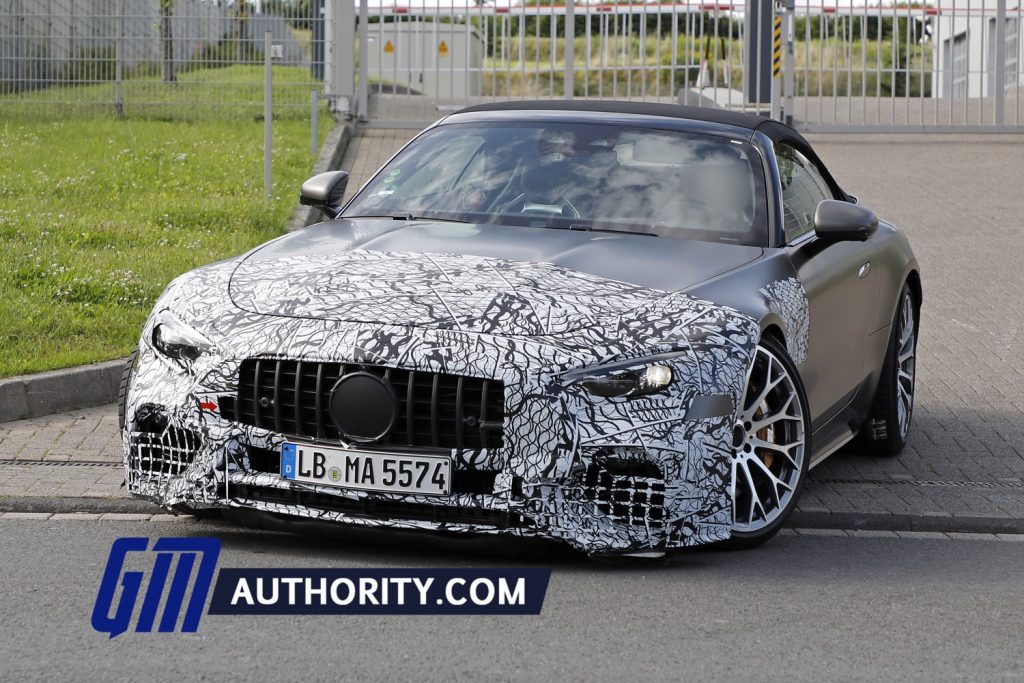 For starters, AMG is playing a major role in the new vehicle’s development and engineering, which means it will surely have the performance needed to raise a few eyebrows. That go-fast attitude will be underlined with new styling inspired by the venerable Mercedes-Benz 300 SL, while the roof configuration will go from a retractable hardtop, to a folding fabric unit. 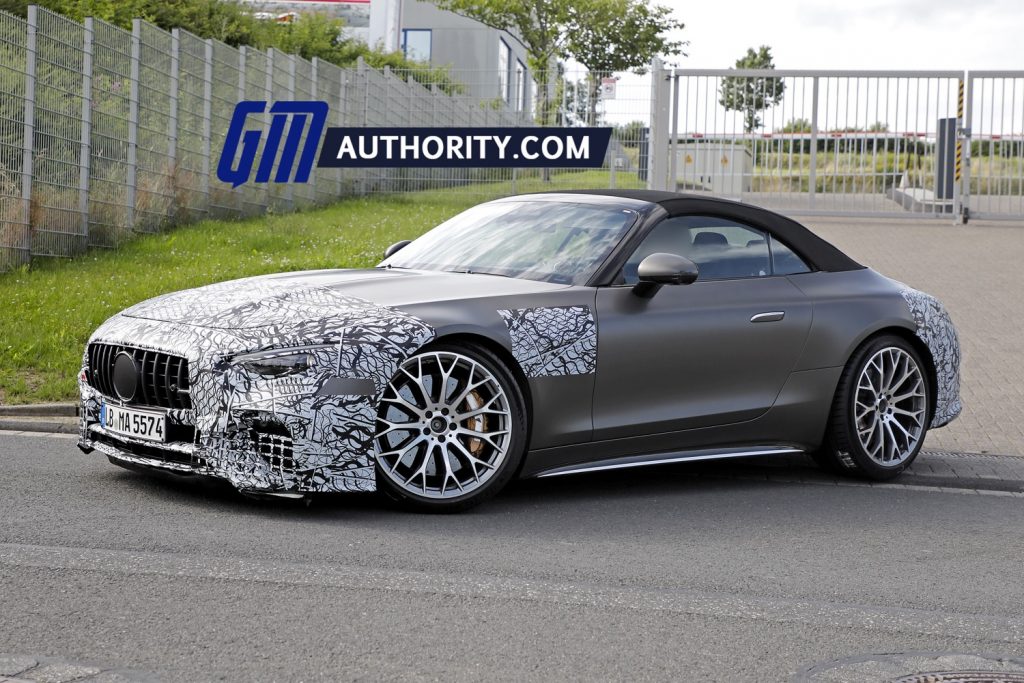 Another critical update will be the addition of two new rear seats, bringing the cabin layout to a 2+2 configuration. Previously, the SL was known as a two-door roadster, but with a new 2+2 layout, the 2022 Mercedes-AMG SL will inch that much closer to the Porsche 911. 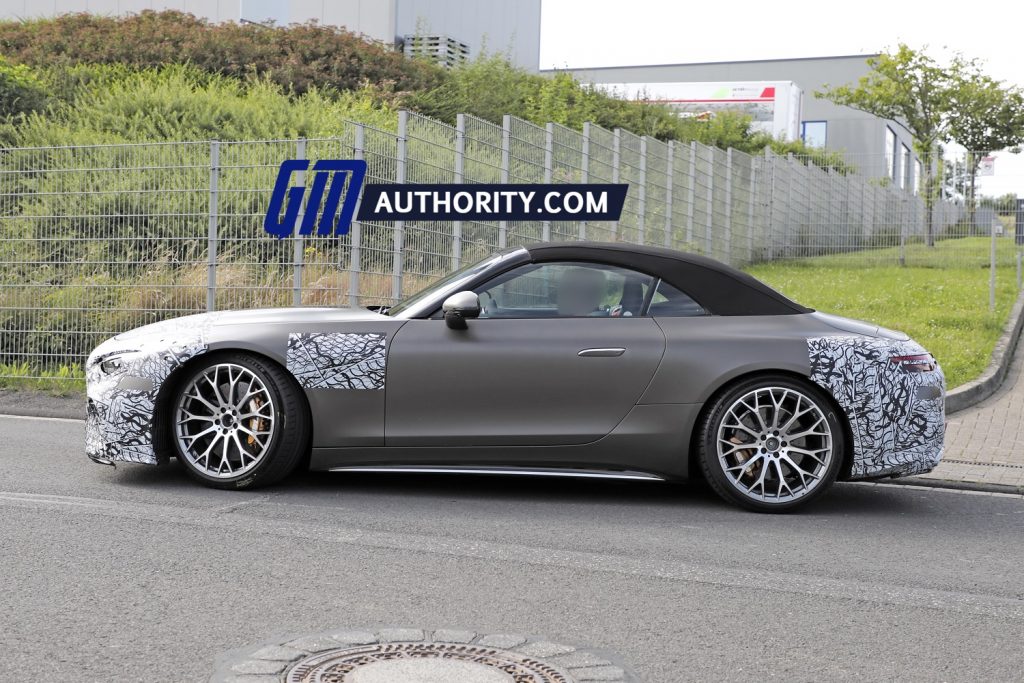 The new model’s lineup will start with the SL 43 and rear-wheel drive, while at the top of the heap, Merc will offer the SL 73e with 4Matic all-wheel drive. The range-topping power spec in the SL 73e will include a hybrid, twin-turbo 4.0L V8, the same system expected to throw down 800 horsepower in the upcoming AMG GT 73e. 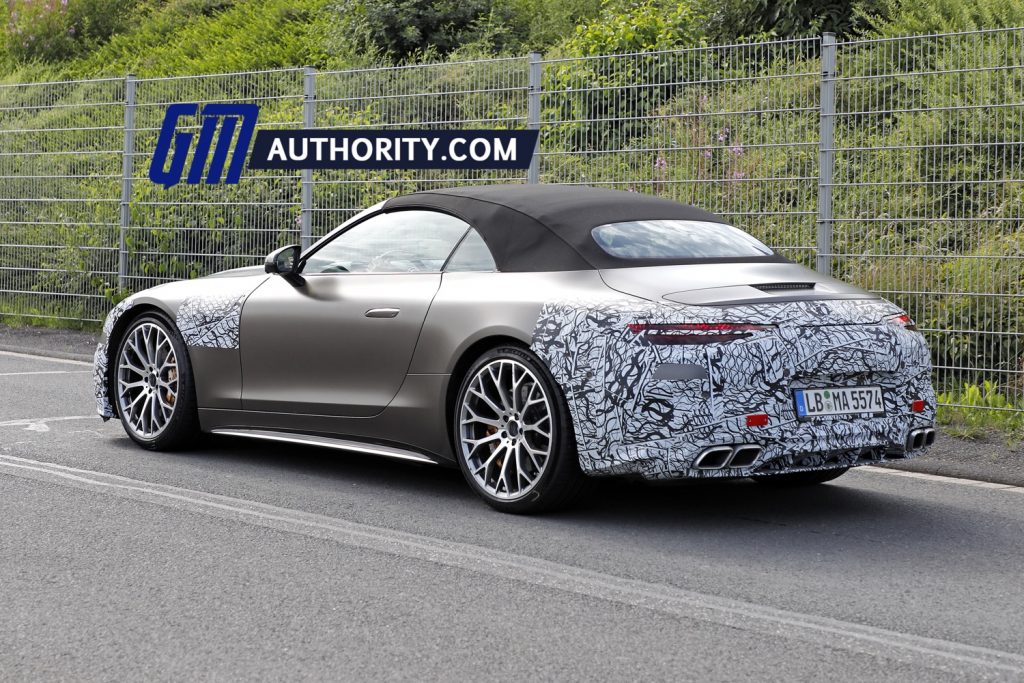 For the moment, the current SL has not performed all that well in terms of sales – in fact, it’s one of the slowest-selling models in the German automaker’s lineup. Nevertheless, the new 2022 Mercedes-AMG SL could very well change that. Look for the new Mercedes-AMG SL to debut late in the 2021 calendar year, with sales kicking off in 2022. 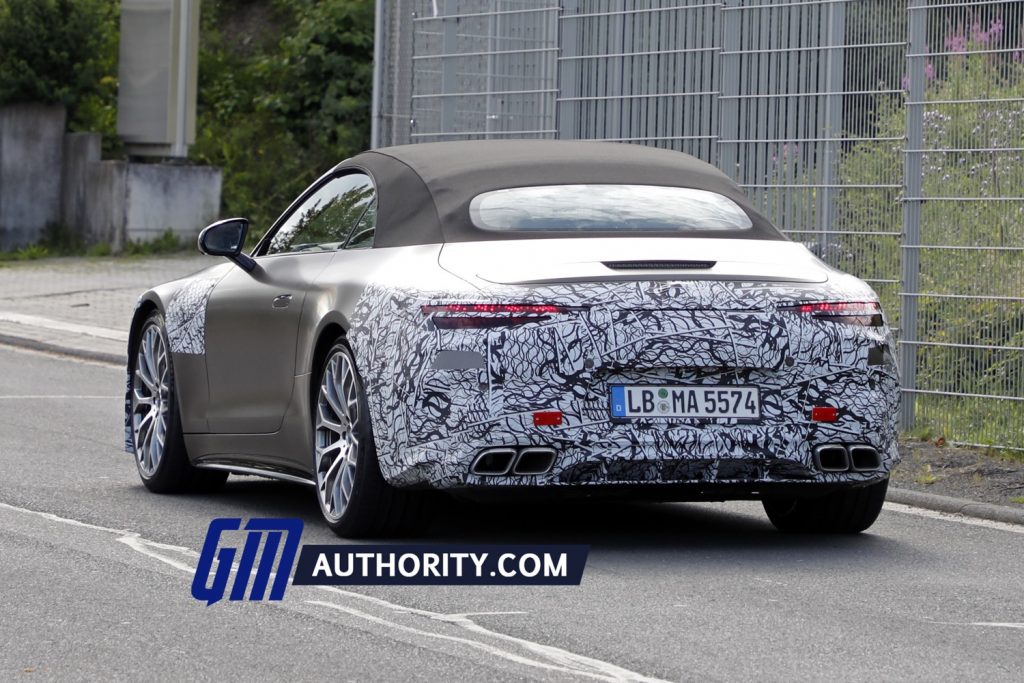 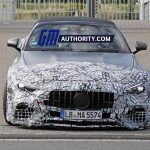 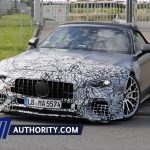 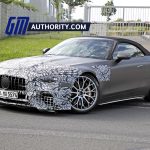 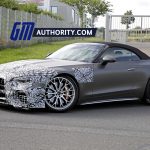 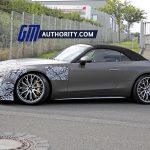 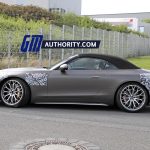 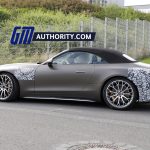 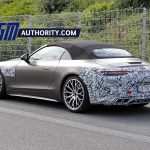 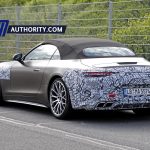 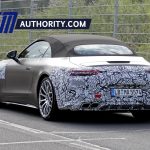 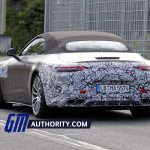