Earlier this week, the folks over at Chevrolet Performance teased a forthcoming announcement by saying they had “something big” on the way. We assumed this announcement could be for the rumored new 6.6L L8T V8 crate engine, but it seems we were a bit off base. Rather, the announcement was regarding the new 2022 COPO Camaro – although our assumption that this announcement involved a large displacement V8 wasn’t too far from reality. 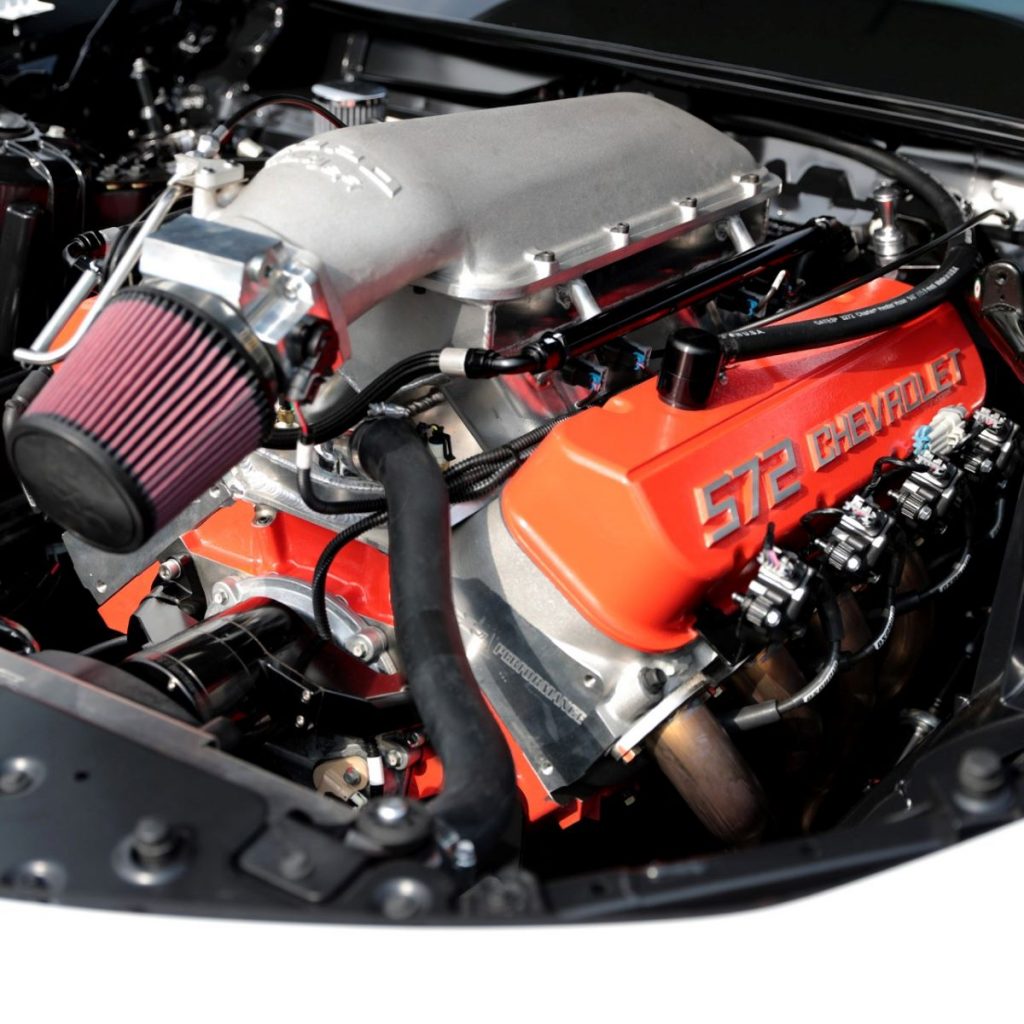 We say that because under the hood of the 2022 COPO Camaro is a massive new 572 cubic-inch V8 Big Block. This race-bred motor features an iron block, aluminum heads, a forged steel crankshaft, forged steel connecting rods and forged aluminum pistons. It’s not clear how much power the Big Block makes in the new COPO Camaro, although Chevy sells a version of it in crate engine form, which produces 727 horsepower at 6,800 RPM and 680 pound-feet of torque at 4,900 RPM. 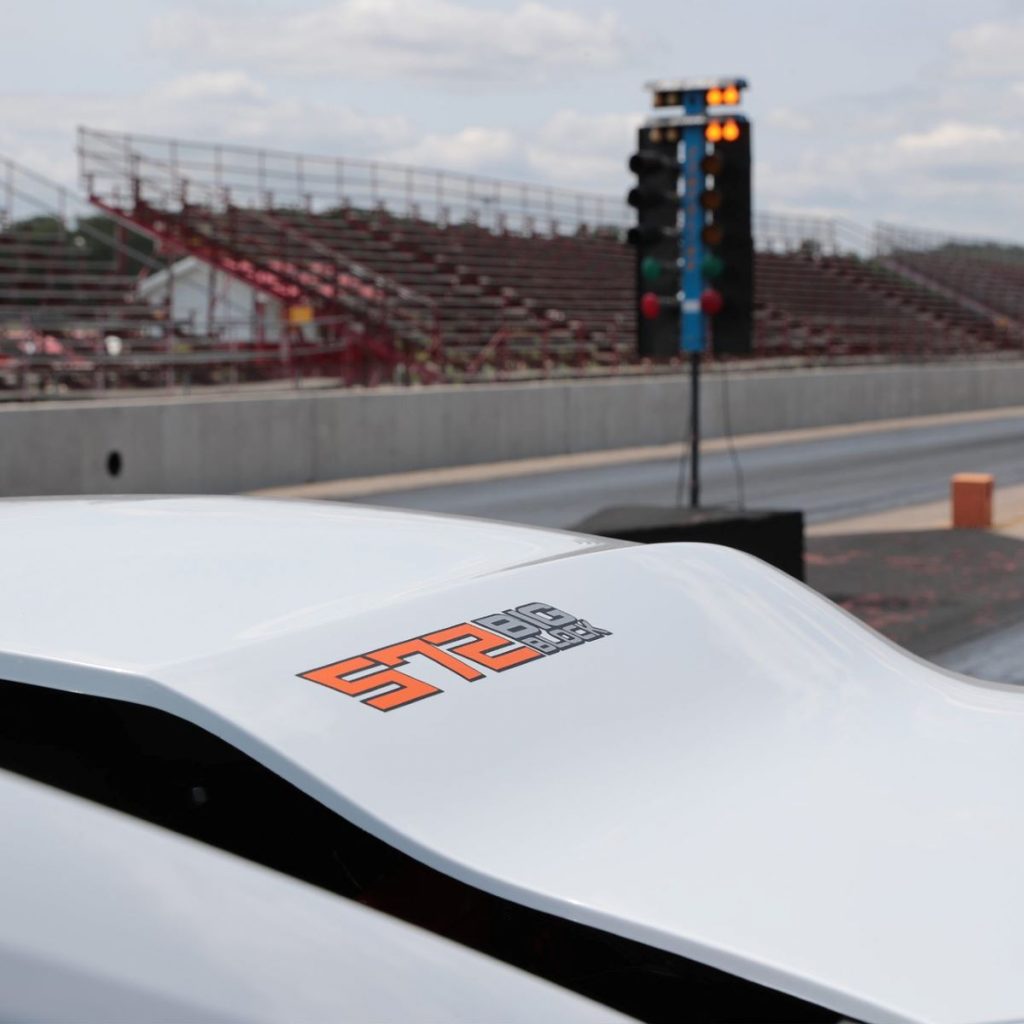 In addition to the new 572 Big Block, the 2022 COPO Camaro can also be ordered with a supercharged 350 cubic-inch V8 or a naturally aspirated 427 cubic-inch V8. The 350 is rated at 580 horsepower by the NHRA, while the 427 produces 470 horsepower. No matter which of the three available engines the customer chooses, all will come paired with a TH400 three-speed automatic transmission built by ATI Racing Products. 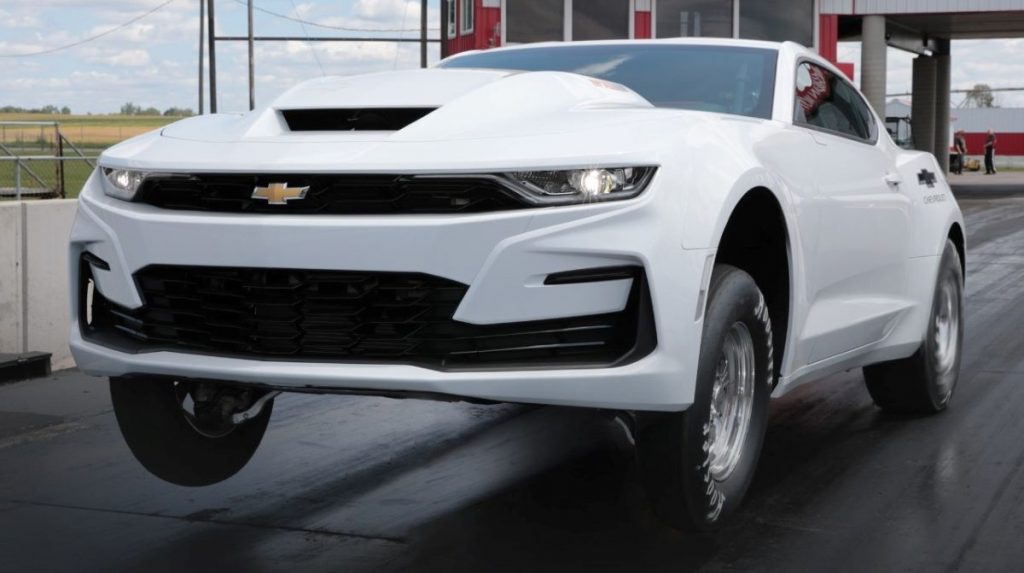 The COPO Camaro, for readers who may not be aware, is a purpose-built drag racing version of the sixth-generation Chevy Camaro that is eligible for the NHRA Stock and Super Stock Eliminator classes. The name can be traced back to the legendary 1969 COPO Camaro, which was a racing version of the muscle coupe that was only available to order via the little-known “Central Order Production Office” system. Today’s limited-production COPO Camaro models “channel the spirit of the original,” the automaker says, giving drag racers the opportunity to buy a factory race car directly from Chevy.

The 2022 COPO Camaro also comes standard with a carbon fiber hood and wheelie bars, while a trunk-mounted weight box and parachute are available as options. Interested parties can place an order for a 2022 COPO Camaro via Chevy’s website at this link. Unlike in previous years, production won’t be limited to 69 units and orders will be filled on a first-come, first-served basis.