The supercharged 6.2L V8 LT4 gasoline engine is a beast right out of the box. Found in such hot-to-trot machines as the Cadillac CT5-V Blackwing, C7 Chevy Corvette Z06, third-generation Cadillac CTS-V, and Chevy Camaro ZL1, the LT4 is a fantastic choice for anyone looking to go fast. Now, one racer has swapped an LT4 into his 1993 Chevy pickup, blessing it with enough muscle to charge down the quarter mile in 10 seconds. 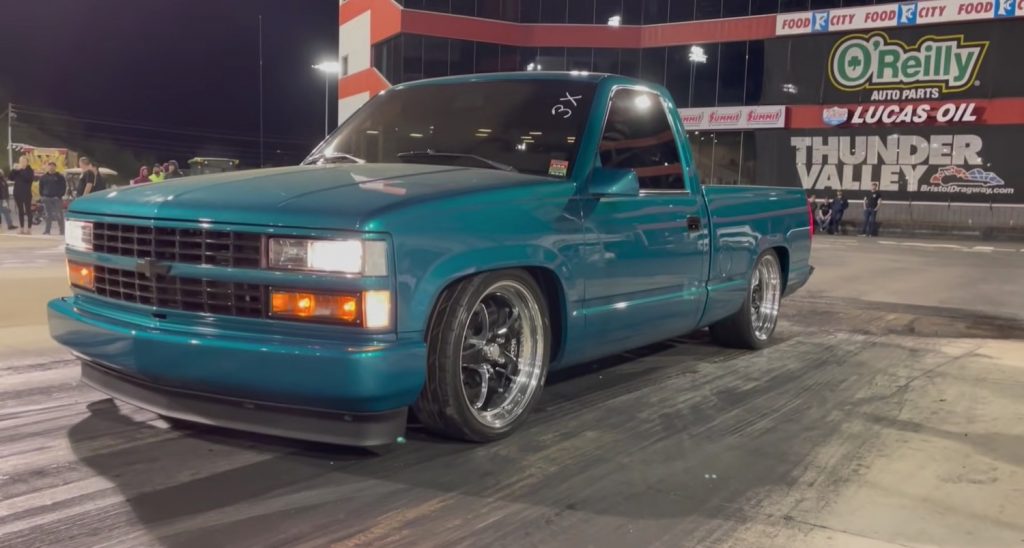 As featured on the Stangkilr Productions YouTube channel, this LT4-powered 1993 C1500 Chevy pickup throws down a heady 800 horsepower at the rear wheels when running E85 fuel, with all the go routed through a 10-speed automatic transmission. Putting the power to the pavement is set of 20-inch Nitto 555R2 drag radials, while Wilwood brakes haul it down. Curb weight for the setup is rated at approximately 4,500 pounds with the driver onboard, according to the owner. 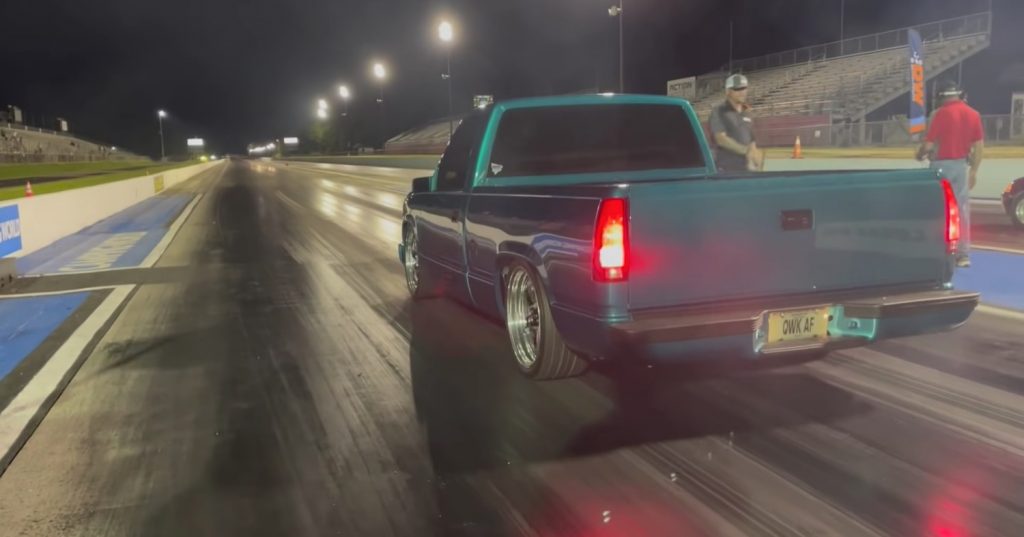 The video includes a fair amount of drag racing action, most of which takes place at the Streetcar Takeover event in Atlanta. The 10-minute 32-second video starts off with low-traction run in the 11s, followed by a 10.84 at 130 mph.

Clearly, the driver is taking it easy, gingerly launching his truck to minimize wheel spin. With the right setup, a run deep in the 10s is definitely within reach, while 9s aren’t too far away either.

The second run ends with an engine code that reduces engine power, but on the third pass, the upgraded Chevy pickup hits 10.87 at 131 mph. For the fourth pass, the driver gets on it a little harder out of the hole, managing a 10.71 at 131 mph.

Although the Chevy pickup could use more traction, something as simple as extra meat in back could be the fix, possibly with 17-inch wheels and a stickier compound.

The end of the video includes additional footage, including a nasty Viper running a 7.23, as well as on-the-ground footage of the crew headed to the Bristol Motor Speedway, which was recently covered in dirt as a throwback to NASCAR’s roots.