The GMC Suburban began life in 1934 as a 1935 Chevrolet Carryall Suburban. The Suburban name has been in continuous use longer than any other, with the only production hiatus occurring during World War II. From 1943 to 1945, the Suburban was built for the United States military as a transport vehicle. 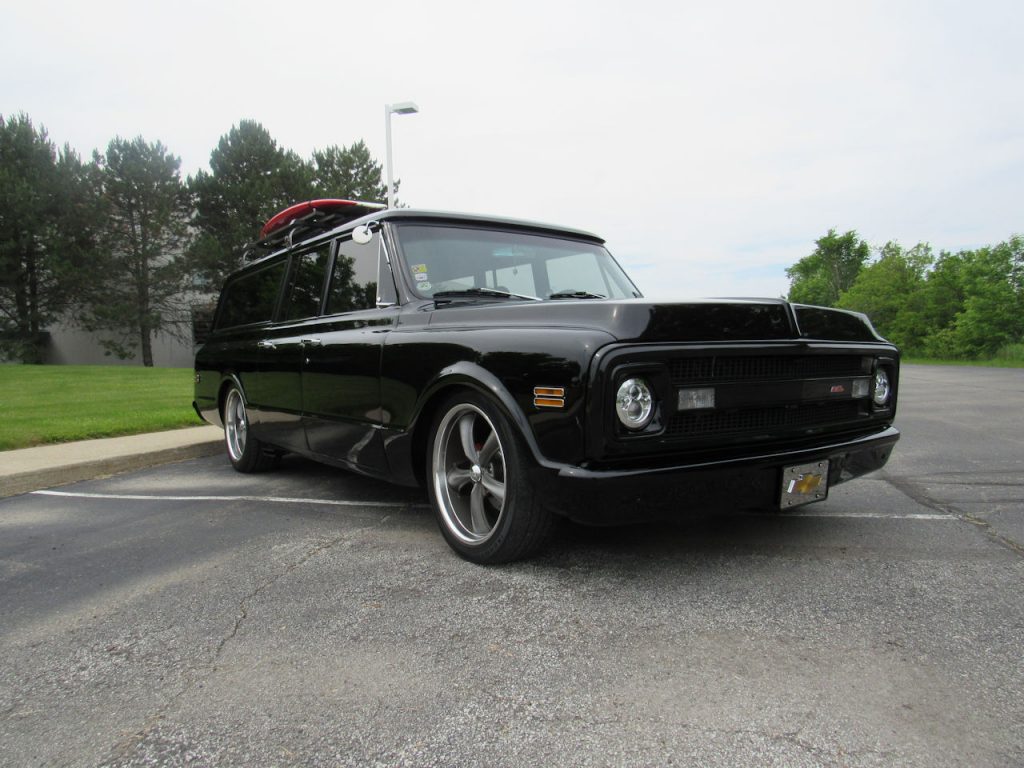 The Chevrolet Suburban saw a restyle in 1967 for its sixth generation. It was built on the same platform as Chevy pickups and the K5 Blazer. The driver side featured a single door, with two doors on the passenger side. Suburbans could be had in either two- or four-wheel drive. Engine offerings were diverse, with 250 and 292 cubic-inch six-cylinder engines available, as well as 283, 307, 327, and 350 cubic-inch Small Block V8s and the 396/402 cubic-inch Big Blocks. A three-quarter ton version of the Suburban was offered for the first time. 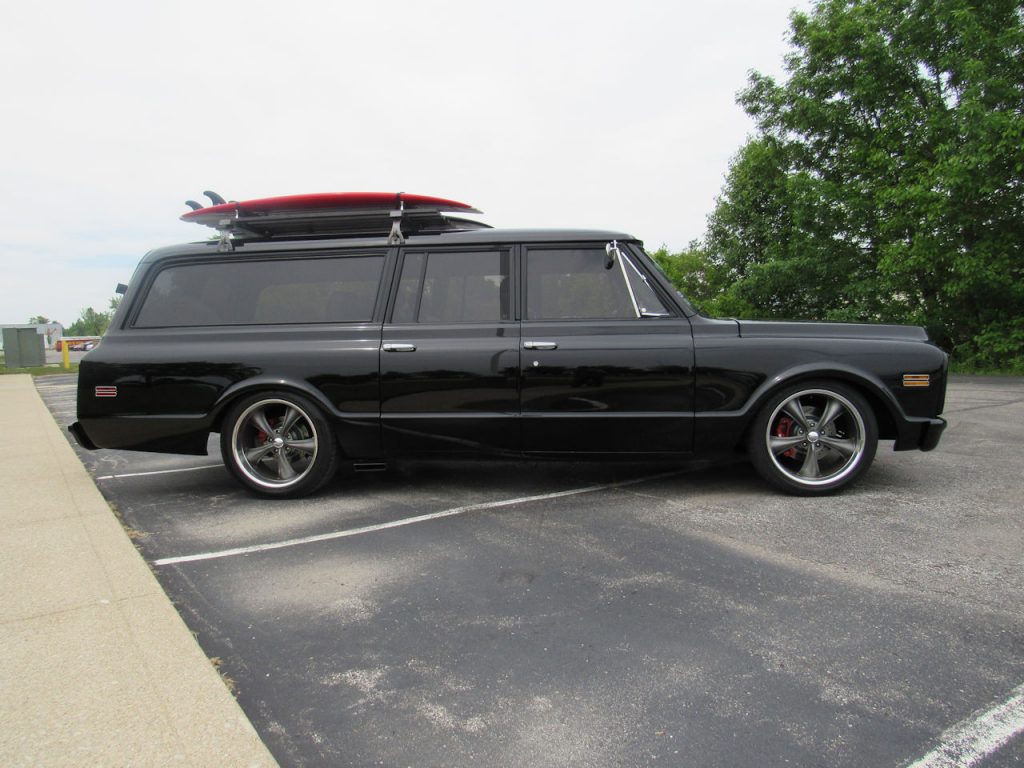 Our feature Suburban has been highly customized. Most of the exterior trim has been deleted or smoothed. A gleaming black finish has been applied to a high standard. The suspension has been lowered, and it rides on Boss 338 wheels and low-profile rubber. Behind those wheels, a CPP Big Brake with drilled and slotted rotors boosts stopping power. The windows are deeply tinted. A rooftop surfboard rack has been fitted, and two boards await the new owner. A hidden trailer hitch has been mounted to pull a matching trailer constructed from a 1972 GMC long bed pickup. 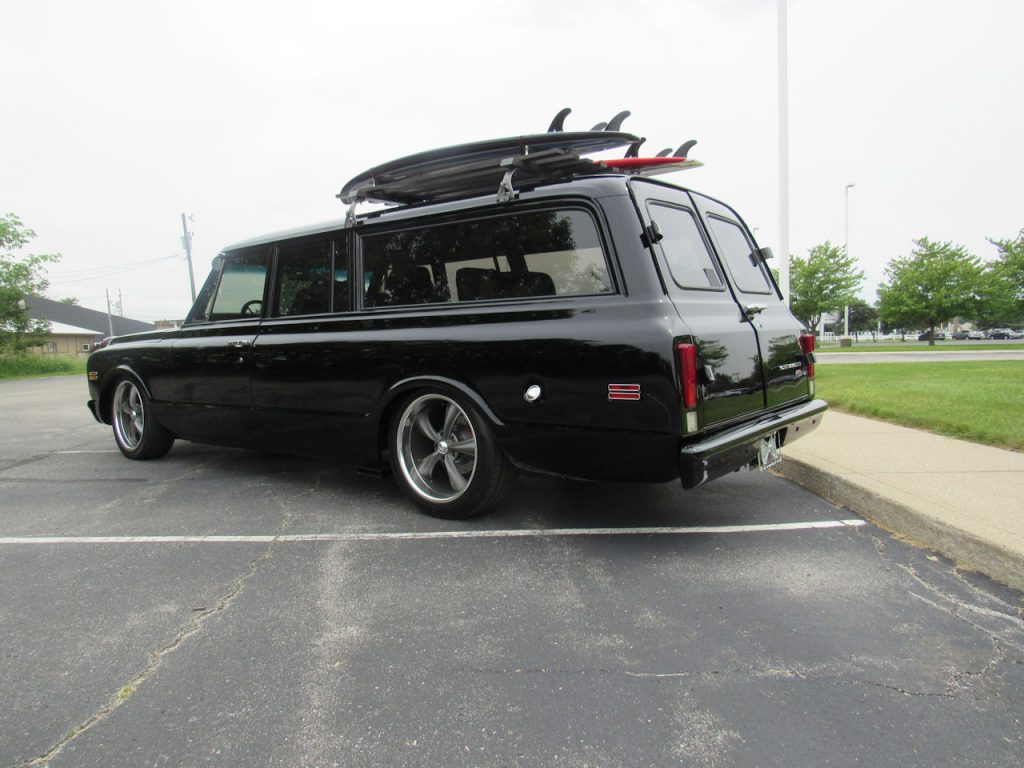 The interior of this Chevy Suburban has modern GM gray leather power truck seats with armrests and matching consoles have been fitted in place of the originals. Factory gauges have been replaced by white-face replicas. A tilt column holds up a custom black three-spoke steering wheel. A center stack features auxiliary gauges, switches, a power point, aftermarket head unit, and a CD changer. Aftermarket climate controls have replaced the originals, and a modern A/C system now feeds the cabin. Two overhead consoles house TVs, and a third-row seat faces out the windows of the rear barn doors. 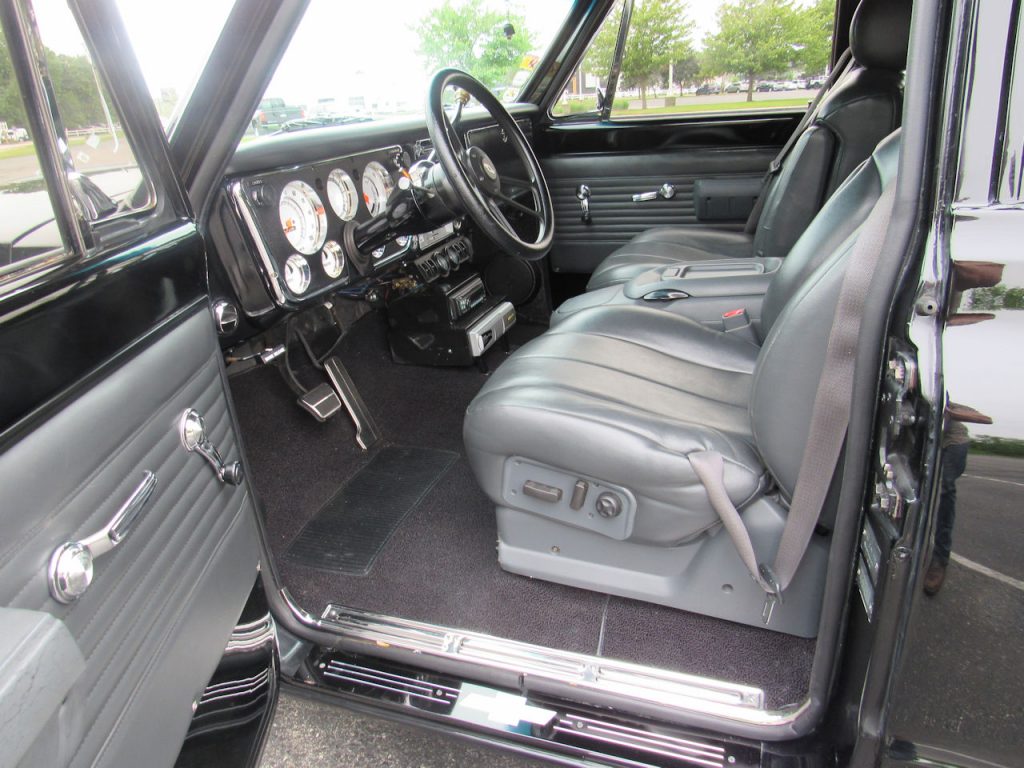 The engine compartment of the Chevy Suburban has been smoothed and customized. Everything has been painted the same glossy black as the exterior. The V8 has gotten the black-out treatment as well, with custom trim fitted throughout. It is fed by a 102-millimeter throttle body, and exhales through a set of Speed Engineering long tube headers and MagnaFlow mufflers.  The motor is backed by a 4L60e four-speed automatic. A modern aluminum radiator with dual electric fans keeps everything running cool. 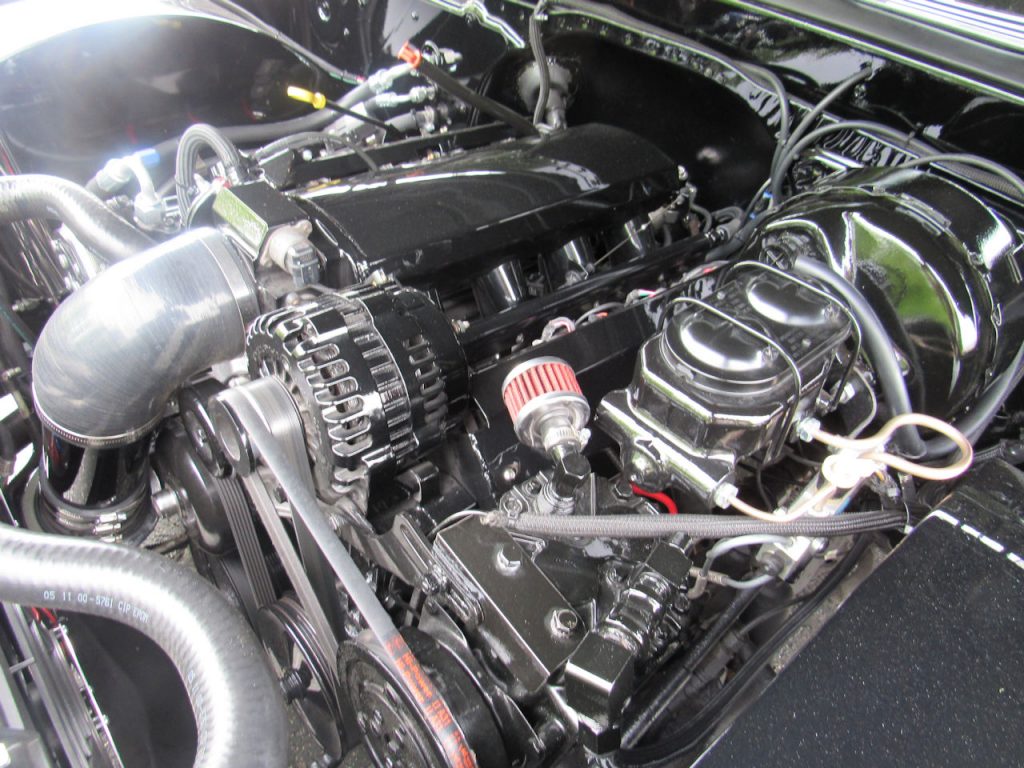 This customized restomod Chevy Suburban is offered by Gateway Classic Cars for $98,000. 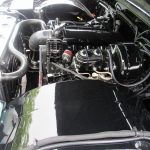 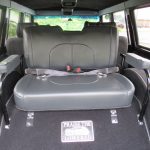 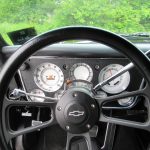 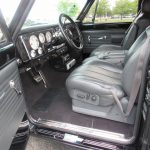 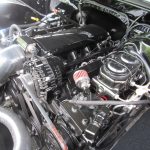 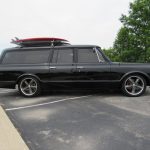 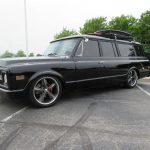 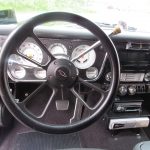 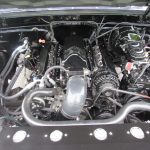 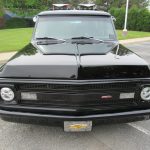 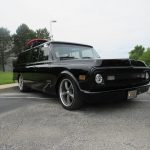 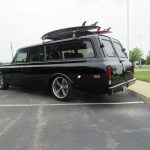 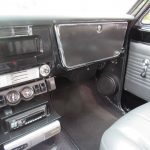 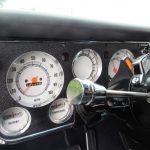 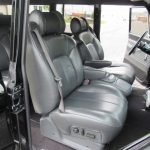 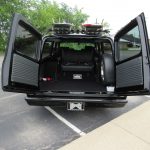 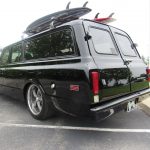 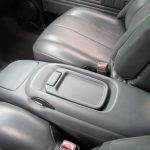 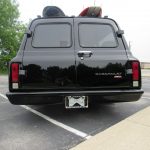