When it comes to old-school performance, it’s hard to beat the 427 cubic-inch L88 engine. This race-derived eight-cylinder, which saw brief duty in the C2 and C3-generation Chevy Corvette, featured a high 12.5:1 compression ratio and a four-barrel Holley 4150 carburetor, pushing output to a factory-stated 430 horsepower – though many enthusiasts maintain the L88 produced a lot more than that. 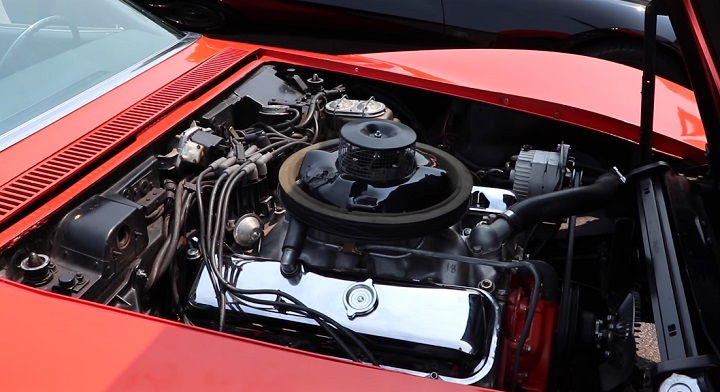 The YouTube channel Cars and Zebras recently caught up with a 1969 model-year Chevy Corvette equipped with the legendary L88 V8 engine at a drag racing event in Michigan. This exceedingly rare muscle car participates in the factory stock ‘FAST’ drag racing series (which stands for Factory Appearing Stock Tire), with the owner showing modern-day car enthusiasts what this 1960s performance icon was truly capable of in-period.

The L88 in question found a worthy opponent in the FAST Series in the way of a 1972 Dodge Coronet R/T, which features a 426 cubic-inch HEMI V8 engine producing about 425 horsepower. Both of these stock muscle cars feature three-speed automatic transmissions as well, evening the playing field a bit. With a close match-up like this on the docket, Cars and Zebras rightly pulled out their camera and filmed these two proverbial heavyweights going head-to-head.

While the claimed factory output of these two is very similar, the Chevy Corvette is significantly lighter, tipping the scales at 3,454 pounds with the driver. The Dodge, by comparison, weighs in at 3,762 pounds without the driver, so it would be closer to 4,000 pounds at the start line. That said, we were pleasantly surprised at this Mopar’s straight-line performance. Don’t be misled by its bulky body and spacious interior – this big Dodge can move.

Place your bets and see who wins this classic American drag race in the video embedded below.