With some custom builds, it’s obvious that the amount of work and attention to detail go above and beyond. Such is the case with this 1969 Chevy Camaro, as featured in the following nine-minute video.

Coming to us from the AutotopiaLA YouTube channel, the 1969 Chevy Camaro restomod is more than a modernized muscle car – this thing is practically dripping with high-dollar fabrication work, with Vintage Fabrication taking responsibility for the unique new look.

Outside, we spot bright orange paint complemented by gray stripes, while LED lighting illuminates the way forward in a two-tone front end. The reshaped body gives this two-door some aggressive drag racing vibes, which are boosted by a forward-leaning rake. To that latter point, the rear fender line was raised by about an inch and a half, while the rear end terminates in a wild rear spoiler blade. 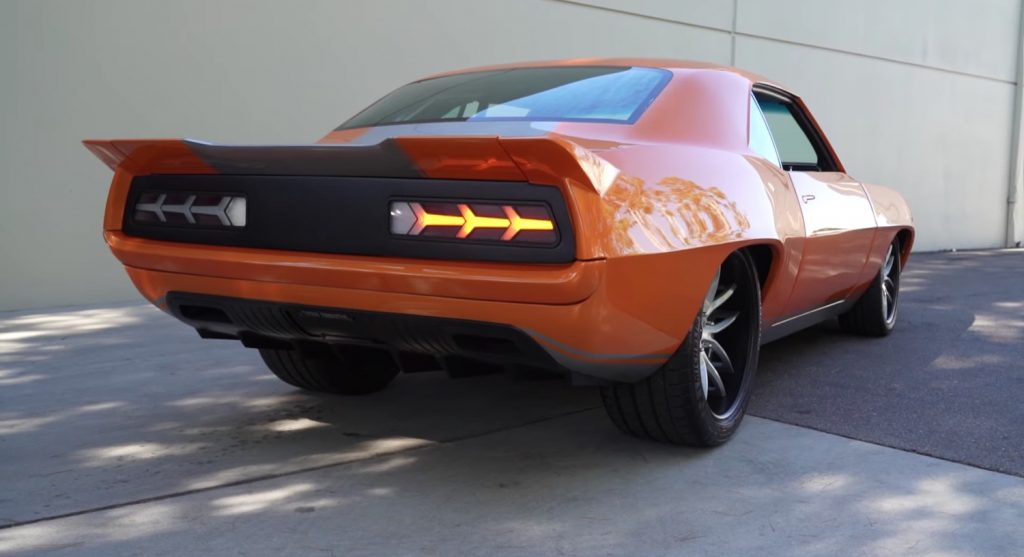 Incredibly, this 1969 Chevy Camaro is all-metal, with the intricate new lines all done by hand. Also check out the flush glass and exhaust work, not to mention the clear hood port providing a peek at the engine cover.

More custom work is found in the cabin, with thick stitching in the new upholstery, and a mild cage. Dakota Digital gauges keep tabs on vitals. 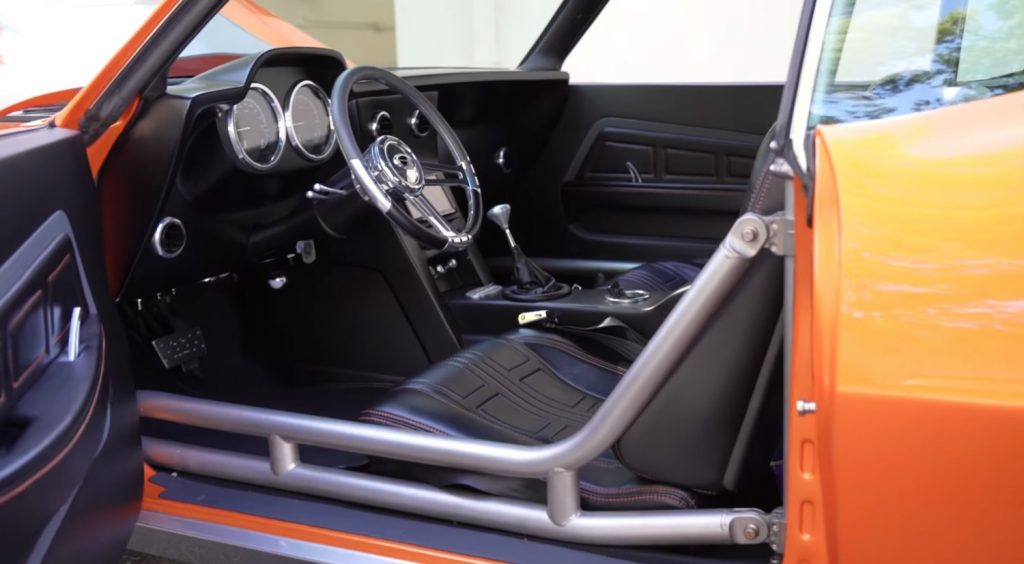 Speaking of which, this 1969 Chevy Camaro restomod is running a supercharged LS9 V8 engine, with more orange and gray in the engine bay. Output is rated at a very healthy 730 horsepower and 670 pound-feet of torque. 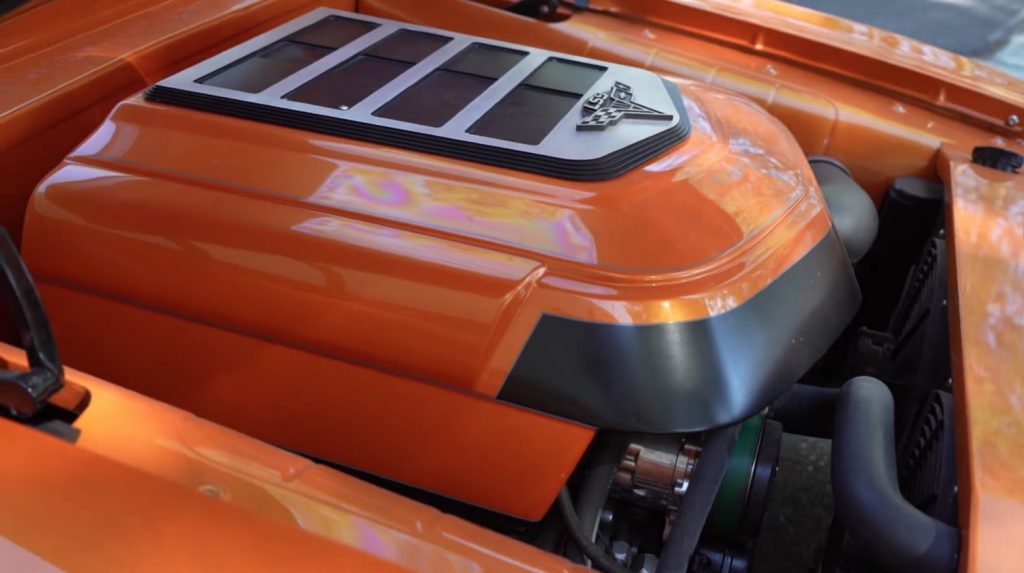 Keeping it shiny side up is custom fabricated suspension, plus Wilwood brakes with six-pot calipers and drilled and slotted rotors.

All told, this 1969 Chevy Camaro certainly looks unique, and is the product of an absolutely mind-boggling amount of fabrication work and custom touches. High-end stuff all around, no doubt about it.