1948 was the final year of the basic design for the Pontiac Streamliner, a design that Pontiac had been selling since before World War II. The Streamliner was built in two-door, four-door, and wagon configurations, with a “woody” version of the wagons available. The 1948 model year carried over the Silver Streak styling, with emblems on both front fenders that included the “8” denoting the Straight Eight that powered them. The 1948 edition saw the introduction of General Motors’ new Hydramatic automatic transmission, which equipped about three-quarters of the Streamliners sold. 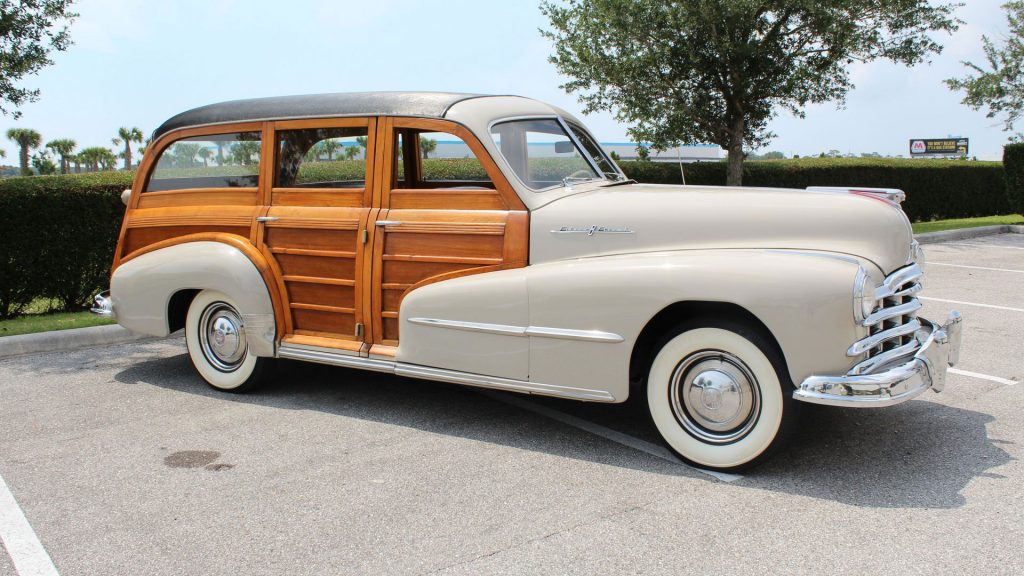 Our feature car is a 1948 Pontiac Streamliner Woody Station Wagon. Finished in Frances Ivory with a burgundy vinyl and wood interior, this wagon has its original numbers-matching drivetrain, and has been kept in very presentable condition. The paint presents well, having obviously received exacting care. Chrome and stainless both shine brilliantly, as do the polished hub caps. The wood looks to be in exceptional condition, and has either been exceptionally well preserved or masterfully restored (woody restorations can be particularly trying). 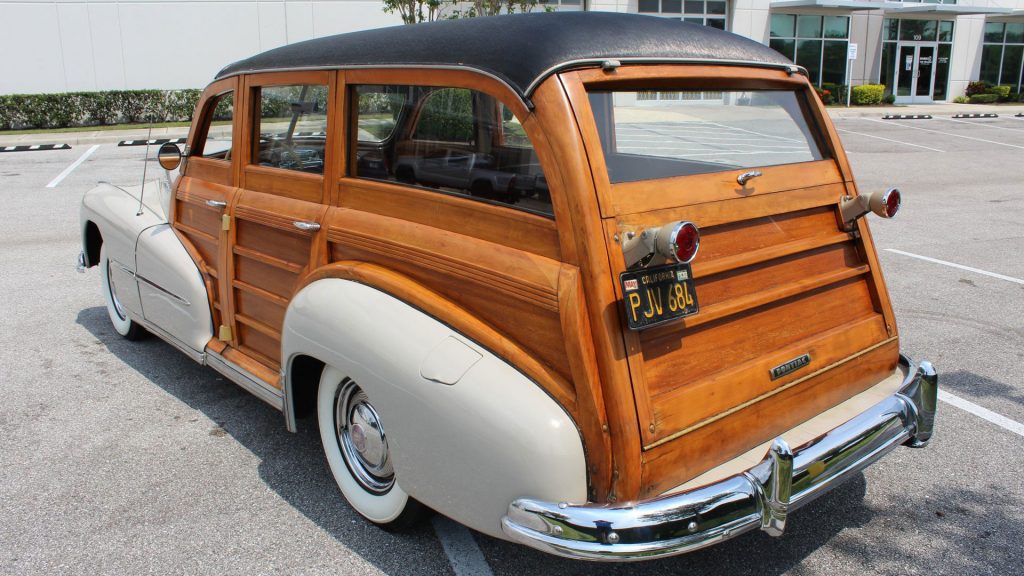 The interior of the Pontiac Streamliner Woody Wagon is lavished in wood surfaces, as it forms the door panels, roof, and cargo area within the metal framework. The door panels are beautifully finished, with just slight signs of use present. The front and rear bench seats are both covered with an attractive burgundy vinyl. The dash features a large speedometer centered in front of the steering column with gauges on either side. The center portion of the dash is dominated by the radio and speaker, while the passenger side has a large clock. The roof is formed by wooden slats that run most of the length of the roof, supported by wooden arches. The rear cargo area looks to have seen some use, but the finish there could be corrected if the new owner wished to do so. 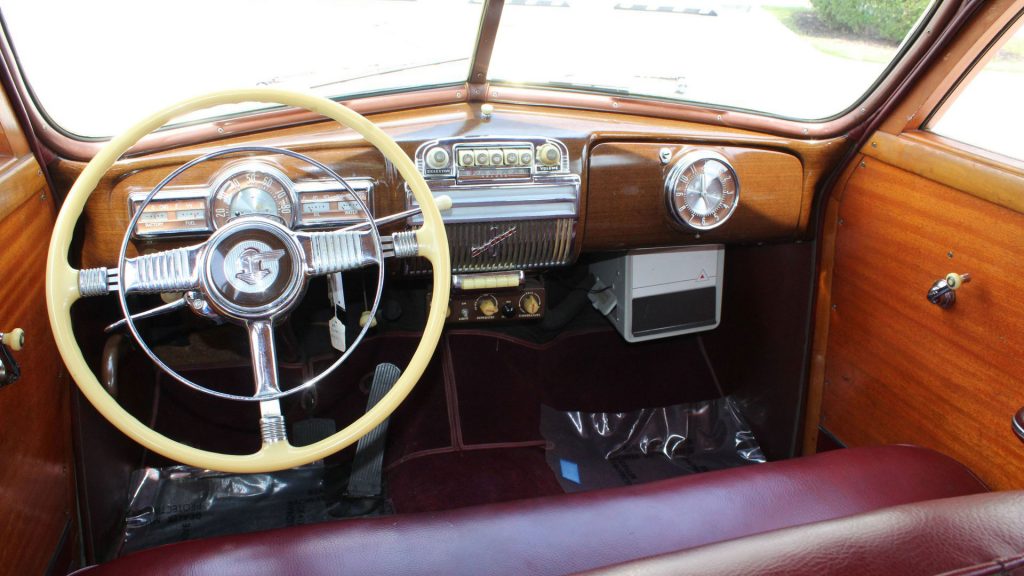 Beneath the hood of the Pontiac Streamliner Woody Wagon resides the original Straight Eight engine in a tidy engine compartment. The engine is fitted with the original carburetor, air cleaner, and manifolds. 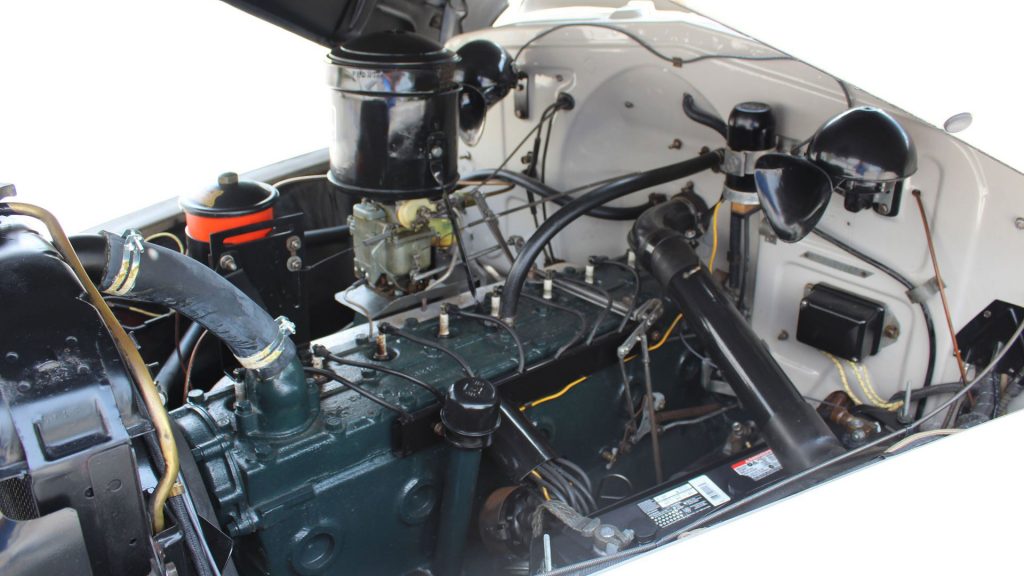 Included in the sale is the original spare with jack and tools, as well as service records. This Pontiac Streamliner Woody Wagon is available from Classic Cars of Sarasota for $67,900. 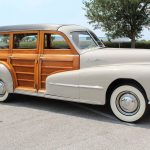 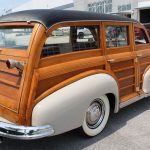 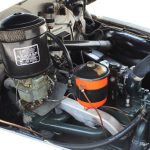 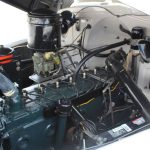 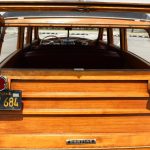 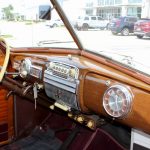 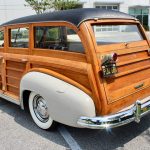 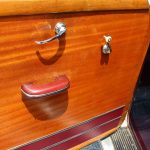 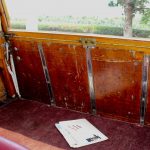 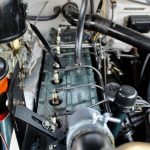 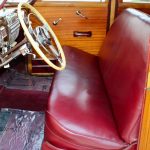 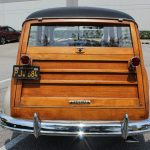 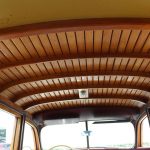 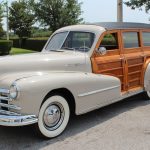 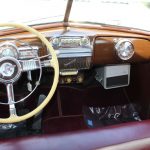 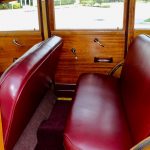 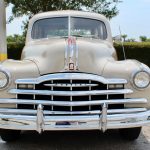