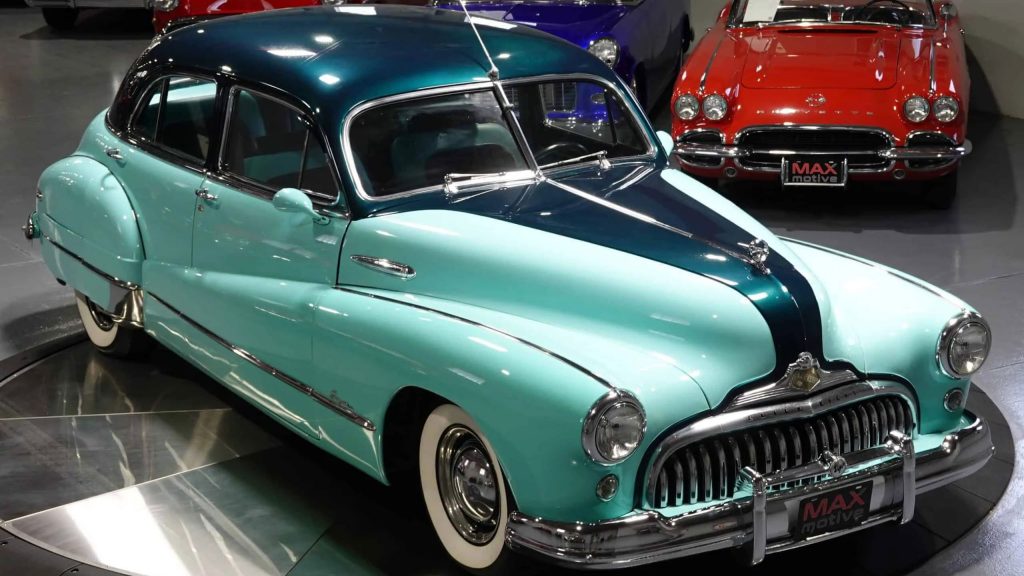 One way to correct that less-than-stellar performance is to take the powerplant from one of Buick’s muscle car heroes, the 455 cubic-inch V8 from a 1970 Buick GS Stage 1, and transplant it into a stylish 1948 Buick Super Eight. Add modern power seats, a custom turquoise and green paint scheme, and other luxury touches like air conditioning, power brakes, power steering, and tilt wheel, and you not only have a comfortable, stylish cruiser with more than adequate power, but also an early example of what would come to be known as a restomod. 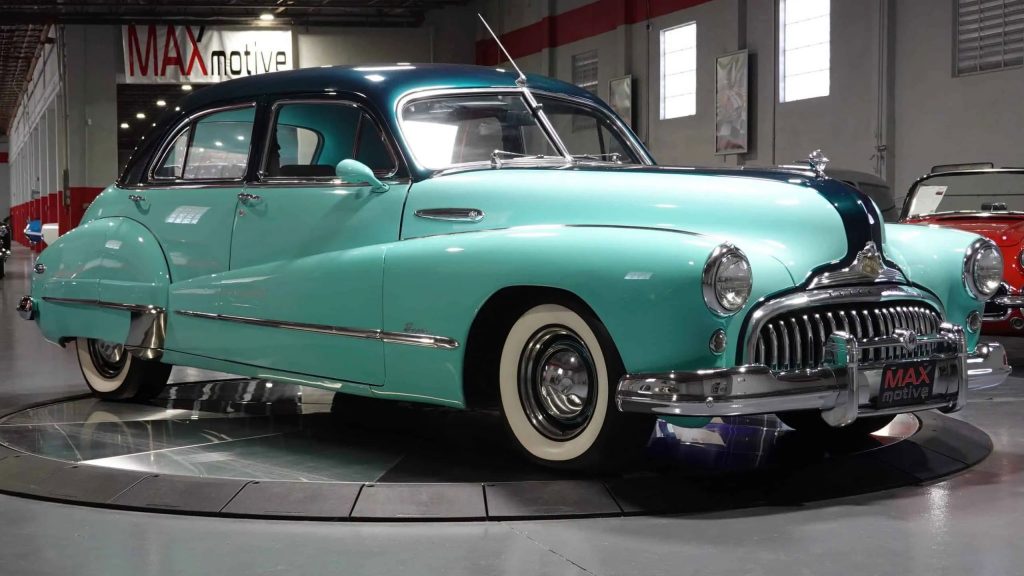 The exterior of our feature Buick Super Eight is finished in an attractive turquoise with green metallic that covers the roof and runs down onto the top of the hood. Chrome appears to have been well-preserved, and the considerable stainless trim retains good shine. Each of the front fenders still sport the “Super” script, which was new for 1948. The steel wheels are topped with chrome hub caps and shod in wide white radial tires. 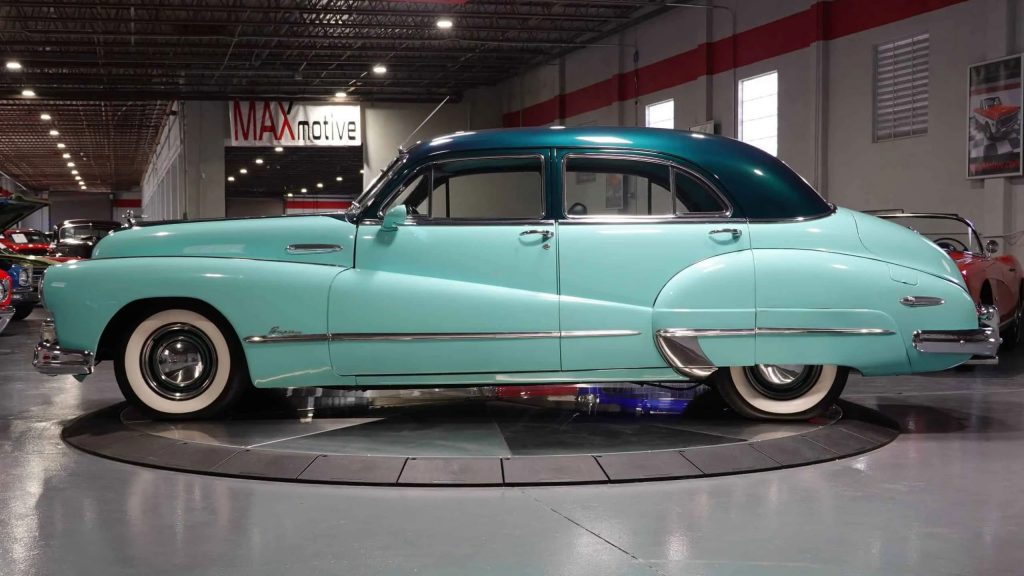 Under the hood, the original Buick Straight 8 has been replaced by a considerably more potent 1970 Buick 455 cubic-inch V8 from a Stage I GS, booting power from 110 horses to 350. The 455 moves power rearward through a three-speed Turbo Hydramatic automatic transmission. The engine bay is relatively clean, but is characterized by the exposed hoses and wires that were the hallmark of 1970s GM V8s. A 1970s vintage Frigidaire air conditioning compressor (the ones that would freeze you out of the car!) is fitted. 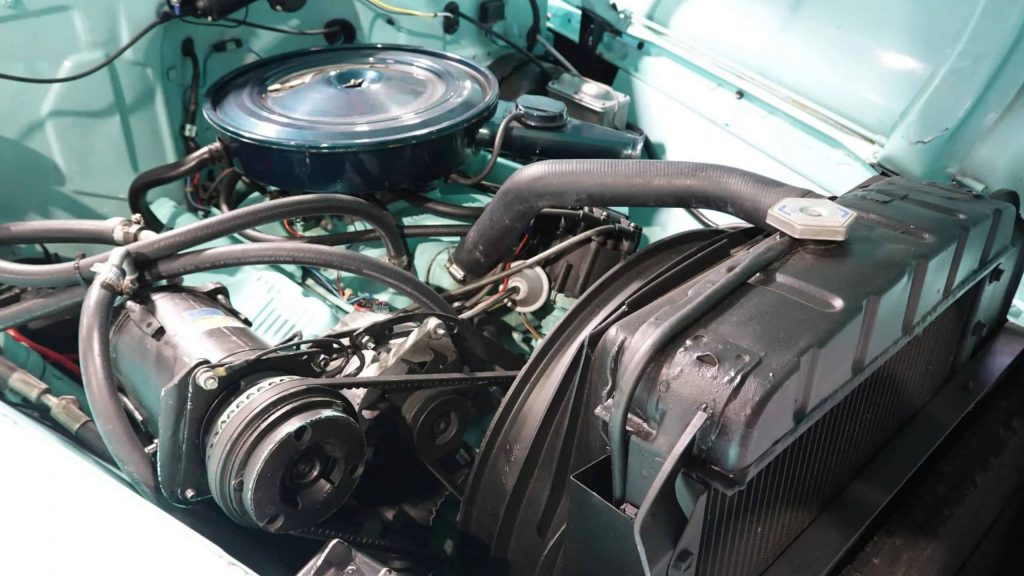 Inside the Buick Super Eight has been fitted with more modern power front seats, with power controls mounted on the floor between the seats and doors. The turquoise and green theme has been carried into the interior, as the seats and headliner are done in colors matching the exterior. A tilt steering column, painted to match the interior, has been mounted, and wears a modern leather-wrapped three-spoke billet steering wheel. Additional auxiliary gauges reside in the dash, and an aftermarket tach is strapped to the steering column. The original radio still resides in the dash, with an aftermarket AM/FM/cassette and climate controls mounted to the underside of the dash. The large factory clock dominates the passenger side of the dash. 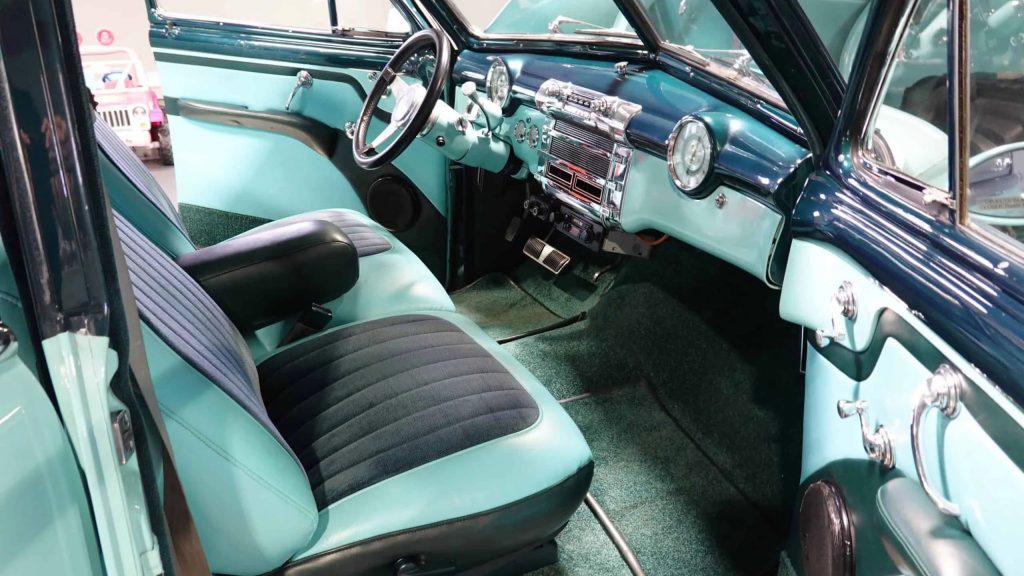 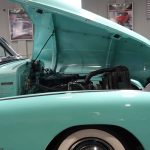 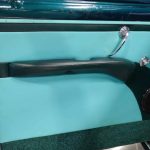 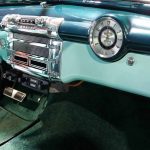 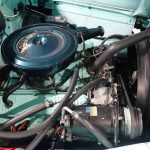 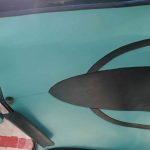 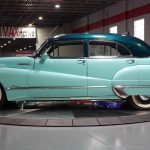 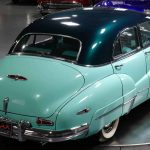 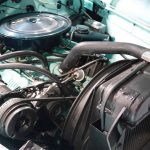 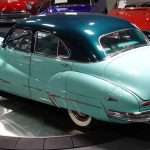 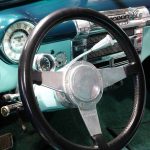 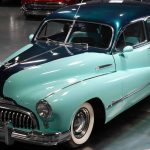 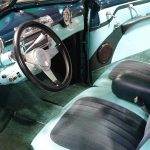 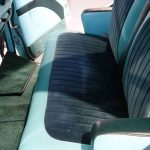 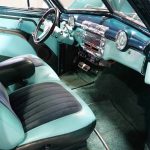 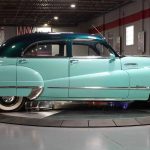 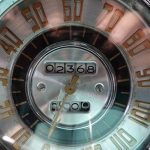 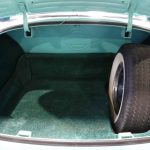 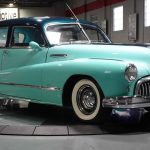 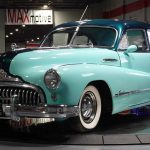 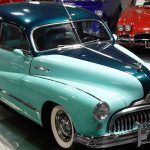