The battle between domestics and imports rages on, with heavy-hitters from both camps diving deep into single-digit quarter-mile times. Such is the case for the two drag racing monsters featured in the following video, which includes a 1,500-horsepower C6 Corvette taking on a 2,000-horsepower Nissan GT-R. 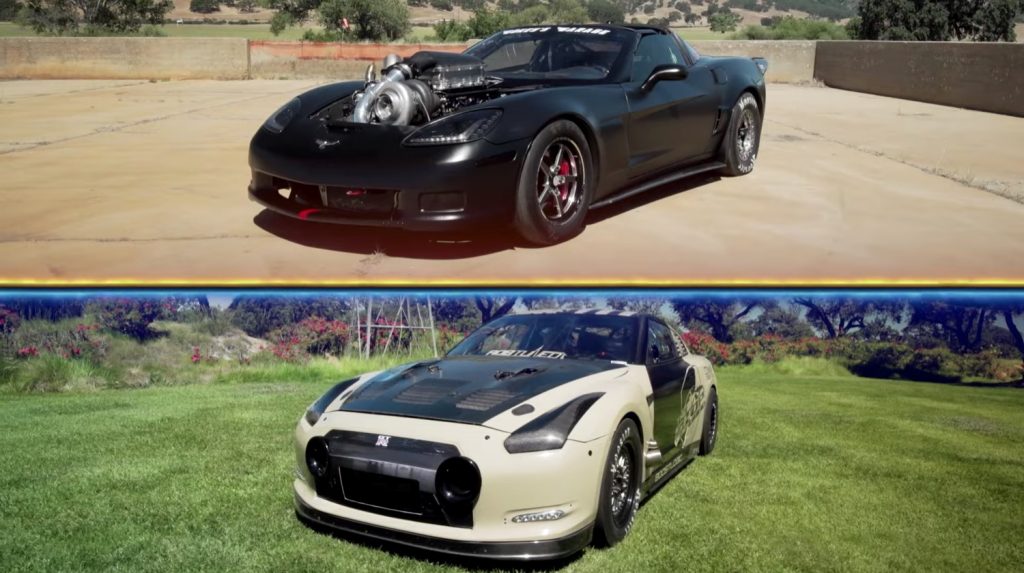 Once again coming to us from the Hoonigan YouTube channel, both machines are no-nonsense, purpose-built drag racers capable of flying down the 1320 in about seven seconds. Let’s start by checking out the C6 Corvette. This particular C6 hails from the 2005 model year, and boasts an absolutely insane 98mm Garrett turbocharger. It’s hard to miss, eclipsing the rest of the motor and sticking out over the hood line by about a foot. This thing is so big it looks like it could eat a seagull in one bite. The monster turbo feeds boost to an LSX 427 V8 engine running 9.0:1 compression, ripping a stout 1,700 horsepower on 21 pounds of boost. For this particular series, though, the C6 Corvette is turned down a bit, making “just” 1,500 horsepower. 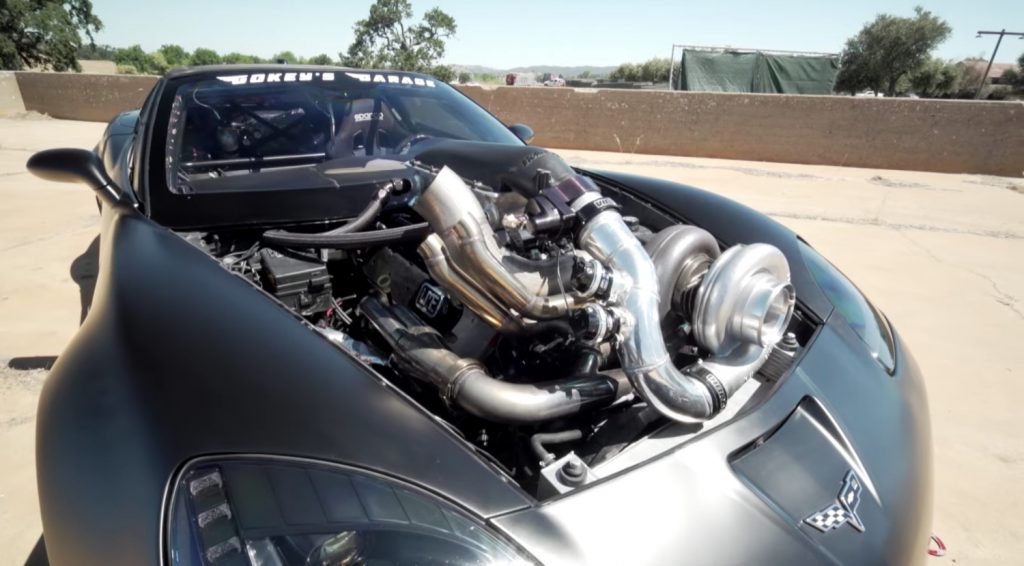 Output is routed rearwards by way of a two-speed Powerglide transmission, with curb weight estimated at around 3,200 pounds. To give the rear meats a little extra stick, the owner added roughly 300 pounds of ballast over the rear axle, as well.

Indeed, this C6 Corvette racecar is gonna need as much traction as it can get, as not only is it running on a non-prepped surface, but the competition has AWD. In the other lane, we find a 2009 Nissan GT-R, which loses two cylinders compared the the Vette, running a 4.1L V6, but with two turbos. Fully unleashed, the setup is good for 2,000 horsepower, which hits the ground through a six-speed dual-clutch transmission and four sticky Hoosiers. 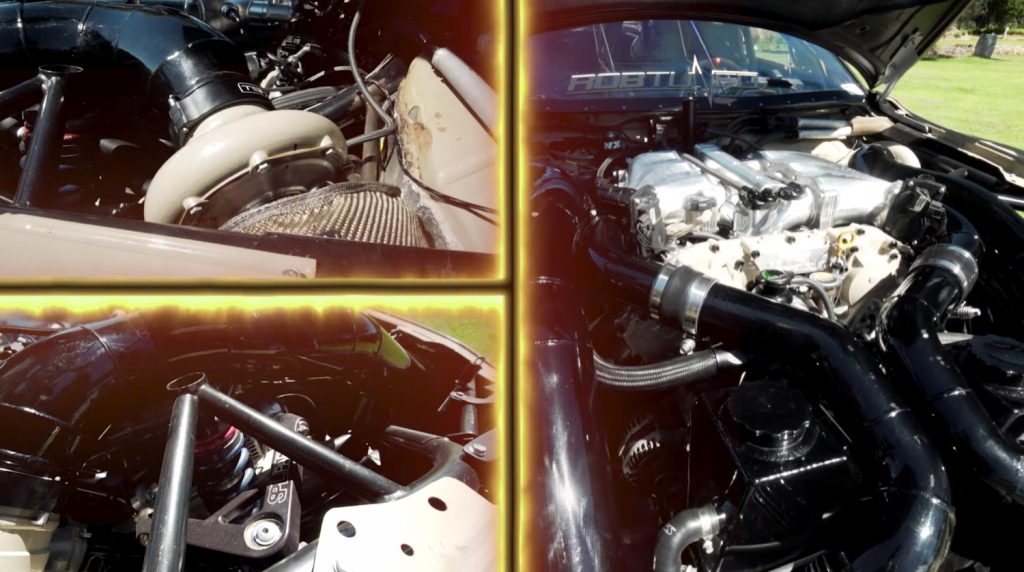 Can the C6 Corvette hook up, or does the Nissan have the edge it needs to win? Hit play to find out.