As far as we’re concerned, going fast and looking slow beats going slow and looking fast any day of the week. This 1967 Chevy C10 pickup is a fantastic example of what we’re talking about, prowling the streets in full sleeper guise with 1,200 horsepower under the hood. 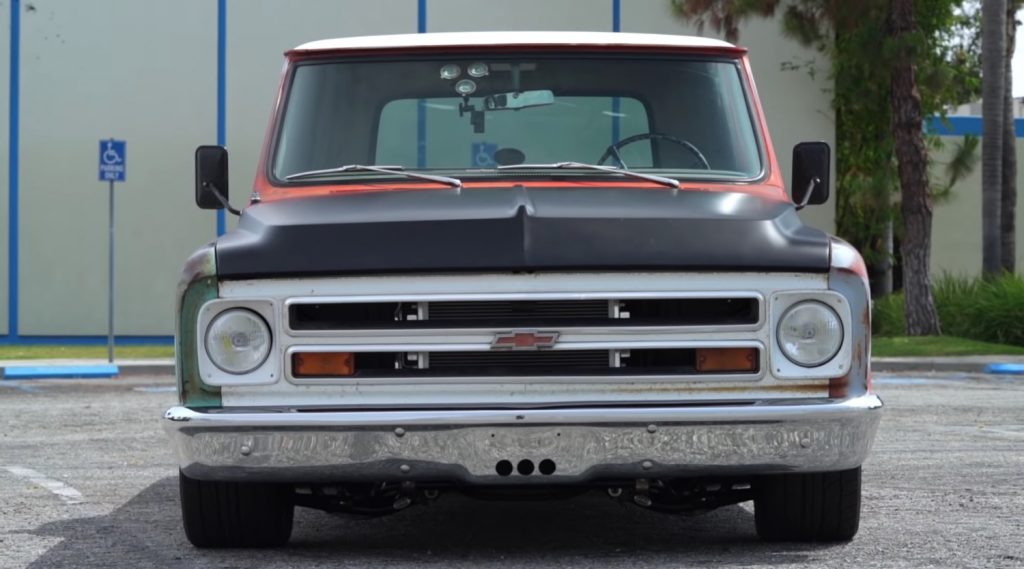 Coming to us from AutotopiaLA, this Chevy C10 belongs to Lucky Costa, who admits that he likes to build his rides “backwards.”

“I could care less what it looks like on the outside,” Costa admits.

As such, the video starts with the pickup on a lift, giving us a clear view of the glorious mechanical bits underneath. 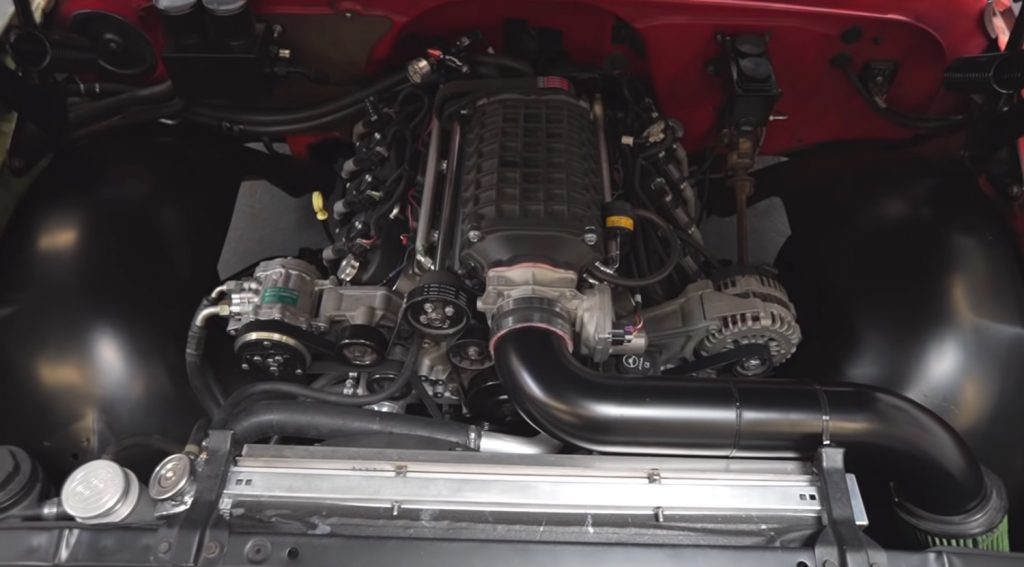 Originally, this Chevy C10 was used as a fire truck in Los Angeles to service fire hydrants, but now, it’s a four-figure street monster. Providing the motivation is a supercharged LS3 V8 gasoline engine, which is rocking a Magnuson 2300 supercharger and Trick Flow heads to make all that poke. Output is routed rearwards through a Stage 4 4L80 automatic transmission.

To help his Chevy C10 handle all that muscle, Costa installed a full QA1 suspension front to back, including QA1 tubular uppers and lowers. There’s also an HPI Frame Reinforcement kit, plus Baer brakes to haul it down, with 4-piston, 13-inch rotors in the rear, and six-piston, 15-inch rotors in front. 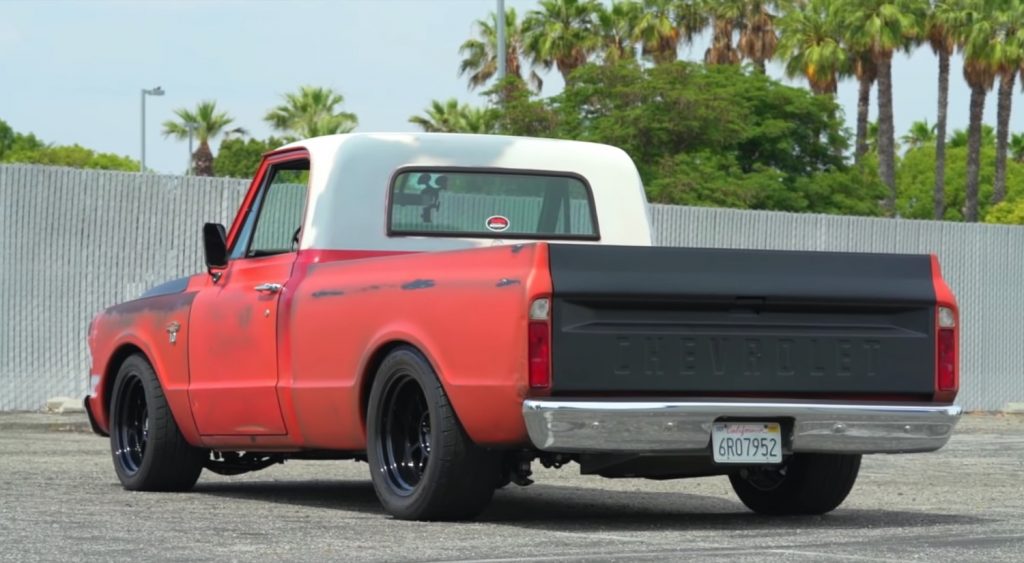 The exterior styling is spot on. While all the panels are still straight, the mismatched paint and patina hide the fact this thing is throwing down with some serious firepower.

The same goes for the interior as well, with simple cloth upholstery, stock dash, and enormous steering wheel. Costa did install a set of Dakota Digital gauges, but most of it is still rough and/or factory.

Just seeing this Chevy C10 roll down the road, there isn’t much to indicate what it is packing. However, as soon as you hear that Hooker exhaust treatment, you know something is up.

Check out the full feature video below: