Holley’s social media team recently caught up with Marcus Fry and his wild Datsun 510 at the 2021 Holley LS Fest West in April, which has traded its economical four-cylinder engine for a 6.2L LS3 V8 with individual throttle bodies. 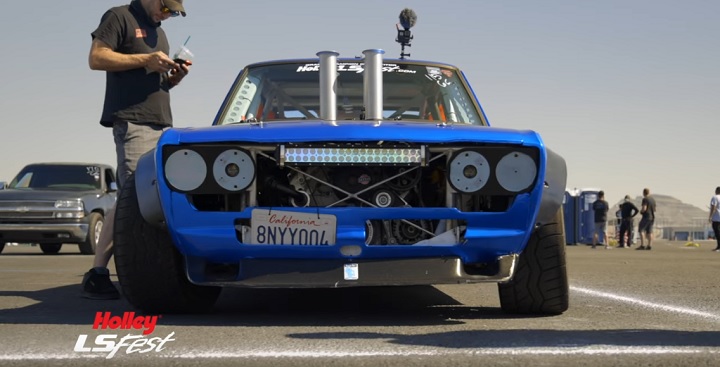 The inspiration for Fry’s Datsun 510 actually came from the Chevy Corvette, believe it or not. His father previously competed in SCCA events in a Big Block Corvette with individual throttle bodies, which inspired him to build a Chevy-powered car with a similar setup. He later heard a friend of his had a rotting old Datsun 510 sitting in his backyard, so he figured this would be the perfect candidate for his ambitious Chevy-powered build. 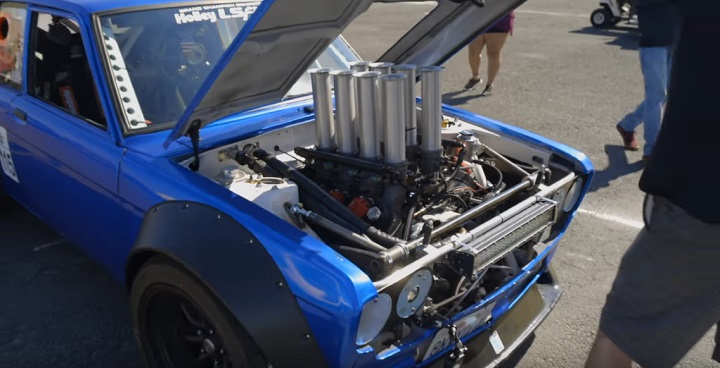 The LS3 under the hood of Fry’s Datsun is equipped with 12-inch Hillborn velocity stacks and is controlled by a Holley ECU. In addition to the LS3 swap, the bright blue custom Datsun features a ton of motorsports-inspired equipment, including a front splitter, huge rear wing, stripped interior with Sparco racing seats and a trunk-mounted radiator and fuel cell. Fry also tried his hardest to make it as light as possible while still operating on a budget, so he stripped the interior and shaved some steel off the doors – leaving them rather structurally comprised. Anything in the name of speed, right? 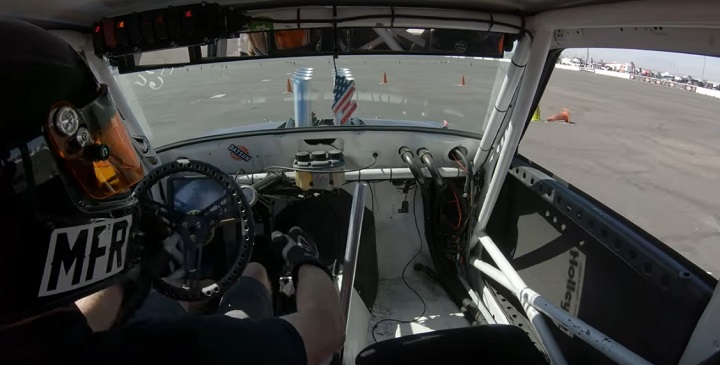 Fry was competing in the autocross event at LS Fest West with his wild Datsun, but he hopes to take it on the road course eventually too. He also has ambitions to compete at the Pikes Peak Hillclimb with it and participate in the Optima Ultimate Street Car Challenge.

Hear what else Fry has to say about his over-the-top Datsun 510 race car in the video embedded below.