It’s pretty easy to spot the late second-gen Chevy Camaro Z28, what with its sharp, angular nose, squared front lighting, and wide, horizontal styling lines. Now, one digital artist is adding even more to the Z28’s width with this new, modernized rendering. 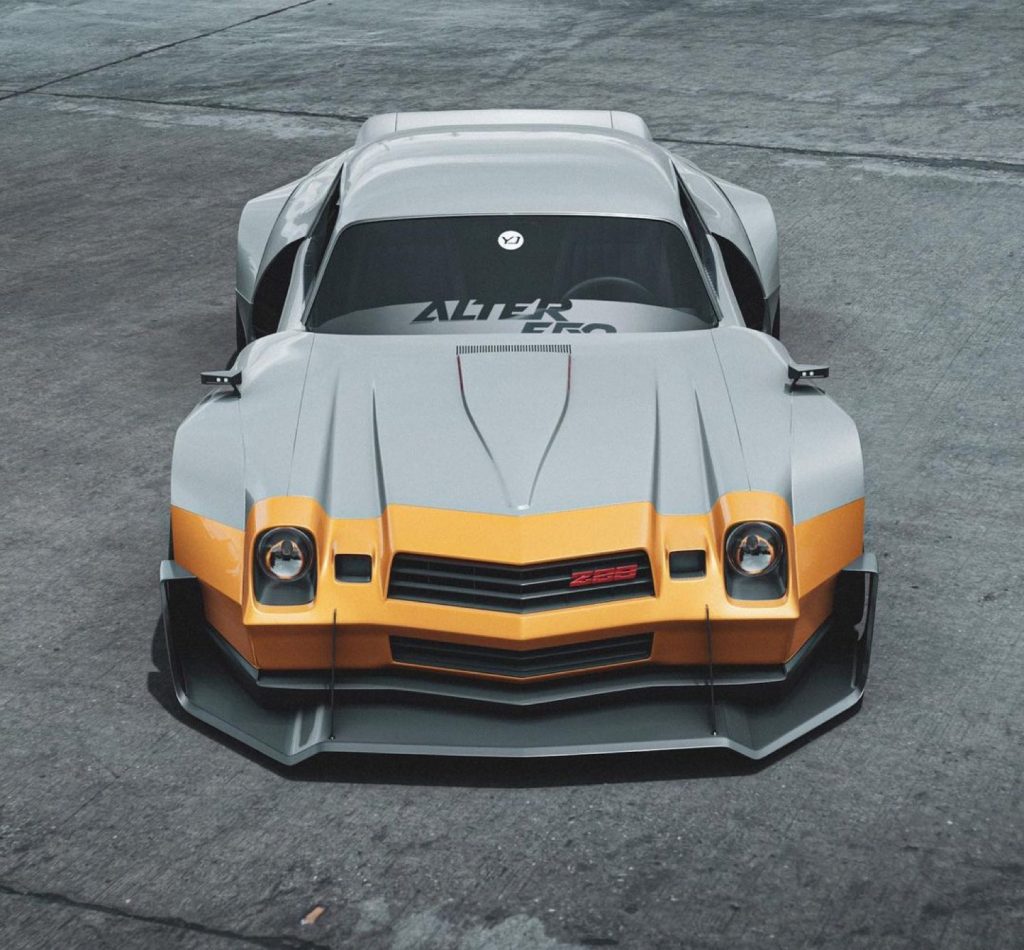 Coming to us from Al Yasid on Instagram (@yasiddesign), this Chevy Camaro Z28 rendering appears to be based on the 1978 model year, judging by the front end and rear lighting treatment. However, while we can recognize the original inspiration, the final product is something else entirely.

First things first, this new Chevy Camaro rendering is slammed to the ground, hovering just above the pavement with low-hanging aero bits, including a shapely front splitter attached to the bumper. The new splitter complements monumentally flared wheel arches, which appear to add a foot or two to the car’s track, giving it a sort of modernized touring car racer vibe. The Z28 logo is proudly displayed on the upper grille section, while an arrow-like indent is on the hood. 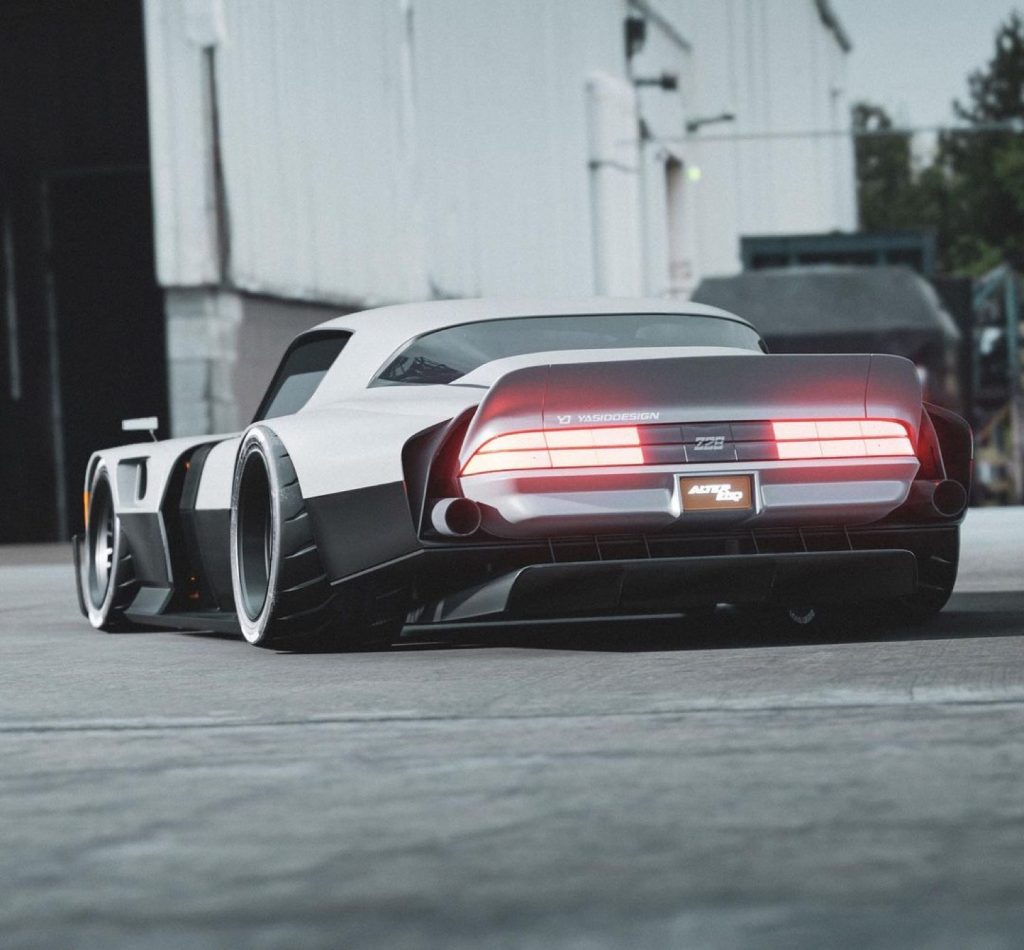 Moving over to the profile, we get to see the Chevy Camaro’s meaty tires hunched under the new arches, which look to be pure rolling-pin spec. New racing sideview mirrors are pinned to the fenders, while cutouts in the bodywork direct airflow where desired.

The rear end is equally impressive, and boasts a tall duck bill spoiler attached to the trunk, a carbon fiber diffuser, and a pair of large-diameter exhaust pipes integrated with the high-tech rear aero treatment. The roof also appears as through it was chopped down a little, while the rear glass was reformed with additional sheet metal from the trunk section. 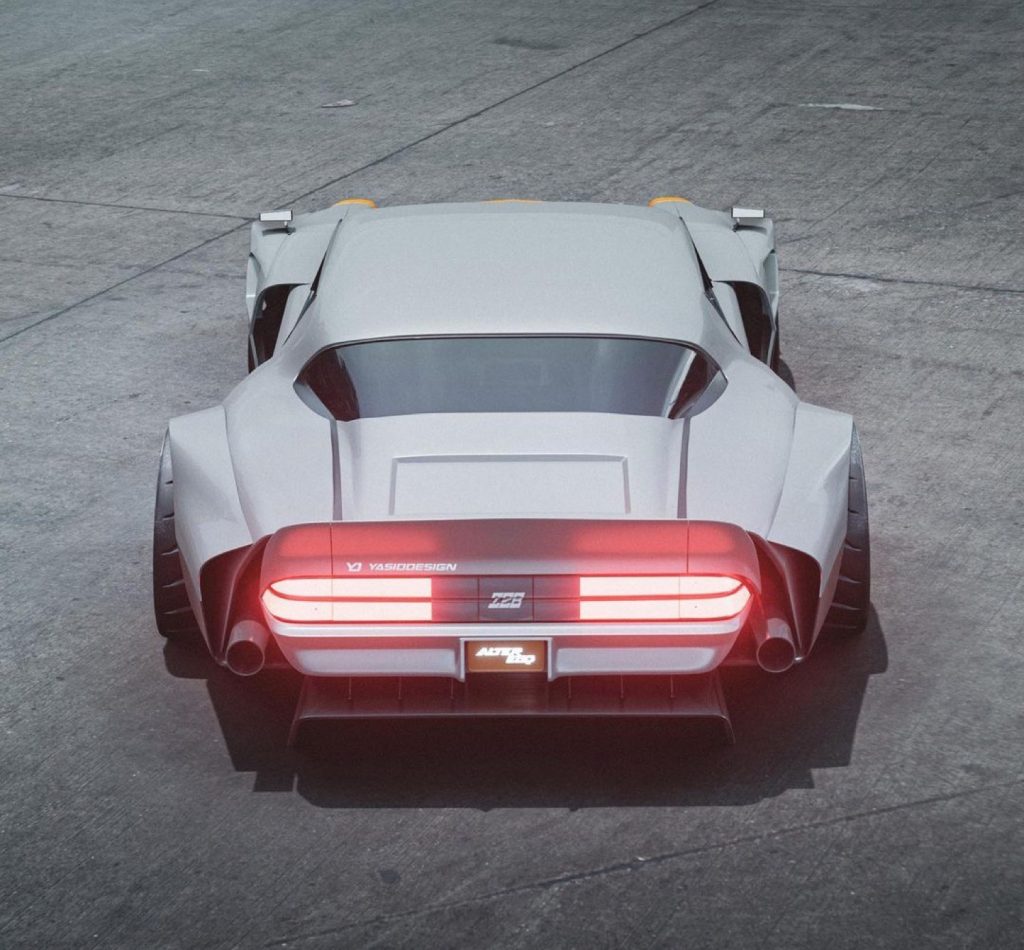 Additional rendering images include two from a higher angle, giving us a top-down view of the front end and the rear end. The majority of the vehicle is done in gray, while the front end stands out with a yellow finish.