Back in May, we reported that a mint-condition 1992 Geo Metro convertible had sold for a reasonable $4,000 at an online auction hosted by RM Sotheby’s. At the time, we thought that model was probably one of the few Geo Metro convertibles left in existence that was still in good shape. There may be more mint Metros out there than we thought, though, because now another has been listed for sale via a site called RadForSale.com. 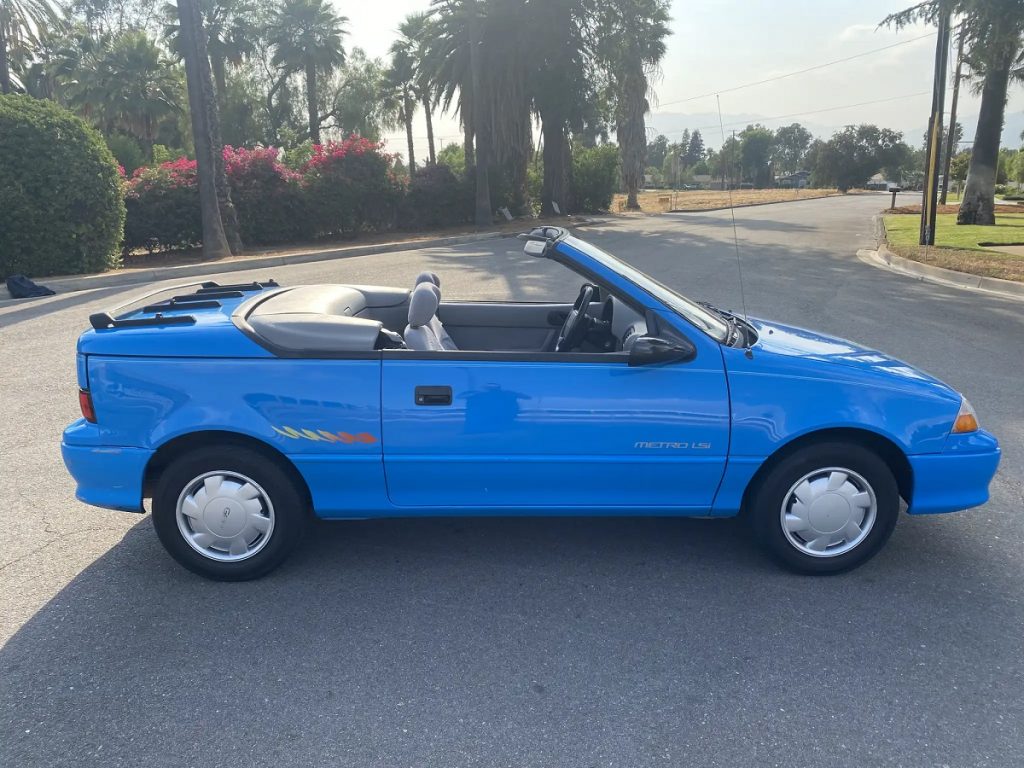 The Metro in question is a 1992 model year convertible with a head-turning Competition Blue exterior, grey cloth interior and, importantly, the five-speed manual transmission. The car is mostly as it was when it left the factory in Japan 30 years ago, featuring the factory 13-inch wheels with original Geo hubcaps, and factory vinyl graphics. The only modification is an aftermarket Pioneer CD deck, which replaces the cassette player that was fitted as standard. 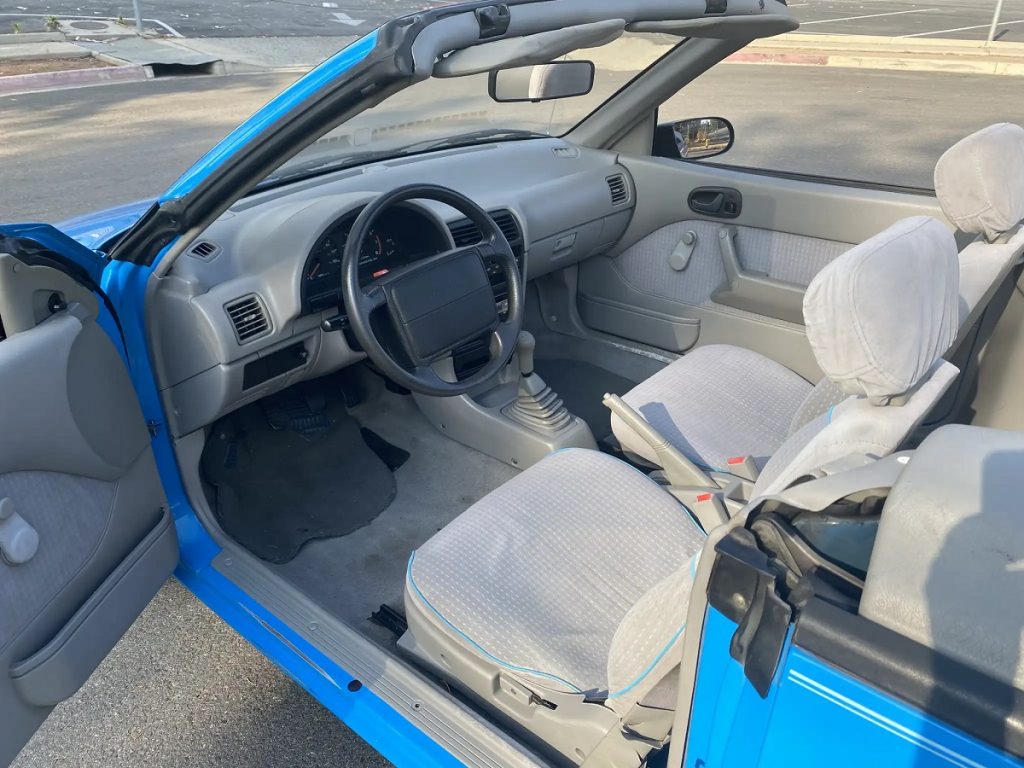 The odometer shows just over 30,000 miles, however the meter is believed to have rolled over, with a CarFAX report indicating the car has actually travelled roughly 130,000 miles over the course of its lifetime. It nevertheless is in good shape, showing only minor exterior trim and paint blemishes. The modest 55 horsepower 1.0-litre three-cylinder engine is without issue and is accompanied by an Interstate battery that was installed in 2019. The driver’s side CV boot is torn, but the winning bidder will be provided with a replacement CV axle and boot. 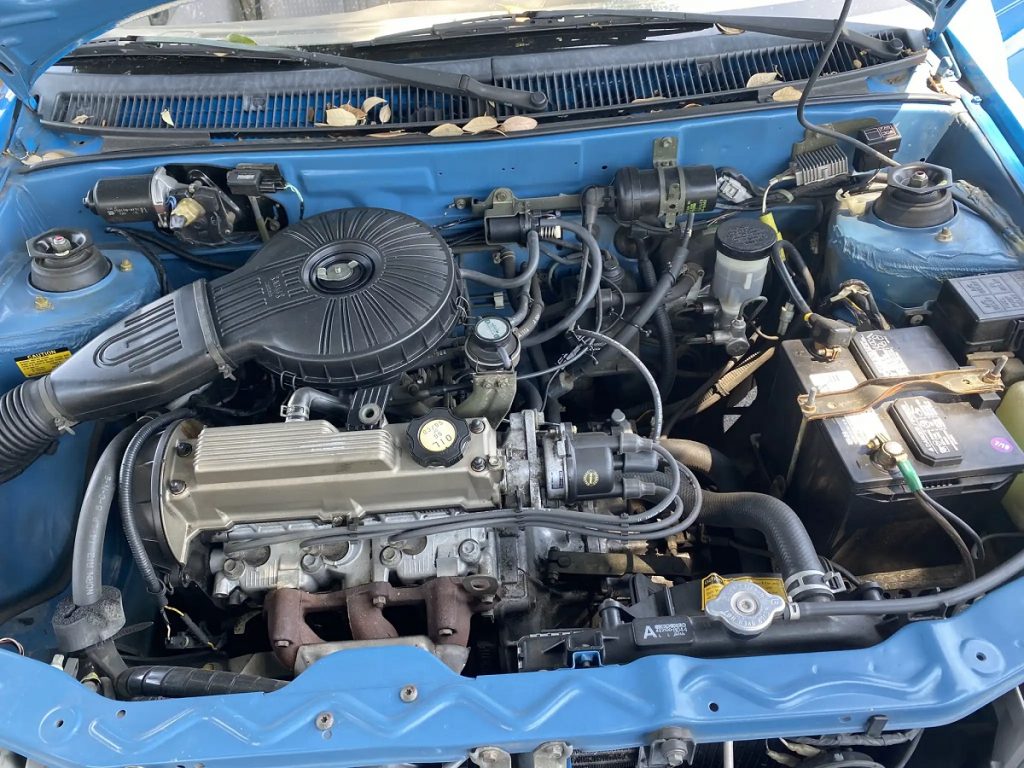 According to RadForSale.com, this 1992 Geo Metro convertible is offered without reserve and is sold with a clean California title, current smog certification, some past service records and the original manuals. As of this writing, the car has attracted just $1,100 worth of bids, though with six days still left on the auction, this mint 1990s convertible is bound to attract some more attention before the sale closes.