Traxxas has expanded into the world of radio-controlled drag racing with the release of the new Chevy C10 Drag Slash RC car.

Traxxas says the Drag Slash is its “most anticipated release of the year,” and will revolutionize the world of RC no-prep drag racing. Power comes from a Velineon 3500kV electric motor, which routes power to the rear wheels via a Magnum 272R three-speed transmission with a four-speed rear end. A Traxxas Stability Management system ensures the Chevy C10 Drag Slash can put its torque to the pavement properly, while a Trans Brake on the remote control allows for easy launches off the line. 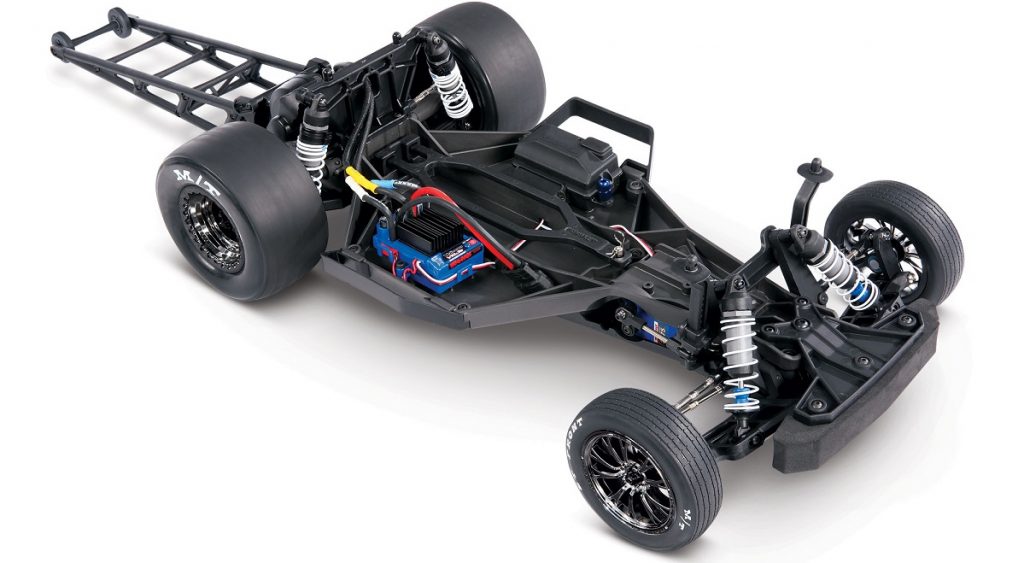 The Drag Slash rides on the same platform as the popular Traxxas Slash model, but ditches the off-road short course truck body for a Chevy C10 replica body that is much more appropriate for RC drag racing. The C10 body incorporates the truck’s iconic bi-level grille and features a Pro Steet-style rear wing and rear wheelie bar. The Drag Slash also comes with drag racing-specific wheels wrapped in replica Mickey Thompson tires for a realistic no-prep racing inspired look.
“Traxxas combines legendary Slash durability with the latest high-tech features to create a world-class drag racer,” the company says of the new Drag Slash. “Wrapped in a beautiful fully-detailed Chevrolet C10 body, the result is nothing short of perfection.” 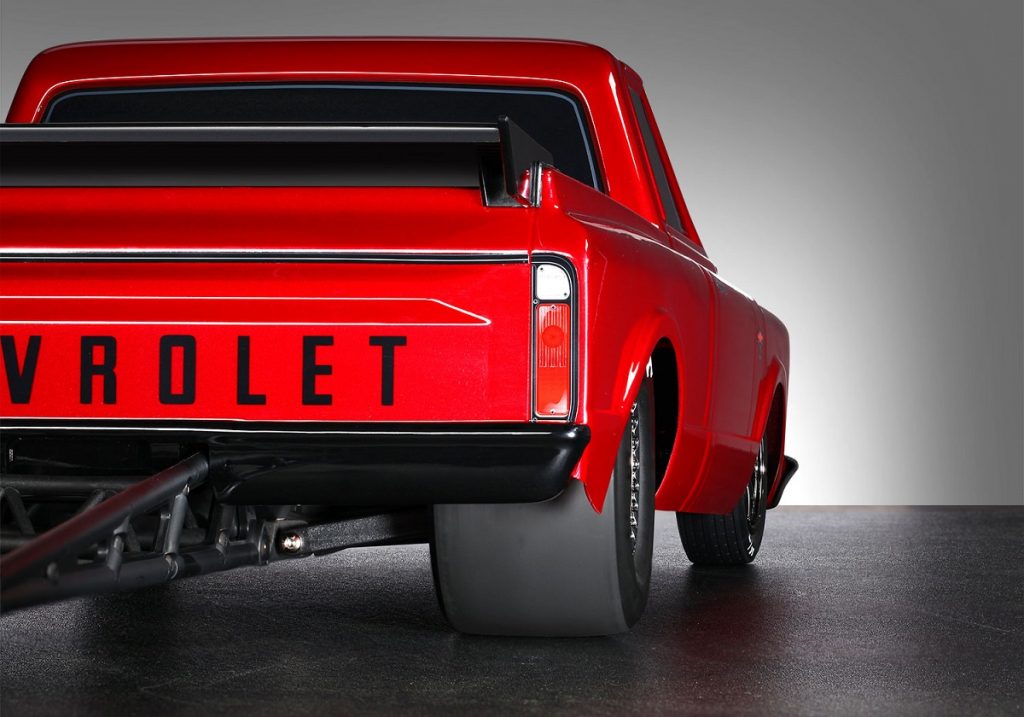 The Traxxas Drag Slash is arriving at retailers now and will sell for $499 USD. The suggested battery and charger are sold separately and cost about $120 each, however, so a race-ready drag slash will actually cost closer to $750. It may not be cheap, but hey, it’s a lot less expensive than a real drag-prepped Chevy C10 would be!
Check out the video embedded below to see the Traxxas Drag Slash in action.