The Pontiac Bonneville name was originally applied to a GM Motorama concept car based on the Chevrolet Corvette. That concept was never put into production, but the Bonneville moniker did appear on the fuel-injected convertible version of the 1957 Pontiac Star Chief. The Bonneville came with every available option save for air conditioning and a continental kit. It became its own model in 1958, available as a two-door hardtop or convertible. 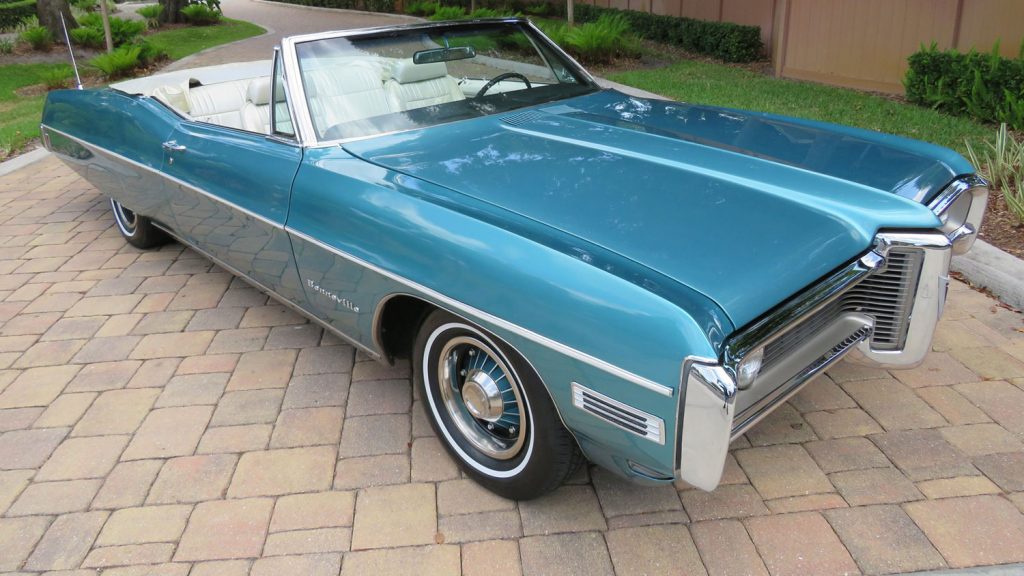 By 1968, the Pontiac Bonneville was deep in its fourth generation, as the full-sized B-Body had received a full re-style in 1965. The stacked headlights of 1965 had morphed into the dual side-by-side configuration. The trademark Pontiac “beak” divided the grille. Flared rear fenders gave the Bonnie a bit of the “coke bottle” styling. 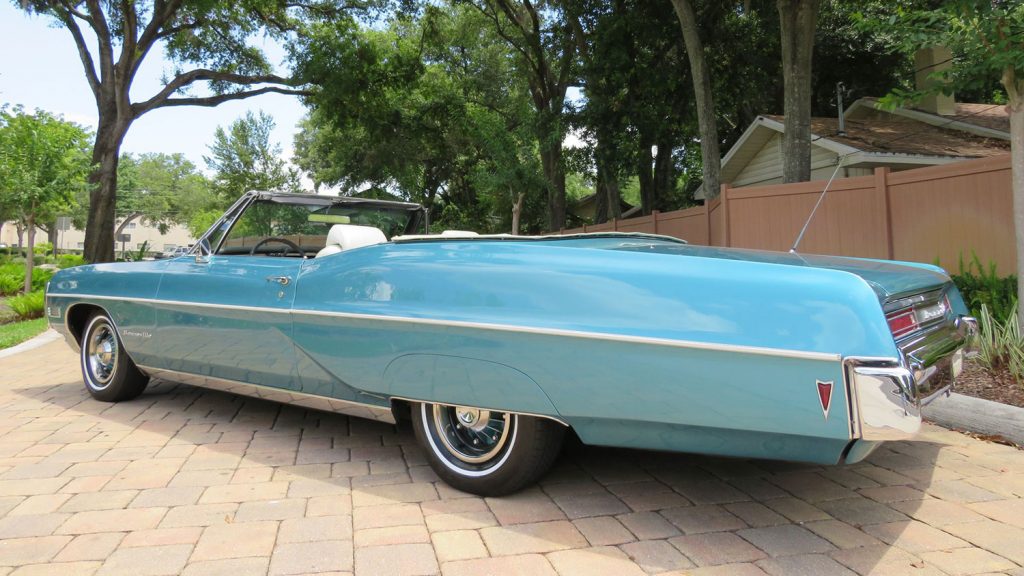 Our feature car is a 1968 Pontiac Bonneville convertible in a very attractive combo of Alpine Blue Metallic over white vinyl, with white vinyl convertible top. It is equipped with the 400 cubic-inch V8, a three-speed automatic transmission, front bucket seats, tilt steering, power steering, power brakes, power windows, eight-track player, and the eight-lug Pontiac wheels. There are just 19,396 miles showing on the odometer. 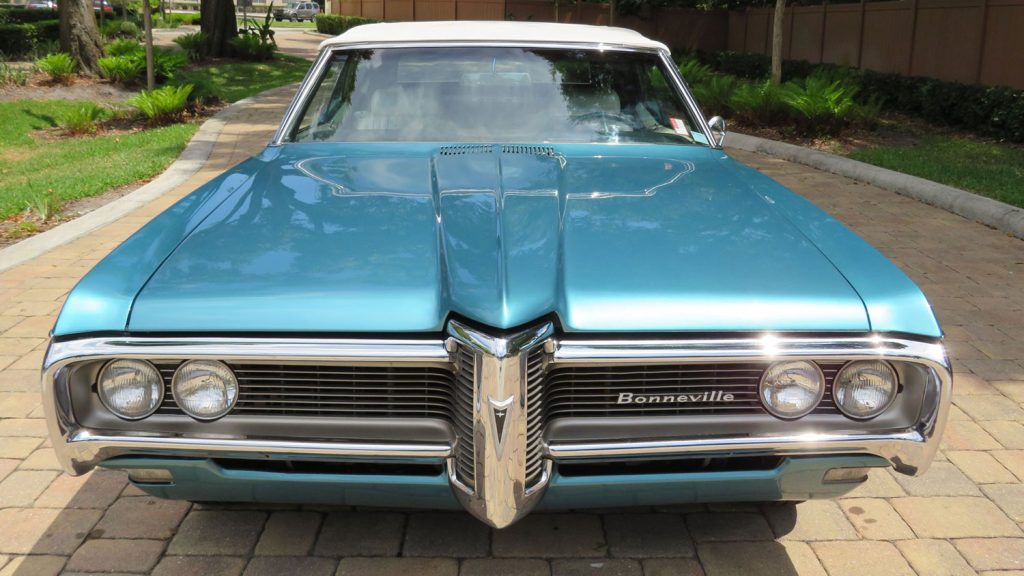 The Alpine Blue Metallic finish on this Pontiac Bonneville is in splendid condition. There is no indication in the listing as to originality, but it would appear to be a high-quality repaint, with obvious care given to preparation. All chrome appears to be in great shape, with no patina or pitting noted. Stainless trim is shiny, glass is crystal clear, and the weatherstrip looks to be in fine nick. The white vinyl convertible top presents well, with a plastic rear window that is free from any fading or haze. Eight-lug Pontiac wheels roll on radial wide-white rubber. 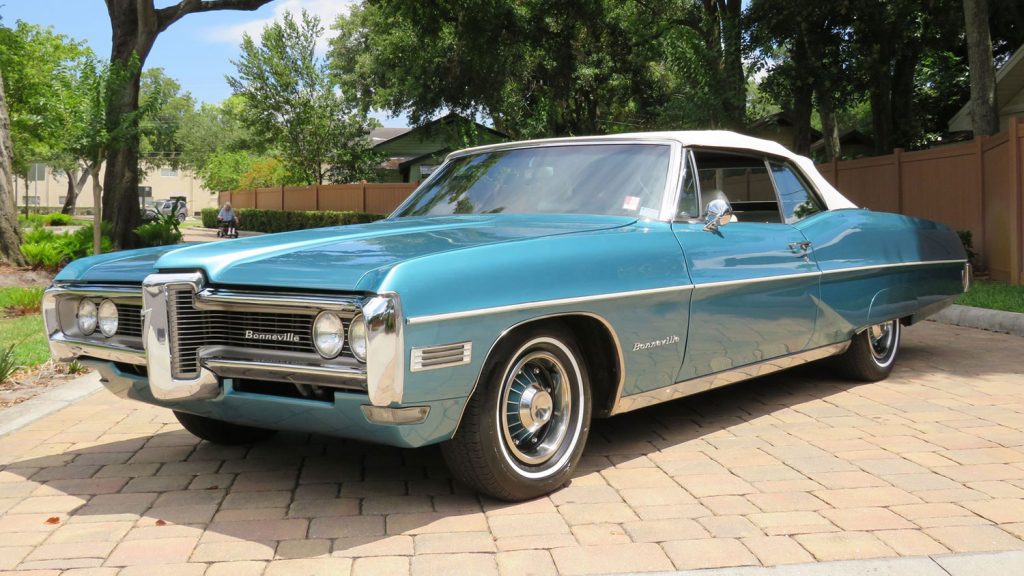 The interior of the Pontiac Bonneville very little indication of use, with only minor wrinkling present. Carpets show no sign of fading. Brightwork presents well, with no pitting noted. The Bonnie is stuffed with power options, and eight-track player, and even comes with a collection of vintage eight-track tapes. 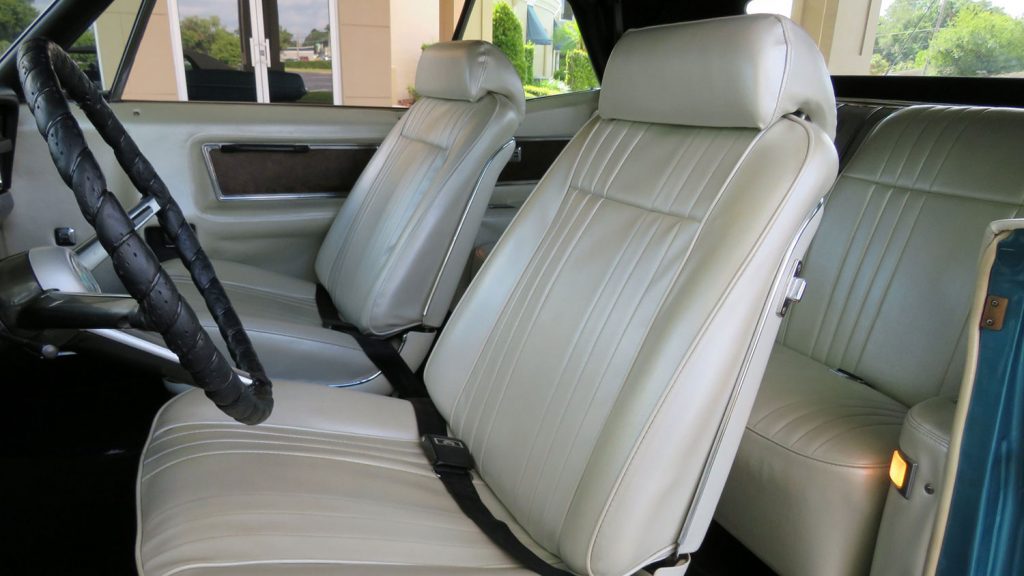 The engine bay of the Pontiac Bonneville is home to the 400 cubic-inch V8. The engine bay is largely clean with no major modifications of note. The V8 is backed the aforementioned three-speed automatic transmission. 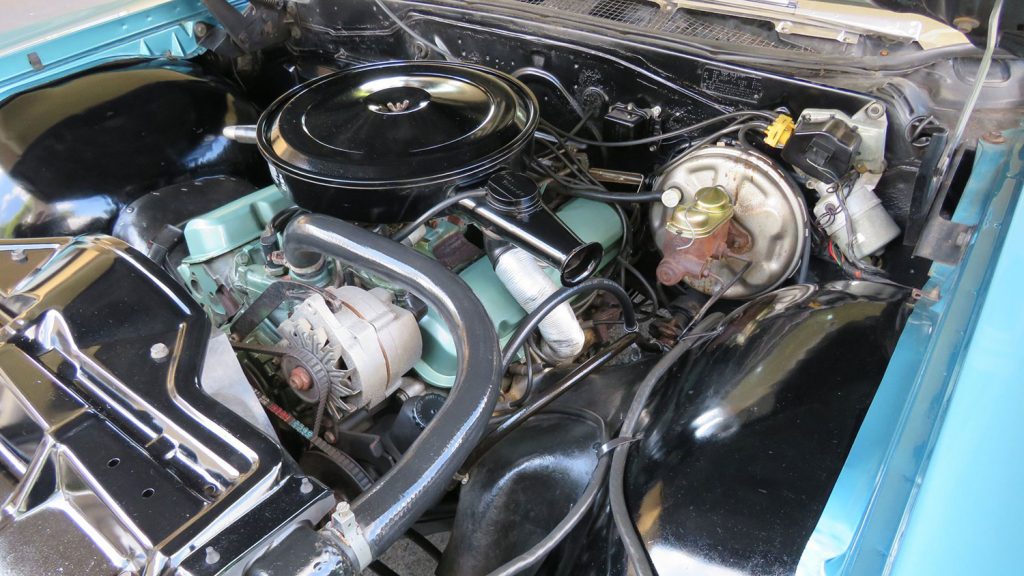 This stunning Pontiac Bonneville ragtop is on offer from Primo Classics International for $41,500. 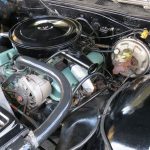 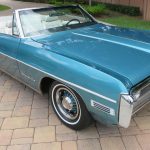 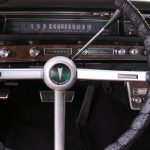 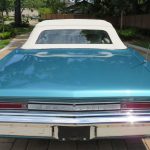 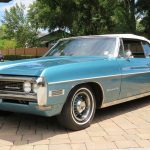 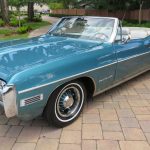 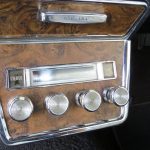 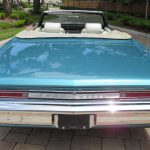 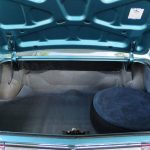 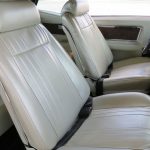 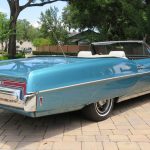 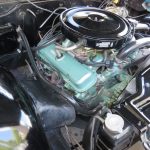 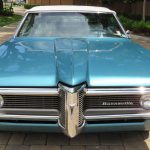 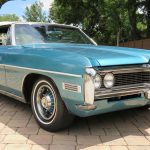 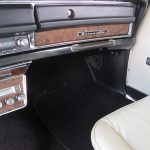 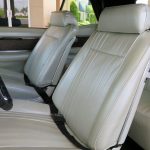 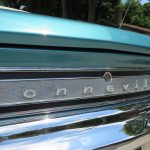 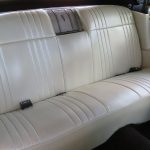 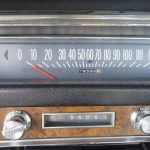 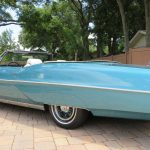