One could write volumes on the out-of-this-world work Jim and Mike Ring, AKA the Ringbrothers, do. The custom car building duo from Spring Green, Wisconsin has created some of the most innovative and ingenious specialty vehicles. This Chevy Camaro, known as “The Grinch,” is another of their spectacular creations. A massive amount of talent and hard work went into this build. 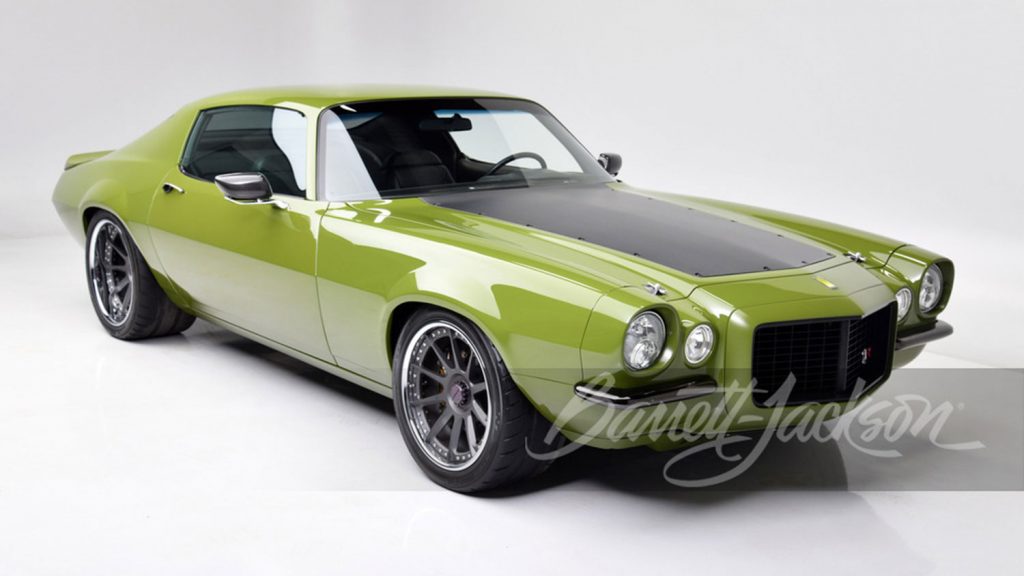 Let us begin under the hood of this Chevy Camaro. The engine bay has a level of detail and craftsmanship not unlike that of a Fabergé egg. Every square inch, every surface has been smoothed, shaped, and crafted into a mechanical work of art. The inner fenders and firewall have been sculpted and finished in a matte green hue. All wires and hoses have been neatly tucked away. The hood is supported by black anodized billet hinges. A Wegner Motorsports LS3 pumps out 602 horsepower and breathes through a cowl induction. The top of the induction has a cover finished in glossy green with a black center section and script that reads “602.” Backing the LS3 is a Bowler TKO Tremec five-speed manual feeding the Detroit Speed Ford nine-inch Posi rear end. Ringbrothers custom headers and a Flowmaster exhaust move the spent gasses out through the custom-fabbed rear lower valance. 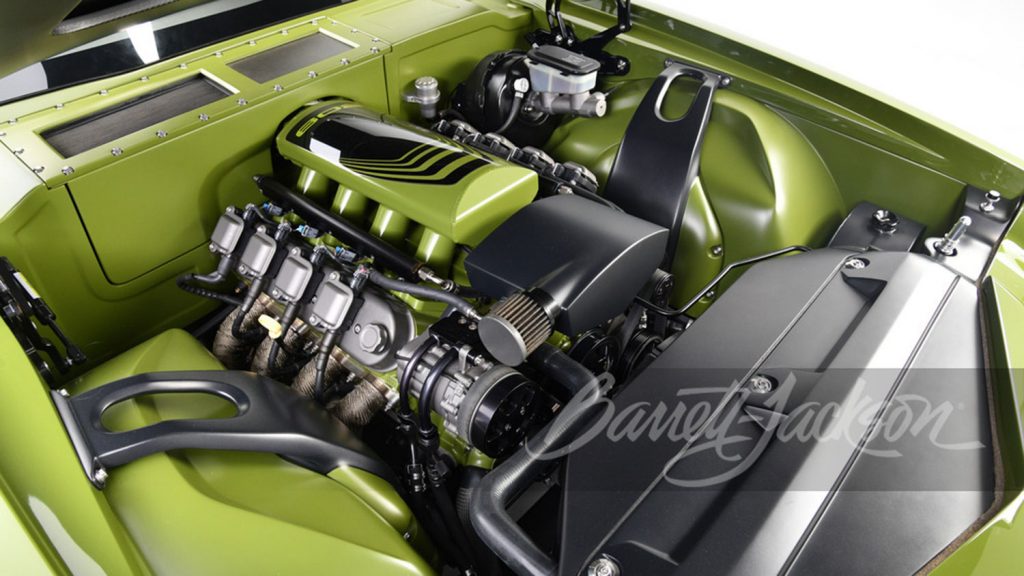 The exterior is finished in a glossy green shade that gave this Chevy Camaro its name. The finish has a glistening shine one would assume wet. The center section of the hood is carbon fiber, as is the center of the matte green trunk spoiler. The four inset brake lights are trimmed by brushed aluminum rings held in place with Allen screws. Surrounding the lights is a matte black rear panel emblazoned with a stylized logo reading: GRINCH RINGBROTHERS. The headlights are converted Harley Davidson units. The mirror caps have been crafted from carbon fiber and chrome. The stainless trim from around the windows has been eliminated, and the profiles smoothed. The bumpers have also been smoothed, with the rear finished in a matte silver, and the front in a glossy black. Fenders have been flared at all four corners. Door handles are Ringbrothers custom pieces, shaped into two-tone chrome and black arcs with Allen head screws. This Chevy Camaro rides on Forgeline wheels with center locks, shod in Nitto NT05 rubber. Wilwood power disc brakes tend to stopping duties. 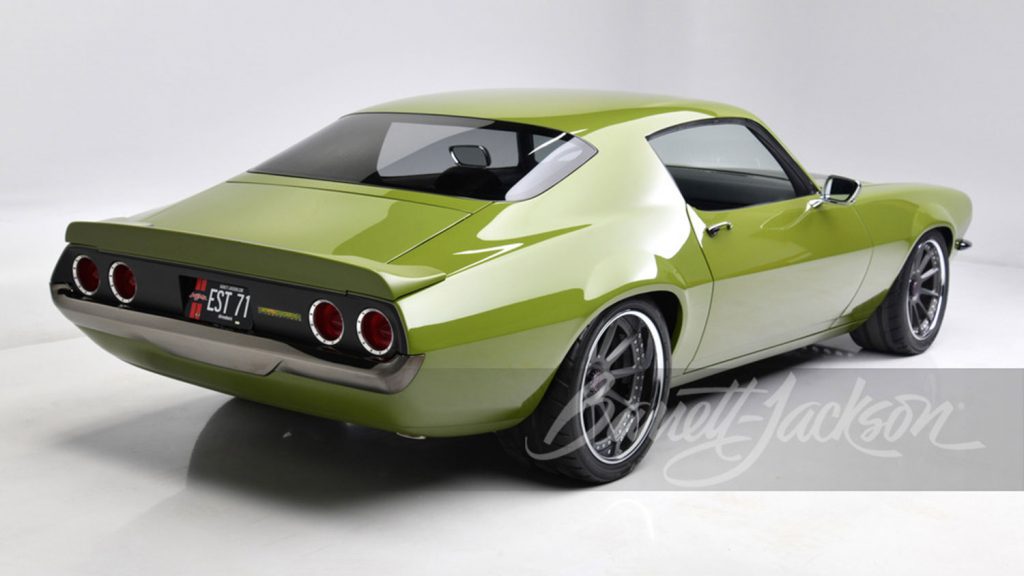 The interior of this Ringbrothers Chevy Camaro is a triumph of custom craftsmanship and imagination. Constructed by Recovery Room Interiors, it is awash in dark gray Italian leather. Corbeau front seats have been fitted atop BMW carpet, with full custom dash, door panels, and rear panels that have replaced the back seat. The sculpted door panels feature custom billet door handles and window cranks. Custom green Classic Instrument gauges reside in the dash. A Kenwood MTX sound system fills the interior with sound. 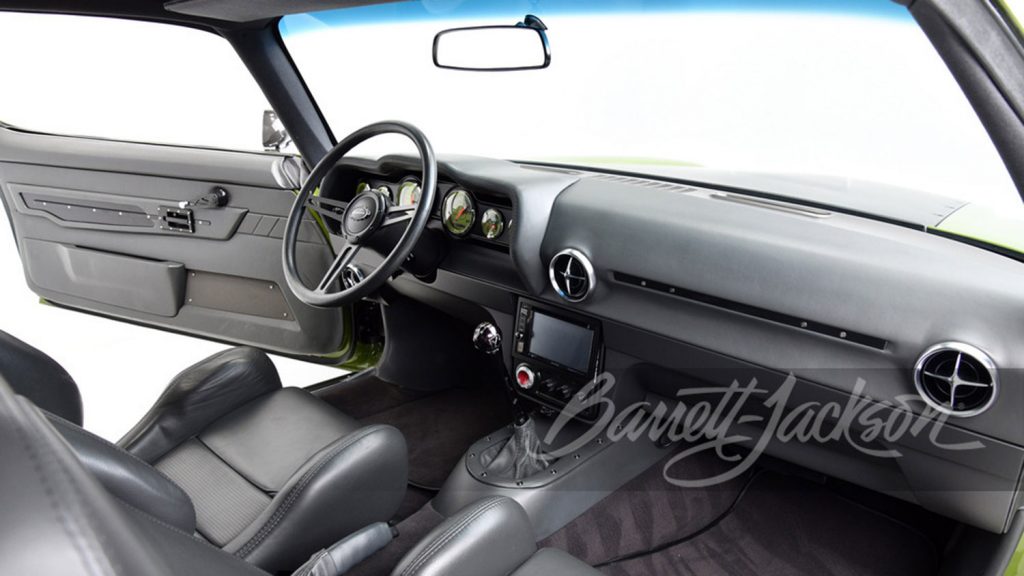 This bespoke Chevy Camaro is a custom tour de force. It is heading to the auction block at the Barrett-Jackson Las Vegas event taking place June 17th-19th. 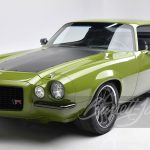 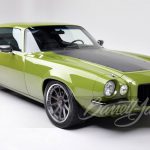 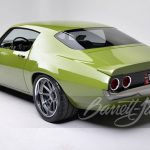 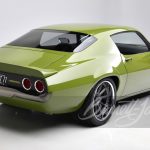 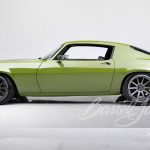 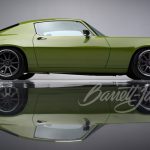 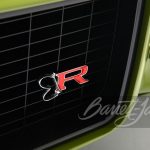 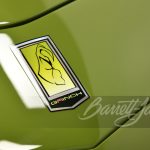 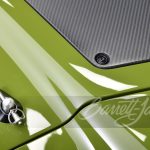 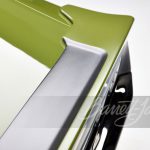 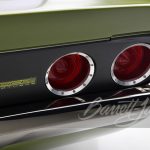 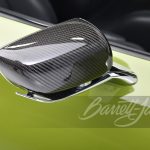 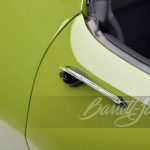 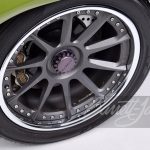 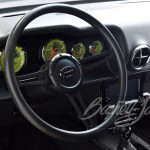 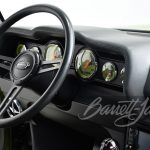 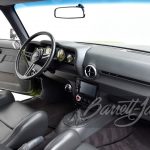 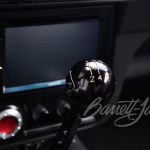 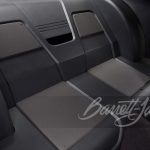 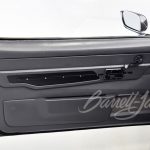 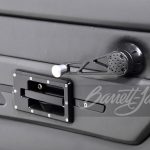 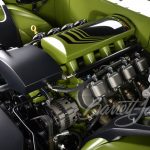 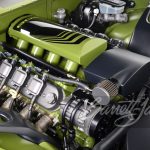 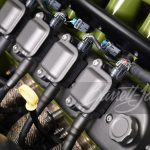