By 1973, the muscle car revolution of the 1960s was all but dead, having reached its zenith with the 1970 model year. After that, emissions, pressure from insurance companies, falling compression ratios, and governmental regulation pablum killed off the monster power of LS6 Chevelles, Hemi ‘Cudas, and Boss 9 Mustangs. But there was one last stand, one final 455-cubic inch finger to the Man, and it came in the guise of the Pontiac Trans Am Super Duty. 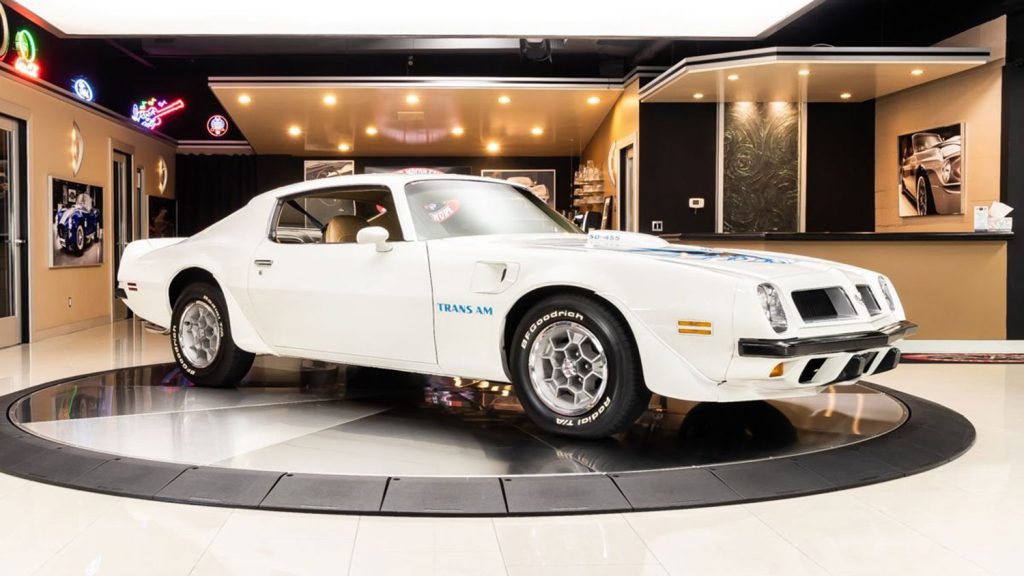 Introduced to the press during Pontiac’s annual model line preview in the summer of 1972, the Super Duty 455 was enthusiastically received. It had a block, heads, rotating assembly, intake manifold, and carb that were all unique to the SD. When previewed, the SD was claimed to have a 310-horsepower output. That fell to 290 horses and postponed the engine’s public debut once the Environmental Protection Agency emissions testing found that Pontiac had been playing fast and loose with their interpretation of certification standards. 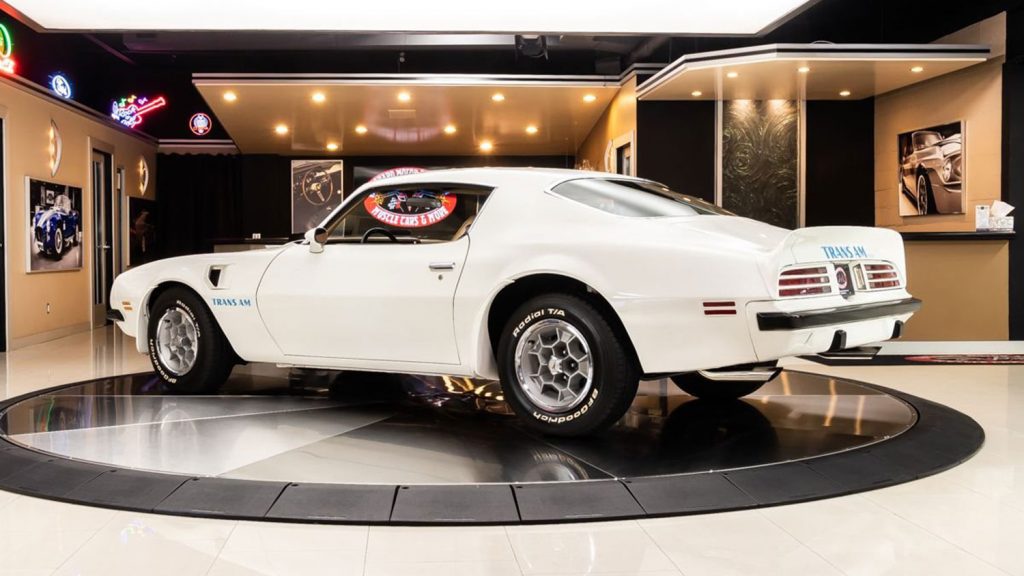 Pontiac was forced to make adjustments to the Super Duty in order to fall within EPA regs. Carburetor adjustments were made, and the camshaft had to be changed. The SD didn’t make it into production Firebirds until the spring of 1973. Only 252 Pontiac Trans Ams and 43 Formulas received the beefy SD-455 for 1973. An additional 1,001 SD equipped Firebirds were built in 1974, and the coming federal regulations meant party was over. 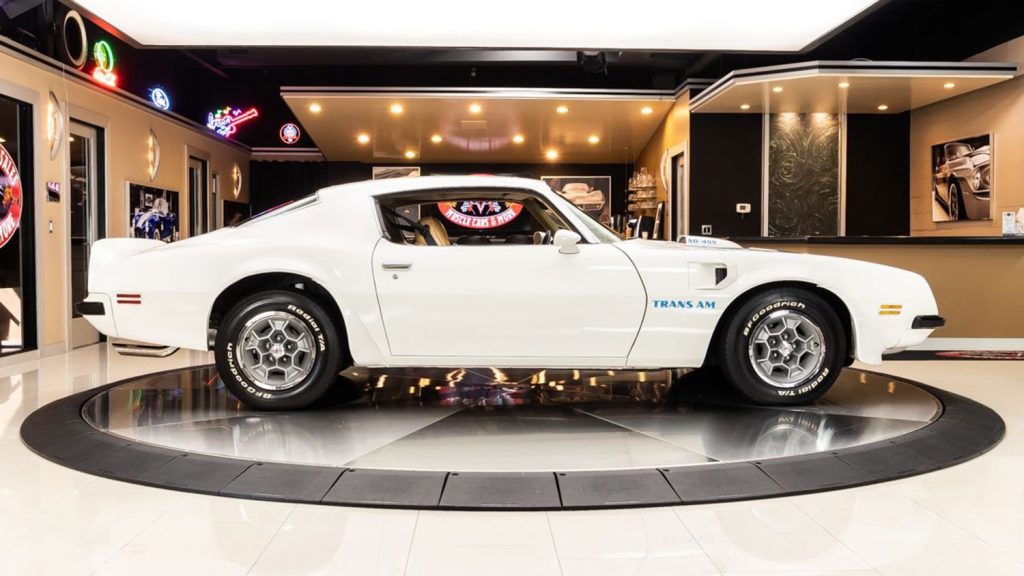 Our featured 1974 Pontiac Firebird Trans Am Super Duty has been the subject of a fastidious nut-and-bolt rotisserie restoration. It has been refinished in Cameo White with correct blue Trans Am decals. All trim has been highly polished to a brilliant shine. Black bumper pads appear showroom fresh. Correct honeycomb wheels are wrapped in modern raised-white-letter BFGoodrich Radial T/As. 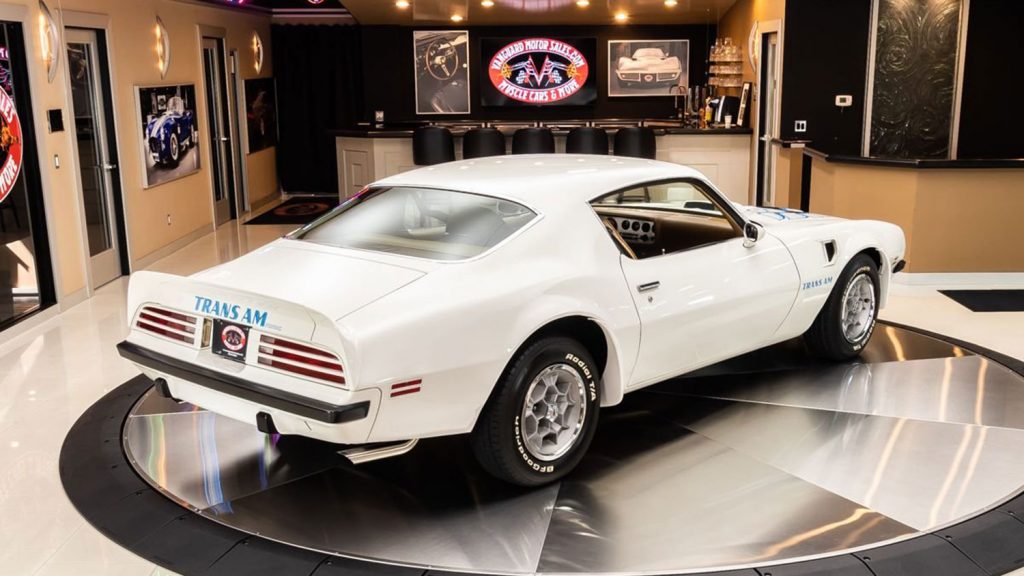 The interior of the Pontiac Trans Am is awash in tasteful tan. The high-back bucket seats are as new, beautifully recovered in tan vinyl. Tan carpets show no signs of wear or use. The iconic machine-turned aluminum dash is brilliant, with restored factory gauges throughout. There is a radio delete panel just above the center console that houses the shifter for the automatic transmission. 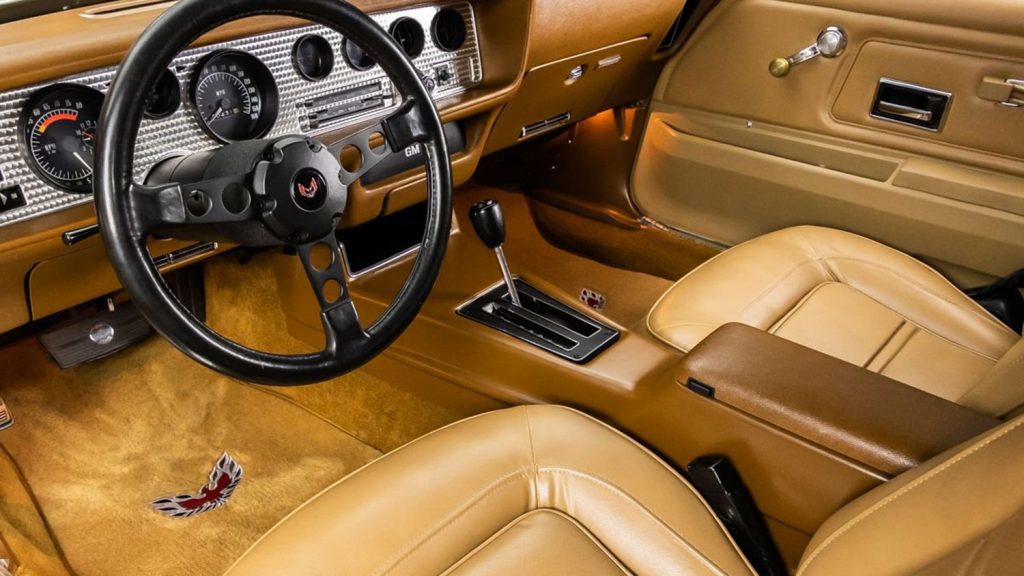 Under the hood of the Pontiac Trans Am, all correct components are present, and the engine bay is stunningly detailed. This legendary Super Duty 455 is a matching-numbers example. As previously mentioned, it is backed by the Turbo-Hydramatic three-speed automatic transmission that feeds power to a ten-bolt rear end with 3.08 Posi-Traction gears. 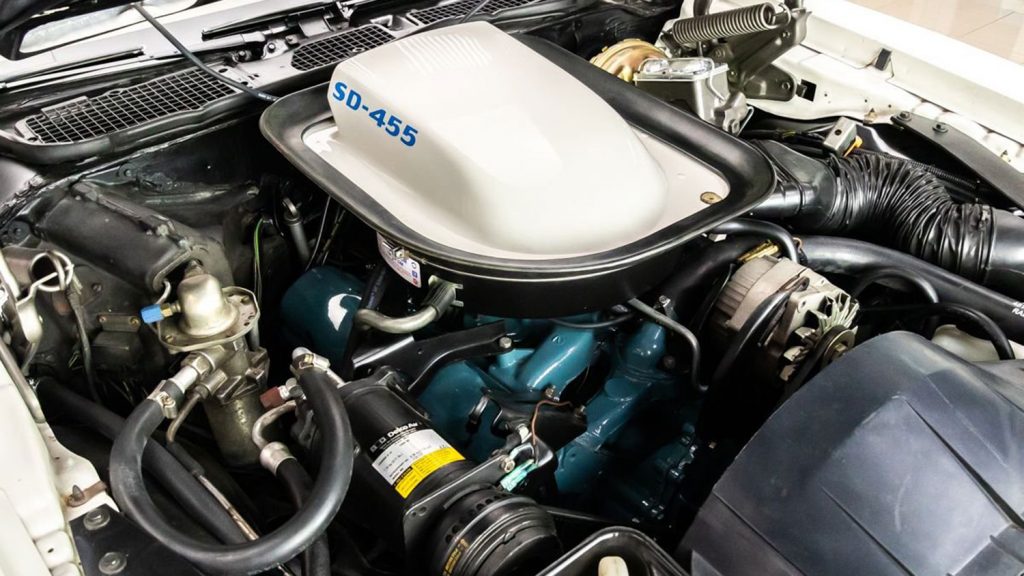