Race team Erebus Motorsports has released the first images of the new Chevy Camaro ZL1 that will race in the Australian Supercars Series from the 2022 season onward. 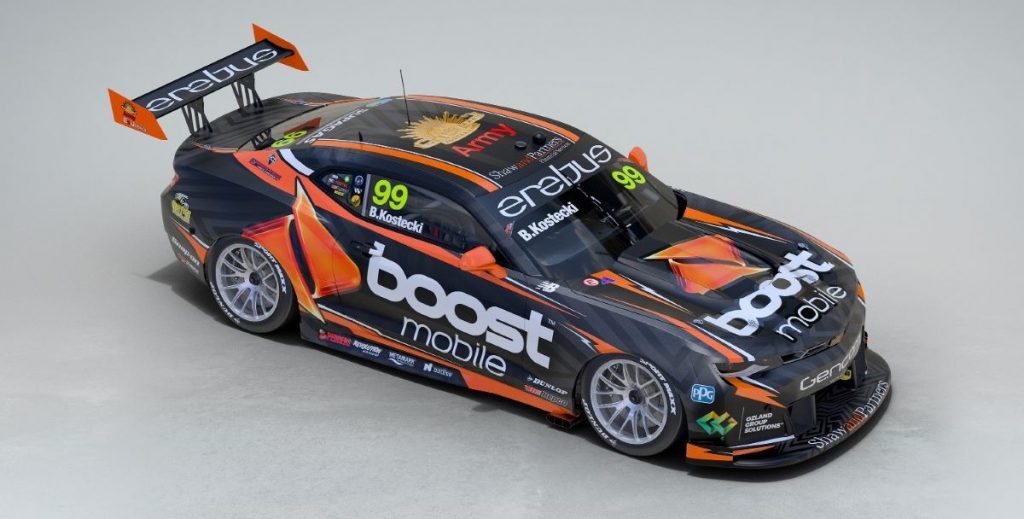 Preliminary design renderings of the Chevy Camaro ZL1 race car for the Supercars Series were released last year, but these latest renderings look quite a bit different and could be more representative of the car that will take to the track in Australia and New Zealand next season.

General Motors previously fielded a Holden Commodore in the premiere Aussie racing series, however it decided to introduce the Chevy Camaro to the series after it discontinued the Holden brand last year. The Camaro is entering the series just as it prepares to switch to a new Gen3 control chassis, which incorporates a lower roofline than the Gen2 chassis that will be better suited to coupes like the Camaro and Ford Mustang.

GM is also expected to eventually sell the Chevy Camaro in Australia and New Zealand under its newly introduced General Motors Special Vehicles (GMSV) sub-brand. The Ford Mustang was introduced to the region back in 2016 and has enjoyed considerable success both on track in the Supercars Series, where it raced head-to-head against the Commodore, and in the showroom as well.

“Fans are integral to our sport and I think the switch to another iconic GM vehicle is key to maintaining the huge Holden fan base that exists within our sport,” said Erebus Motorsport CEO Barry Ryan. “Overall, it’s just going to be a cool car and will hopefully engage our fans more than ever.”

“The Camaro is a good platform for the sport, it’s a very similar car to the Ford Mustang and it will be exciting to see them both go head-to-head,” Ryan added.

Erebus’ Chevy Camaro racer will wear orange and black Boost Mobile branding – a similar livery to what it ran on its ZF-generation Commodore in 2020.