The No. 3 Corvette C8.R of Antonio Garcia and Jordan Taylor won Sunday’s running of the Sahlen’s Six Hours of The Glen, giving the American team its first win at Watkins Glen International since 2014. 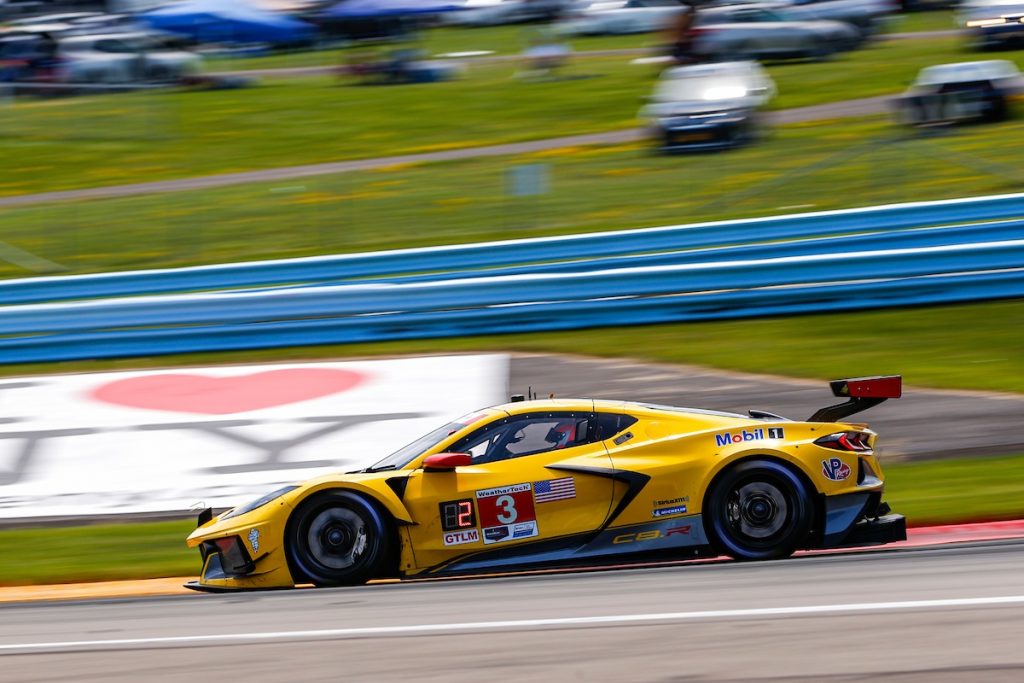 Garcia started the race for the No. 3 team, leading the GTLM field to green from pole position and working with the No. 4 Corvette C8.R sister car to maintain the team’s lead over the No. 25 and No. 24 BMW entries – the only other cars competing in the GTLM class. 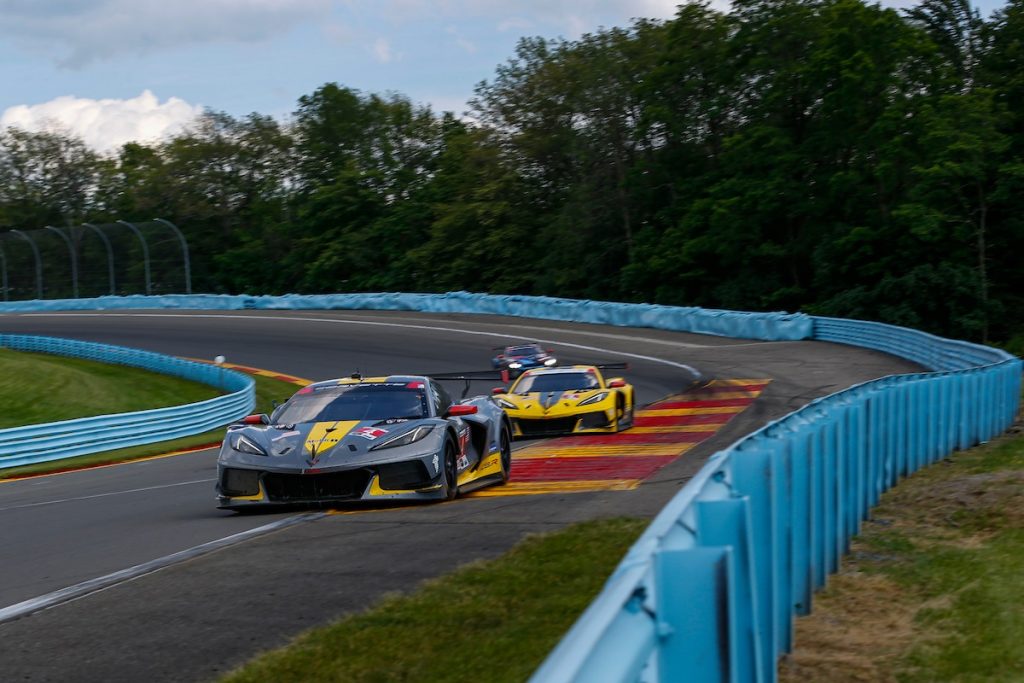 The race was turned on its head early into the sixth hour when a caution came out for the crashed No. 8 LMP2 car of Gabriel Aubry. The yellow flag bunched the five-class grid together on the tight 3.4-mile road course, setting up a frenetic sprint to the finish that forced Garcia to defend hard against the No. 24 BMW M8 GTLM of John Edwards. The Corvette and M8 sliced through slower traffic and dodged fast-moving DPis as they raced to the chequered flag, with the Chevy beating the BMW to the line by just 0.845s.

“It was a flat-out fight,” Garcia told IMSA.com post-race. “All the classes got together with two laps to go. Fortunately, there were no crashes, no yellows and (I) managed to stay ahead and bring Corvette another victory here. It’s been a long time since the last one.”

“There were people trying to get by me in dangerous places,” the Spaniard added. “I had a few times we were three-wide and I was just praying nobody would hit me. I had to stay calm, but be aggressive, because the No. 24 car was right there behind me.” 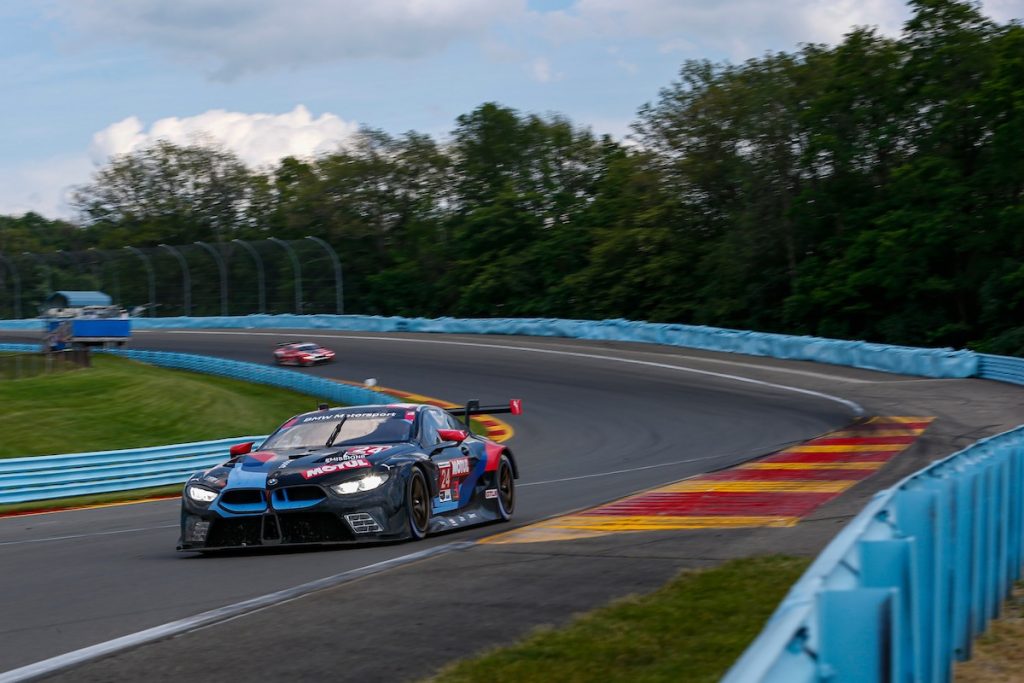 The No. 25 BMW of Connor De Phillippi, Philipp Eng and Bruno Spengler rounded out the GTLM podium, with the No. 4 Corvette C8.R finishing last in class after suffering a mechanical issue. The No. 4 car had led the majority of the race and appeared to have the edge over the No. 3 sister car until the late-race yellow.

“It’s bitterly disappointing,” said Tandy. “We put ourselves in position as a team to have what looked like a pretty comfortable 1-2. Up to the point, the way the guys managed the race – the pit stops, how the engineers set the car up for the race – had us absolutely flying. A few laps before the last yellow, I felt something strange on the car and we’ll have to investigate what happened. We’re disappointed, but there are a lot of positives to go into next week with.”

IMSA will remain in the paddock at Watkins Glen this week ahead of Friday night’s Watkins Glen International 240 sprint race, which will go green at 6:05 p.m. Click here for full results from the Sahlen’s Six Hours of The Glen.