The Buick Regal GNX was the last hurrah of the Buick Regal Grand National in 1987, its final year of production. Dressed all in black with chrome wheels, black and gray cloth interior with the stylized Buick 6 logo embroidered in the headrests, Grand National stood apart from its Regal T-Type stablemate. The 1987 Grand National made 245 turbocharged horsepower from its 3.8-liter V6, topping that of GM’s flagship Corvette by five ponies. 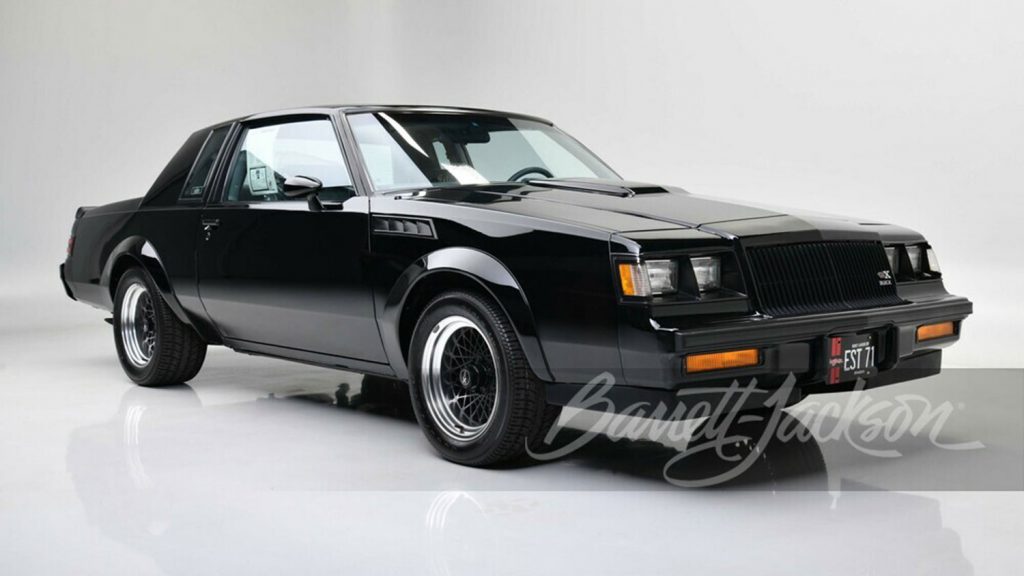 For the Grand National’s final year, Buick wanted to make a statement. Working in conjunction with ASC/McLaren, they built the Grand National into a street beast in black sheep’s clothing, the Buick GNX (Grand National Experimental). The Buick GNX got freer flowing heads, improved engine management controls, less restrictive exhaust, and an upgraded turbo, all combined to boost output to 276 horsepower and 360 pound-feet of torque. In addition to the engine mods, there was a transmission cooler, stiffer body, and an improved rear suspension design with stiffer springs and stabilizer. The hood grew a bulge to accommodate the increased dimensions of all the performance goodies. The improvement was undeniable. The Buick GNX laid down a zero-to-60 time of 4.6 seconds, and shot through the quarter-mile in the low 13-second range. 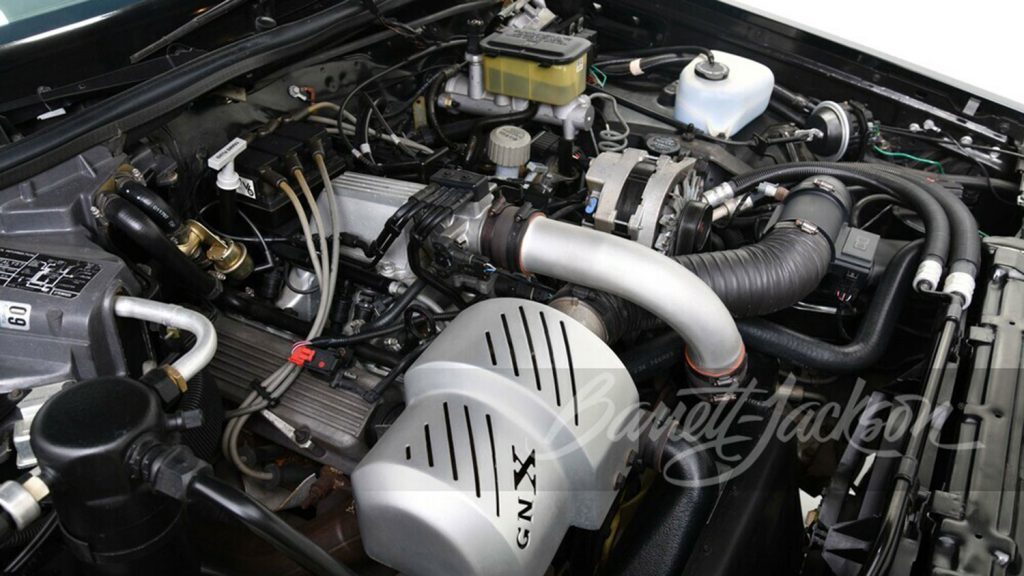 The outside of the GNX had its own unique styling cues. Composite fender flares, the aforementioned hood bulge, functional fender vents over the front tires to help cool the engine compartment, larger basket-weave 16-inch black wheels with polished aluminum lips, and GNX badges appeared in the grille, trunk lid, and on the wheel center caps. The interior featured a serial number plate that was mounted on the passenger side of the dash. Standard gauges were swapped for Stewart-Warner units, with gauges for oil pressure, coolant temp, and boost level housed in a modified cluster. 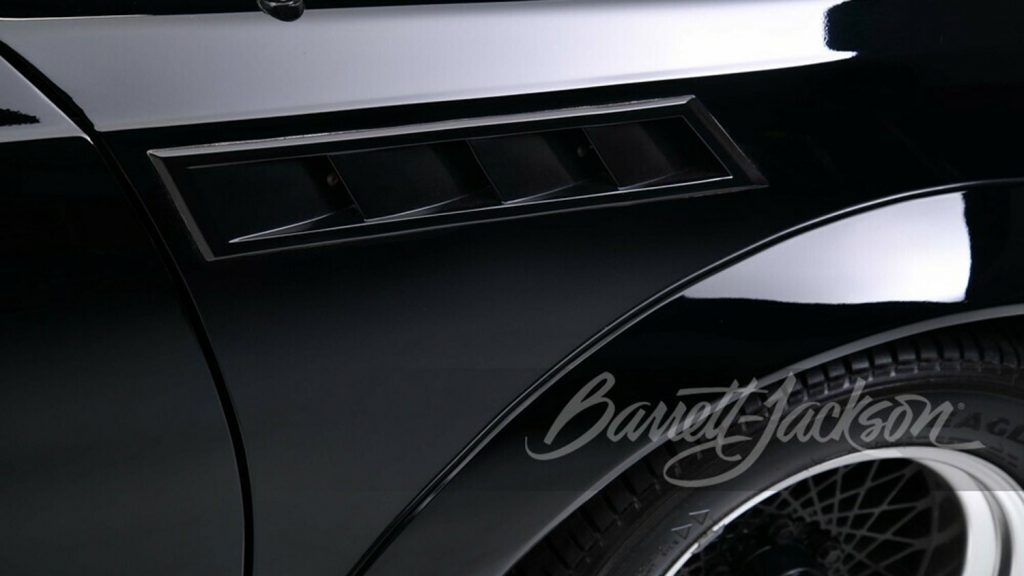 Only 547 Buick GNXs were built by ASC/McLaren, making them instantly collectible. This copy, number 480, is still in the plastic wrappers, having covered just 8.7 miles from new and never prepped for delivery. It has been stored in a climate-controlled display its entire life. The window sticker, books, point-of-sale materials, odometer statement, and delivery forms were included in the sale at Barrett-Jackson’s Las Vegas event, where Number 480 just sold for an eye-watering $275,000. 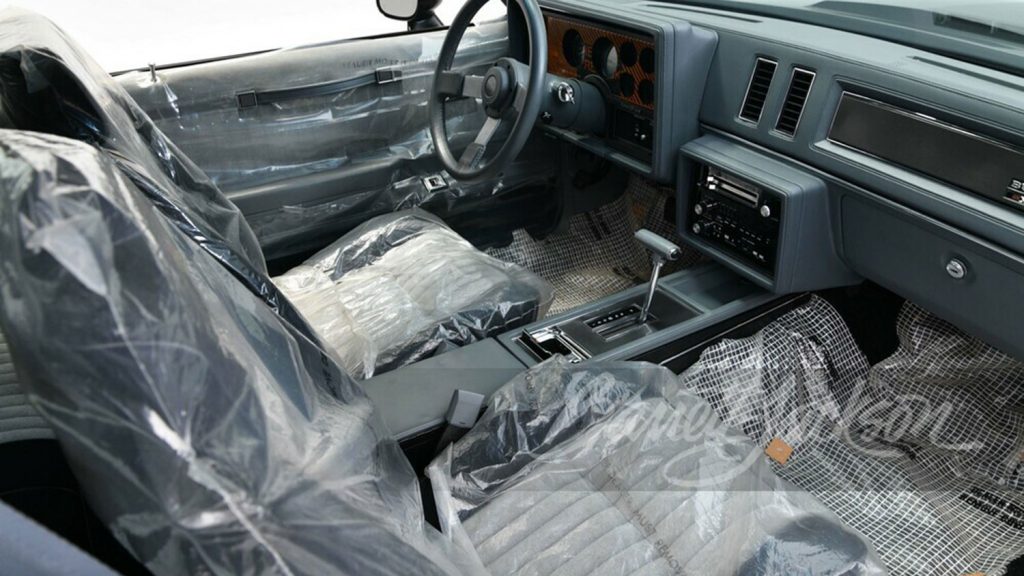 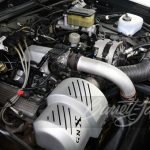 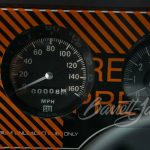 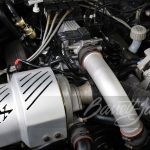 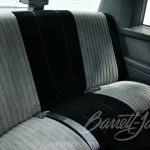 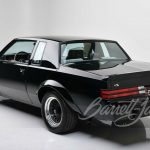 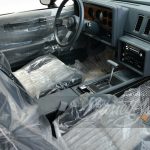 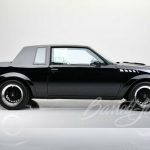 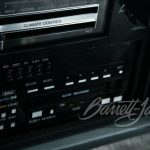 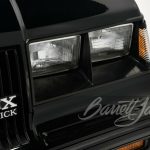 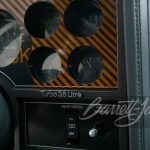 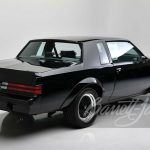 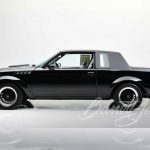 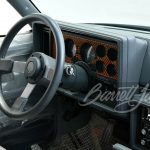 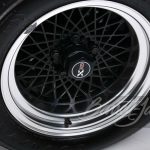 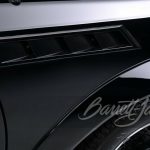 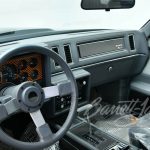 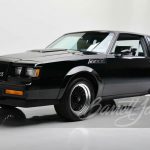 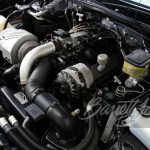 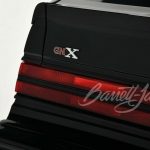 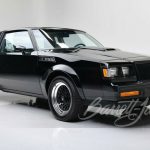