With a race-ready V8 under the hood and straight-cut gears to harness the go, this 1968 Chevy Camaro makes for quite the thrill ride. The owner is Dennis McCarthy, who’s owned the two-door since high school, but now, with some help from his family, this Camaro is nothing but unfiltered muscle madness.

Dennis’ father, Dennis McCarthy Sr., was responsible for building some of the Fast & Furious movie cars, which means his son has access to some pretty awesome resources. Nevertheless, the build quality speaks for itself, and the owner should be proud of the work that went into making it what it is.

The big ticket item for this 1968 Chevy Camaro is under the hood, where we find a full-fat late-model asphalt car drivetrain. This thing is real race car stuff, and comes with trick components like adjustable shaft rockers, a solid roller cam, and adjustable lifters. 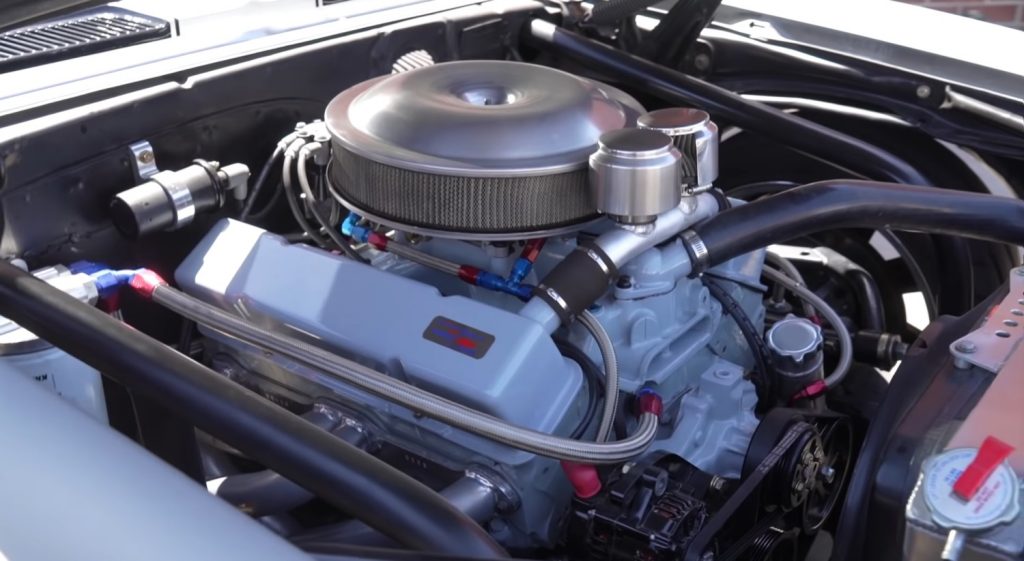 “It’s definitely built for some pretty high rpm,” the owner states. The two-step rev limiter set at a “conservative” 7,000 rpm, but the engine can likely rev higher without any issue.

Output is estimated in the high-500-horsepower-range, and the V8 looks fantastic under the hood. Even better is the way it sounds. 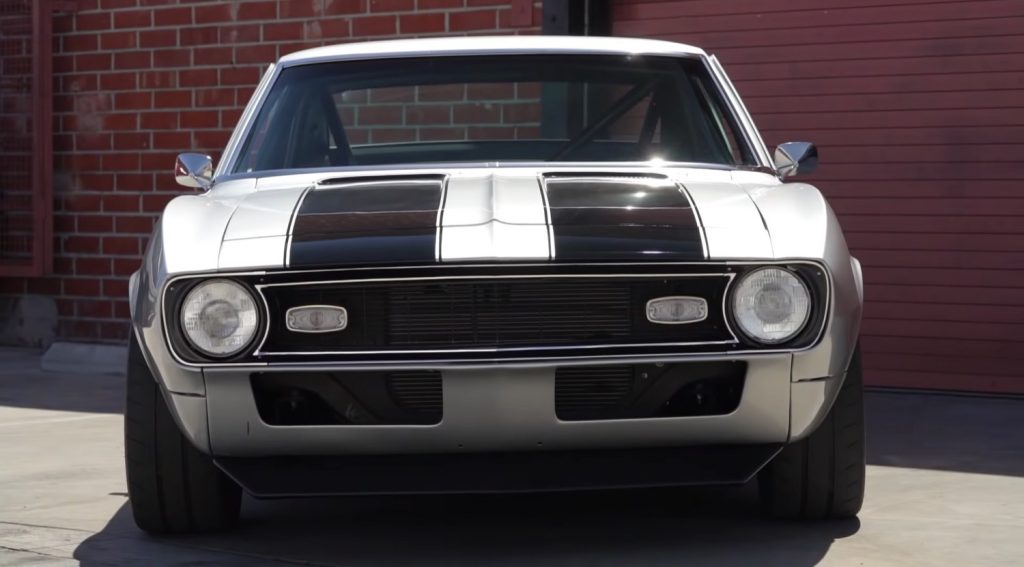 The Chevy Camaro is also running a trick transmission, namely a Jerico WC4-4 – a four-speed Winston Cup racing transmission with straight-cut gears. This monster of a transmission allows McCarthy to shift without the clutch, and connects to 4.88 gearing in the rear.

“It’s a violent transmission,” McCarthy says. “It really doesn’t like to be shifted gently, you really have to bang the thing.” 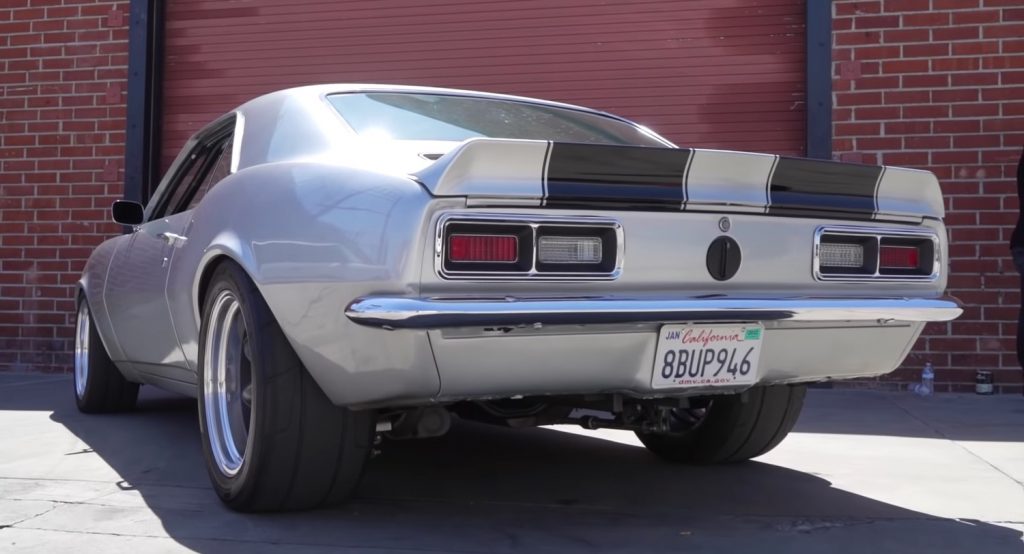 Suspension wise, the build includes the stock Chevy Camaro subframe, but with JRi triple-adjustable coilovers, Detroit Speed lower control arms, a Hotchkis sway bar, and 18-inch wheels with a 315 tire and mini tub in back. Hauling it all down is a set of Wilwood brakes. 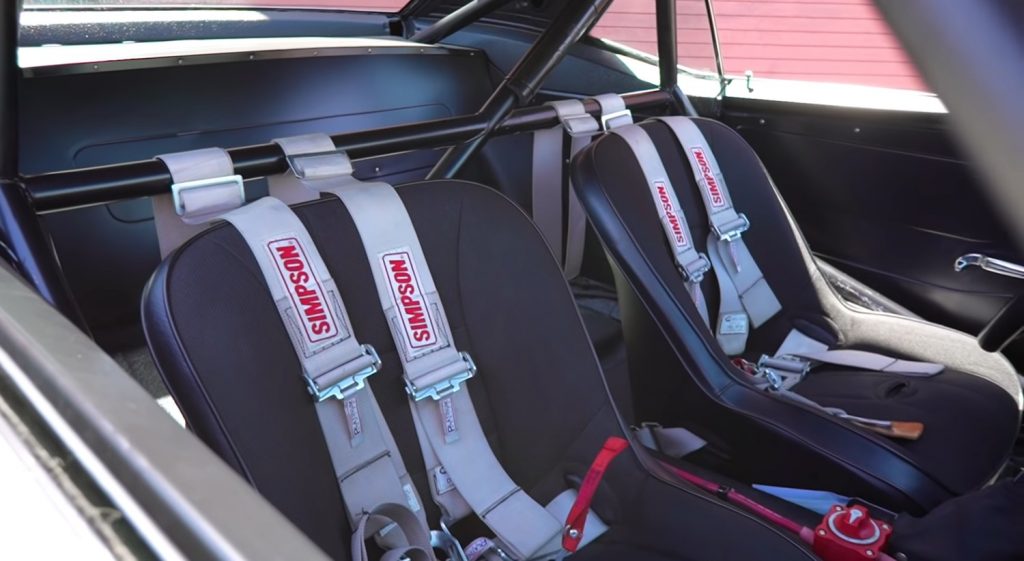 Although McCarthy put in loads of wrench time to get his ride where it is today, he outsourced the paint and body work, which now sits in a gorgeous silver finish and black racing stripes running up the spine.

All told, this build has the goods, and then some, so check it out: