The Holley LS Fest is all about celebrating the General Motors LS engine and all the different builds that enthusiasts drop the reliable, inexpensive V8 into. One of the craziest LS-powered builds that showed up to Holley LS Fest in 2020 was Jason Shell’s 2006 Chevy Colorado drag car, which was the subject of a short video that Holley recently uploaded to its YouTube channel. 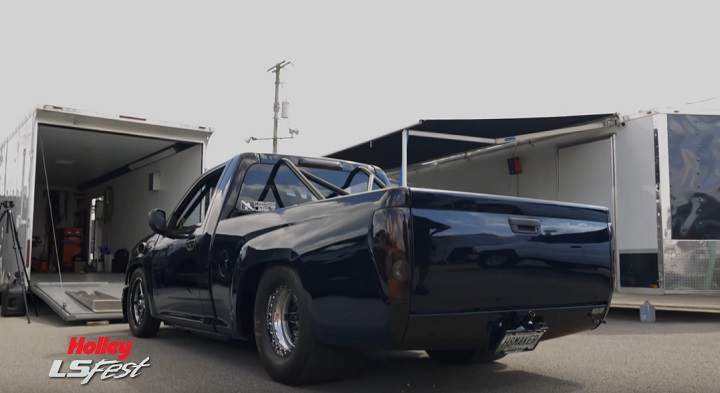 Holley’s media team caught up with Shell at LS Fest East last year, where he was displaying his partially completed twin-turbo race truck alongside all the other impressive builds that LS Fest is known to attract. Shell says he spotted this truck in a junkyard when he was salvaging another GM LS V8 block for a separate project he was working on and brought it home on a trailer. He initially wanted it to be a streetable performance truck and dropped a 6.0L LS V8 in it with a single turbo setup and a Ford 8.8-inch rear end. The truck “went a little faster than we thought it would,” Shell says, so he needed some safety upgrades in order to be able to race the truck legally at the local dragstrip. 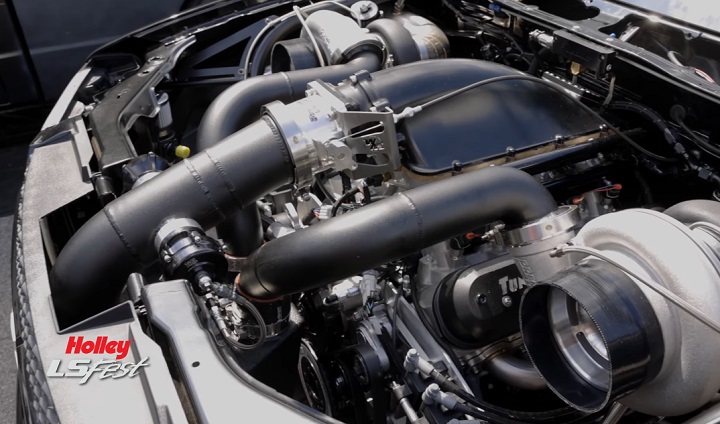 The modifications snowballed from there, with the Chevy Colorado now boasting a Dart LSx block, a Dart billet crankshaft, twin Precision turbochargers, an air-to-water intercooler setup and a Holley Dominator EFi system. Shell says he “always wanted to go 200 (mph) in the quarter (mile)” so he’s hoping that with a little more tinkering and tuning, he can achieve his goal. Once the truck is fully finished, he plans on competing with it at both Hot Rod Drag Week and the drag racing shootout at LS Fest East later this year. 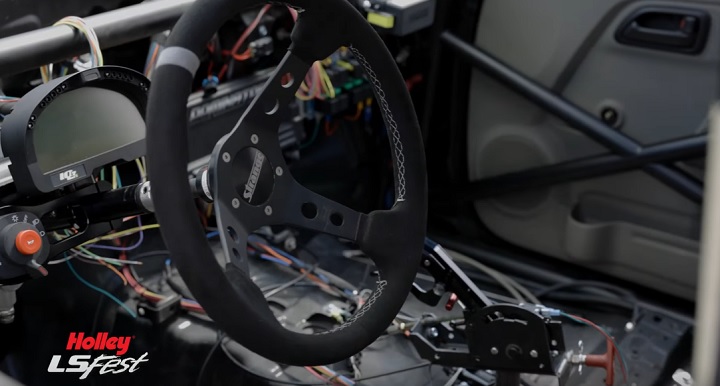 Check out the video below to hear Shell tell us a little bit more about his boosted Chevy Colorado drag truck.

Be sure to subscribe to GM Authority for more Chevy Colorado news, Chevrolet news and obsessively updated GM news coverage.