While there are more than a few folks out there that approach their build with a deadly serious attitude, wringing their hands over every precious little detail, some enthusiasts are in it just to have a good time. Colorado-resident Timothy Ball most definitely subscribes to the latter philosophy, as evidenced by his 1979 Pontiac Firebird. 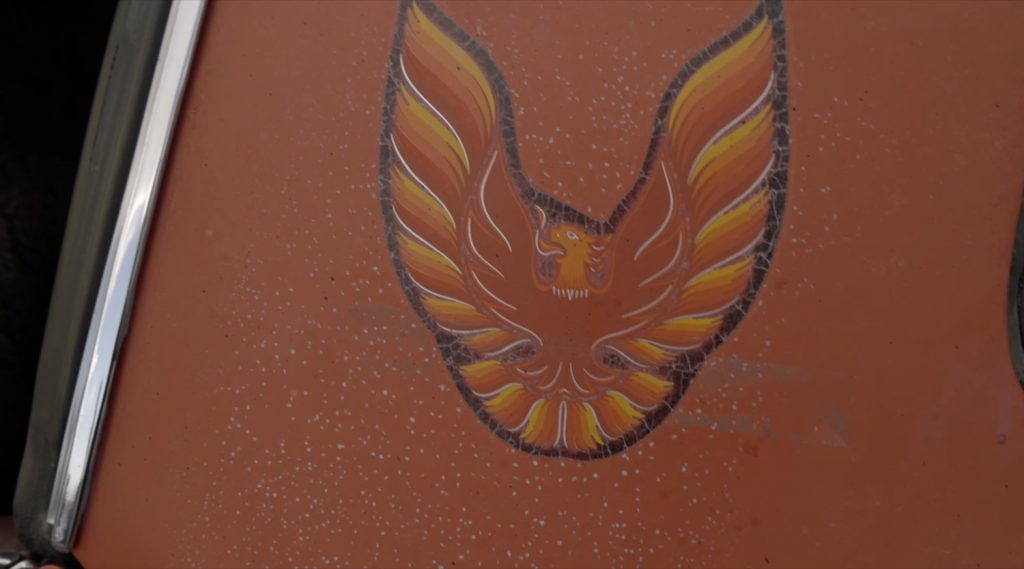 Ball recently took his Pontiac Firebird to LS Fest West in Las Vegas, grabbing the attention of onlookers with a few runs down the quarter mile while rocking a wild compound-turbo setup sticking a foot or two above the hood.

“So I call it the Fire Turd, and I’m hoping one day I can turn it into a fiery phoenix bird,” Ball says with a smile. 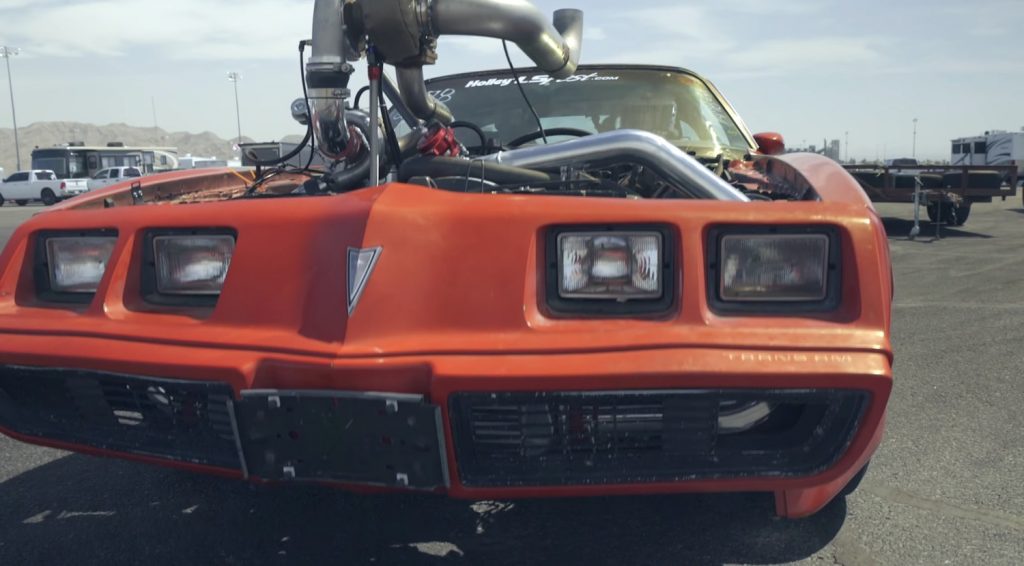 Taking some junkyard components and tossing them under the hood with a good amount of elbow grease, Ball’s Pontiac Firebird might not be all that shiny, but rest assured it’s a blast to drive down the 1320. The setup includes an LS V8-swap, namely the 5.3L, which is running Holley’s Terminator X engine management system. Although Ball confesses that he’s still a novice when it comes to tuning, he was able to get everything up and running in a basic, ground-level kind of way.

“I’m kinda proof that you can learn at any age, I guess,” Ball says.

Probably the most striking thing about this Pontiac Firebird is the compound-turbo setup, which was installed using a jumble of pipes and fittings that plays well to the coupe’s homebuilt chic.

“I’ve always liked compound turbos, and they do a lot on diesels but you rarely see it on turbo cars,” Ball says. Rather than building for huge boost, the turbos on this Pontiac Firebird are more about keeping everything efficient. It’s a fun build, no doubt about it, so hit play to see it for yourself.