Most cars purpose-built for drag racing place an emphasis on performance and leave style as an afterthought. Griffin Steinfeld’s 1966 Chevy Chevelle is a bit different, though, pairing hugely impressive on-track performance with car show-worthy fit and finish.

Holley recently caught up with Steinfeld at Holley LS Fest West, where the company’s social media team spotted his glistening ’66 Chevy Chevelle from across the paddock thanks to its shiny peacock paint. When they got a little closer, they realized this was no show car and was in fact at LS Fest West to compete in the hugely competitive drag racing event. 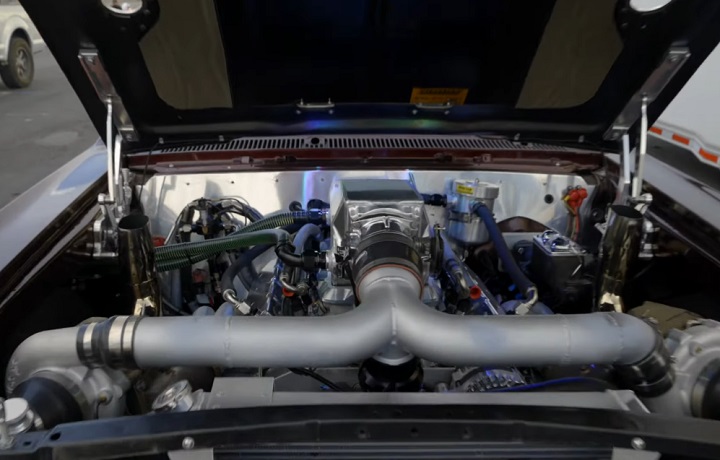 Steinfeld’s 1966 Chevelle previously had a regular tuned Small Block in it, however Steinfeld blew that motor during a race reccently. In the Small Block’s place now sits a modern-day fuel injected LS V8 engine, which features a pair of ball bearing turbos, a Holley dominator EFI system and other modifications. Steinfeld hasn’t had the chance to the dyno the engine, which he managed to drop into the front of the Chevelle in less than a week, so it’s not clear how much power it’s making. His Chevelle runs easy mid eight-second passes at more than 170 mph, though, so it’s definitely not hurting for power. Power is sent to the rear wheels through an electronically controlled GM 4L80E four-speed automatic transmission. 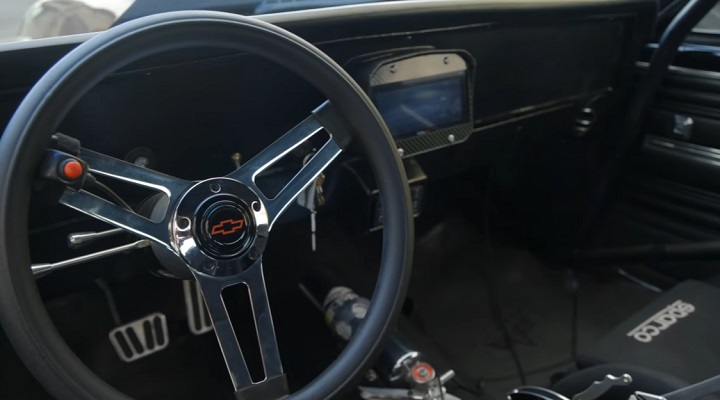 Other upgrades include Viking Performance shocks, rear beadlock wheels shod in sticky drag racing rubber and a lightweight billet steering wheel. This is a drag car, so there’s also some requisite safety equipment on board, including two Sparco racing seats, an onboard fire extinguisher, an NHRA-approved roll cage and a parachute.

Check out the video embedded below to learn a bit more about Steinfeld’s unique ’66 Chevy Chevelle.