The restomod craze continues to bring us unbelievable examples of classic cars that have been wildly customized into drivable, enjoyable show-caliber builds. This highly modified 1957 Chevy Bel Air is an example of a much-loved vintage Bow Tie that has been transformed into a rolling work of art. 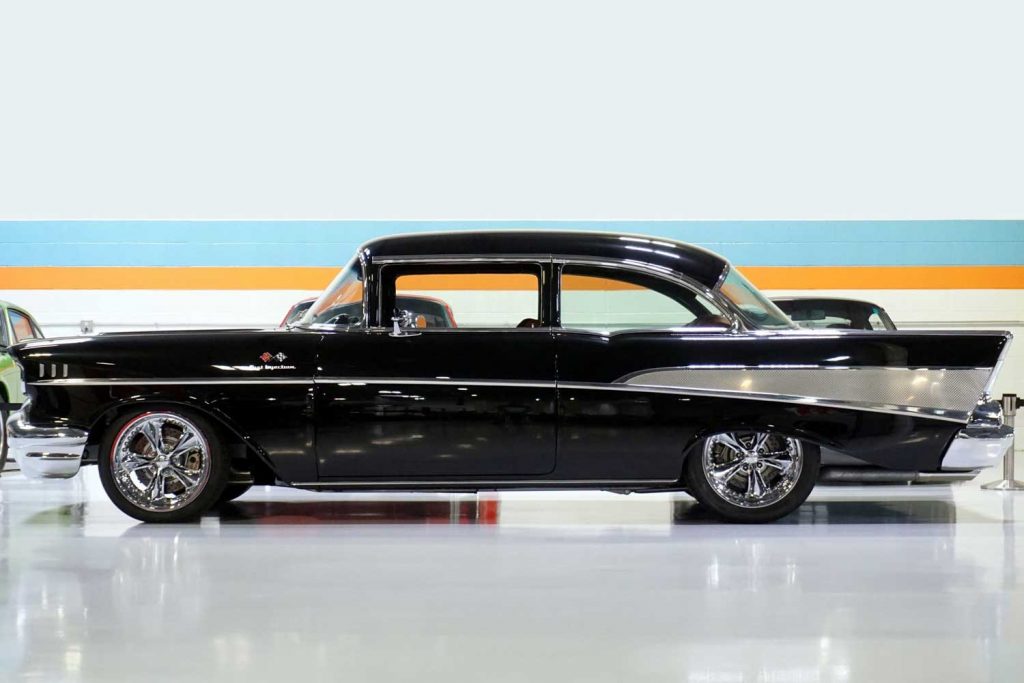 The exterior of this 1957 Chevy Bel Air is instantly recognizable as the final year of Chevy’s Tri-Five shoebox, but closer inspection reveals much has changed. The chrome jet hood ornament has been shaved, as have the caps at the ends of the twin hood power bulges, resulting in a look that is more like a ’57 Corvette. The grille has also been smoothed, shrunken, and simplified, with a smaller mouth and custom front bumper that lends itself to a more understated appearance. The flare in the beltline molding now contains a patterned polished metal insert where a painted with polished stripes panel would have previously resided. Rearview mirrors have been swapped for newer units with LED turn signal indicators on the front side. The paint is Mercedes SLR black metallic pearl which is offset by sparkling chrome bumpers. The Bel Air rides on staggered Foose wheels wrapped in low profile rubber. The whole thing is built on an Art Morrison triangulated 4 link chassis. 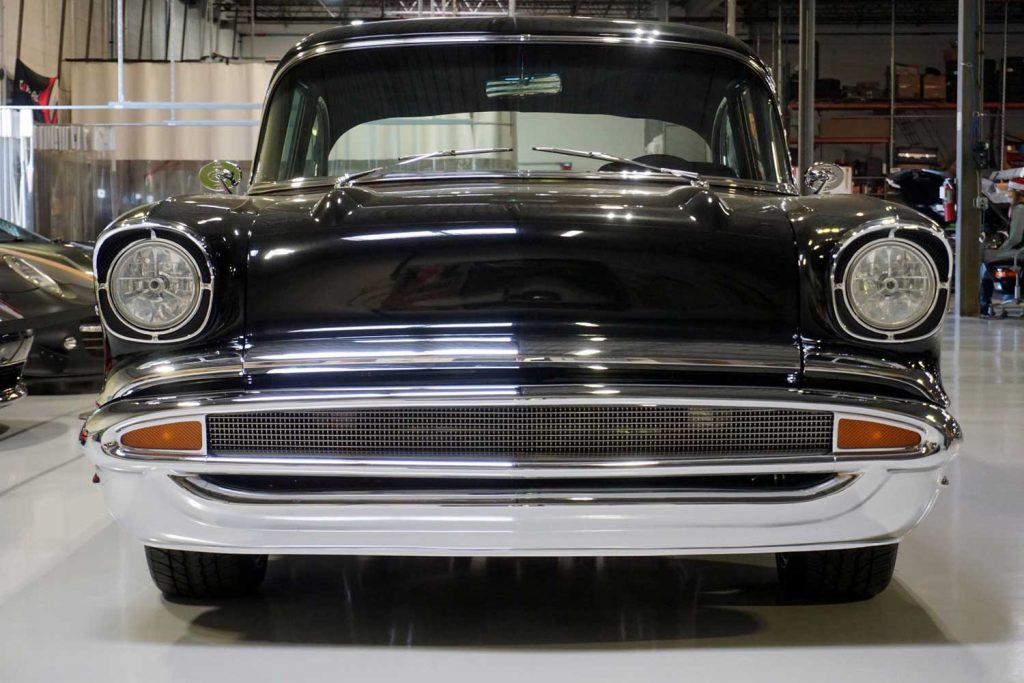 The interior of the Chevy Bel Air is nothing like original. Front bucket seats are covered in medium brown leather with black ostrich accents. A custom console divides the buckets, housing the shifter, stereo head unit, storage compartment, and arm rest. The door panels have been covered in the same leather and ostrich combo, with custom billet door handles. Dakota Digital Analog gauges with carbon fiber faces fill the dash. 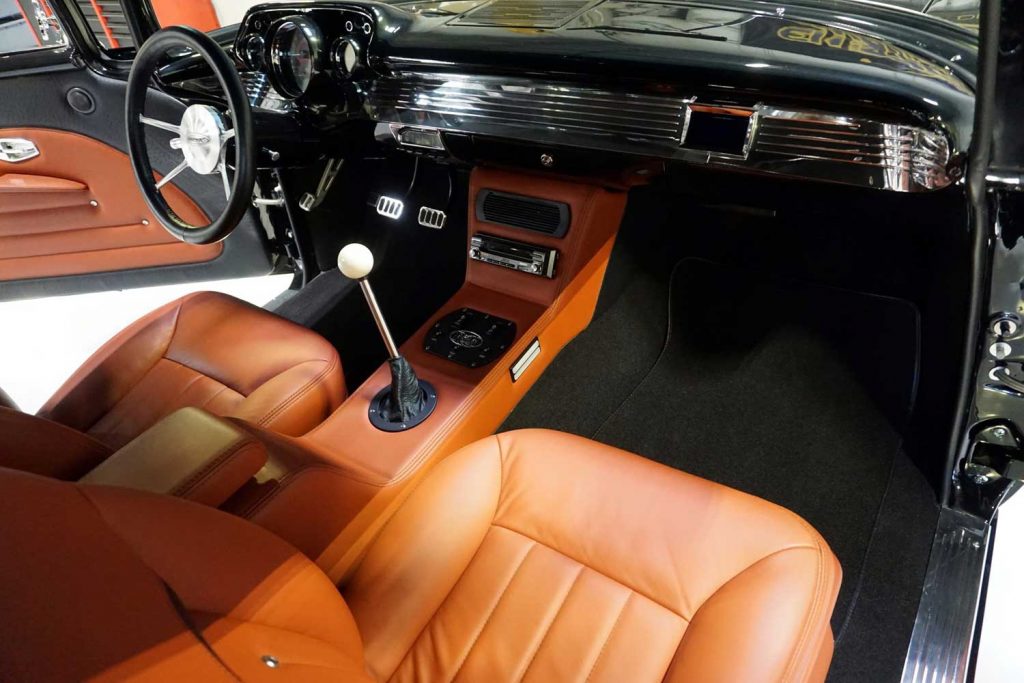 Under the hood of the Chevy Bel Air is a wet sump 505-horsepower LS7, backed by a Tremec T56 six-speed manual transmission. The engine bay looks to be show ready, with a smoothed, painted, and polished firewall and fenders. All hoses, wires, and lines have been tucked for a clean appearance. Everything is chromed or polished. A silver-painted engine cover with Z06 badges rounds out the look. 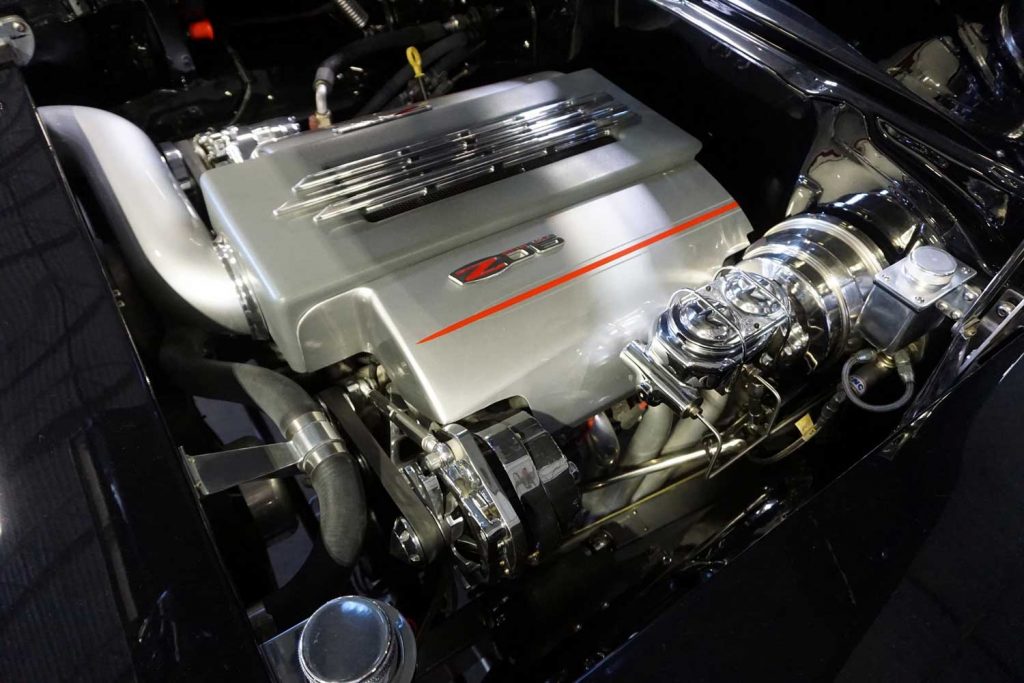 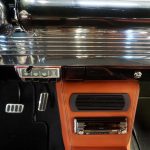 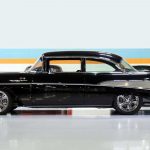 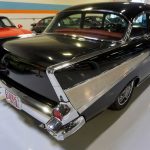 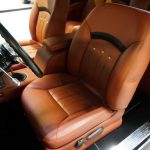 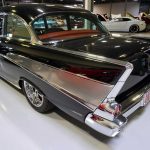 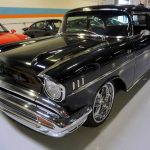 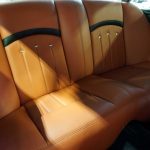 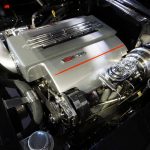 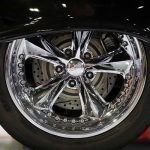 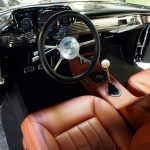 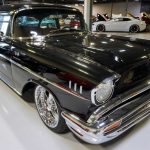 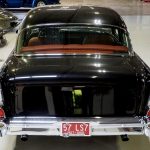 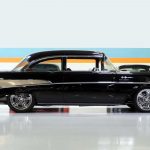 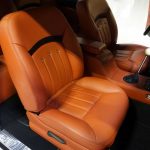 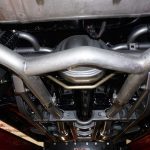 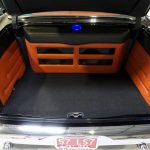 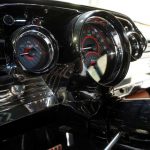 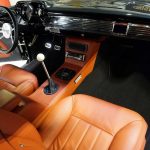 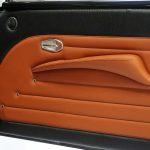