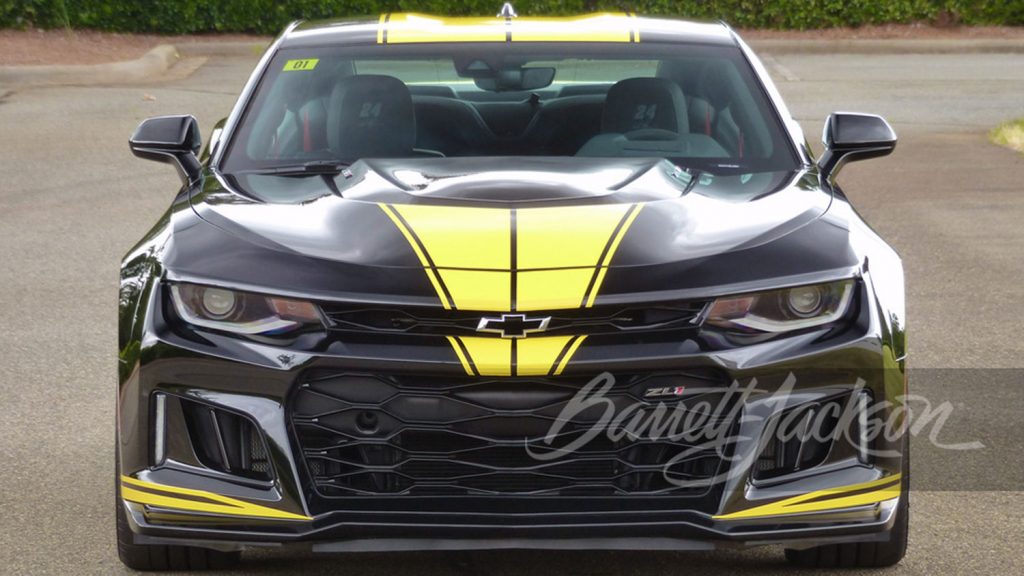 Hertz originally donated the special-edition 2020 Chevy Camaro ZL1 production model No. 1 to the Jack & Jill Foundation last year, but due to the COVID-19 pandemic, the coupe was not auctioned off until now. The Camaro rolled across the auction block in Las Vegas on Saturday, June 19th, with Brenda and Rick Nielsen placing the winning bid. 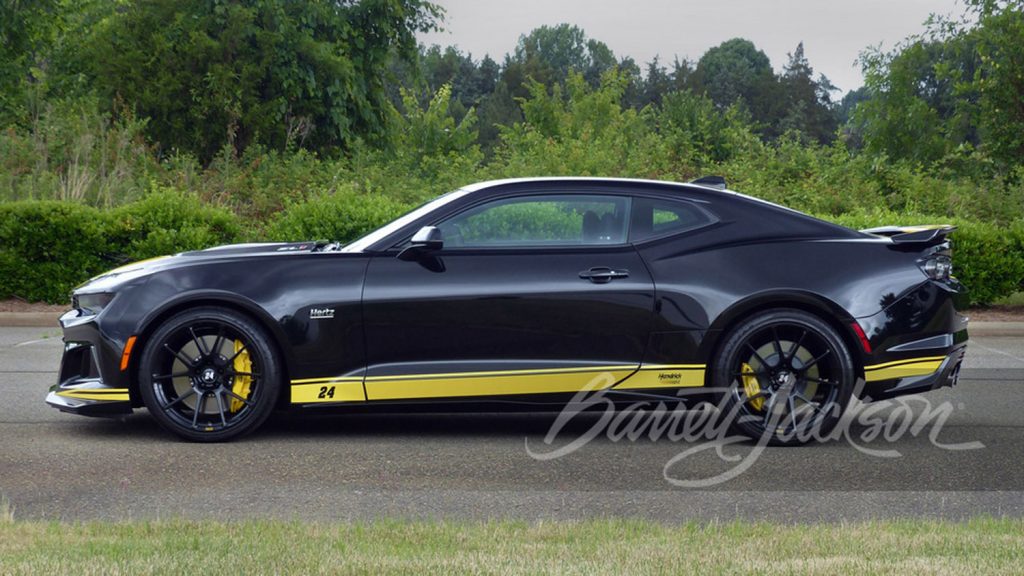 The Hertz-Hendrick 2020 Chevy Camaro ZL1, also known as the Hertz/Hendrick Motorsports Edition Camaro, is a limited-run series of special-edition Chevy Camaro models produced via a partnership between Hertz Rental Car and Hendrick Motorsports. Based on the standard Chevy Camaro ZL1, the Hertz-Hendrick 2020 Chevy Camaro ZL1 is equipped with a Callaway Gen Three Supercharger and Callaway Triple Cooled Intercooler System, which increases output to 750 horsepower, a 100-horsepower increase over the standard model’s 650 horsepower. Additionally, the special-edition Camaro comes with a carbon fiber hood insert that provides additional room for the new supercharger. 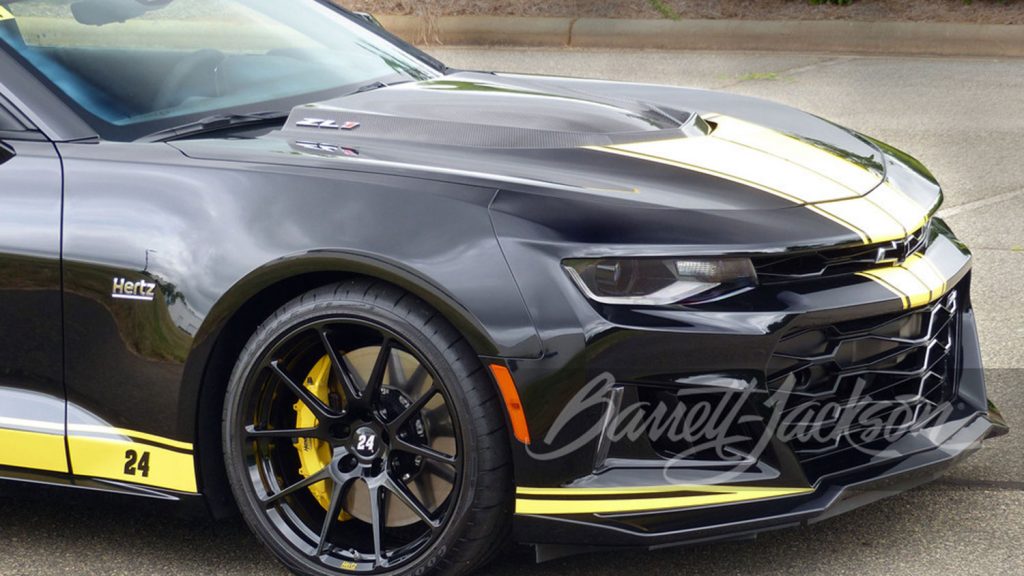 Only 24 examples of the Hertz-Hendrick 2020 Chevy Camaro ZL1 were built, with the model auctioned in Vegas being the first. The vehicle’s first-run designation is recognized with a special production number plate in the engine bay. Further upgrades include a special appearance package with Hertz Yellow stripes and graphics, painted yellow calipers, Forgeline wheels, and special badging. The interior is also upgraded, and comes with yellow inserts for the door panels, black leather upholstery, a unique dash plate, and embroidered floor mats. 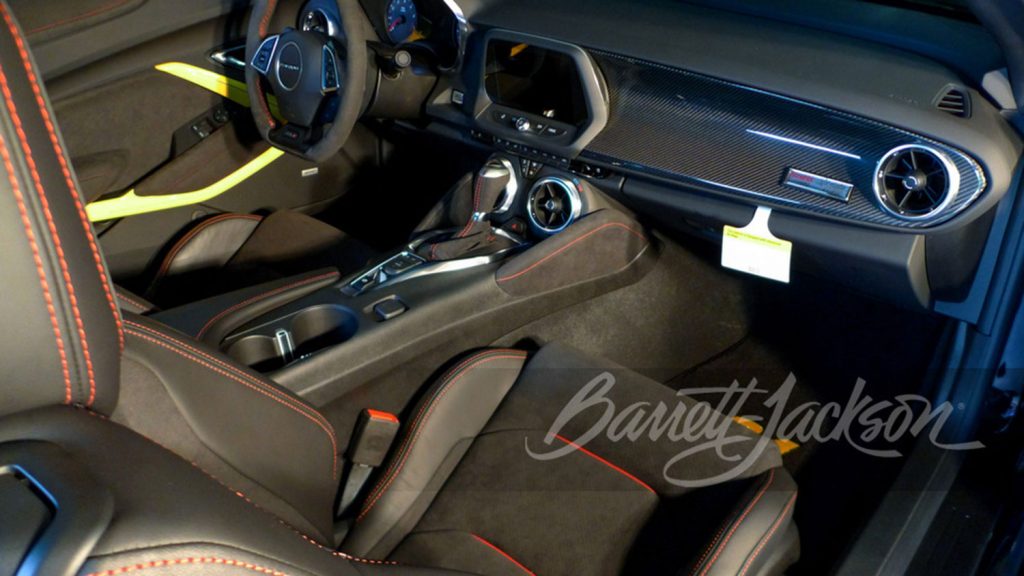 As a reminder, the Chevy Camaro ZL1 is equipped with the supercharged 6.2L V8 LT4 gasoline engine.

Check out the auction as it happened below: 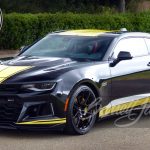 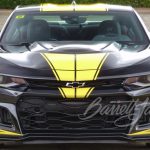 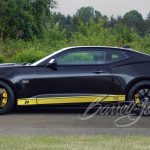 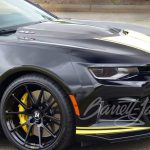 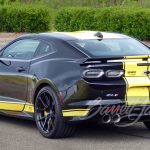 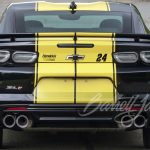 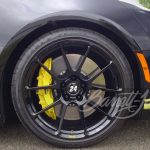 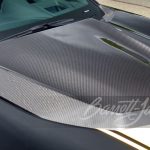 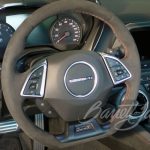 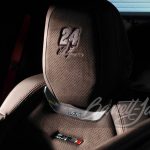 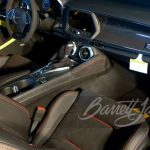 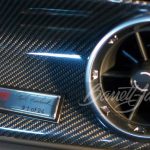