Cadillac is making the transition into offering a range of all-electric vehicles, including several new Cadillac crossover models motivated by electricity alone. Of course, the new Caddy EVs will need the styling to match, and now, we’re getting another look at Cadillac’s design direction with the following futuristic Cadillac crossover sketch. 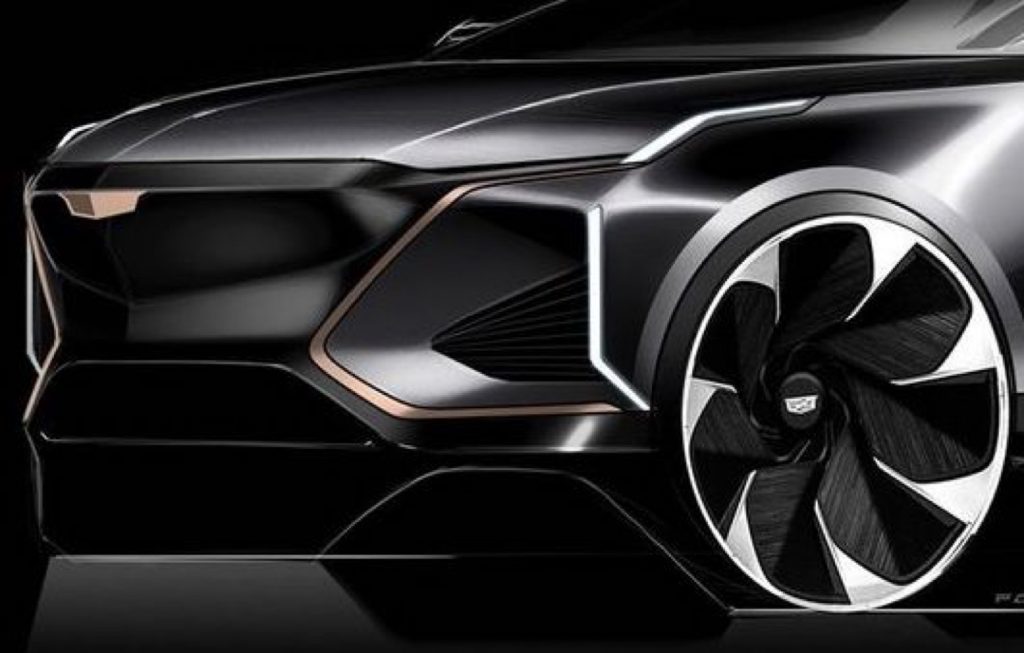 Coming to us from the official General Motors Design Instagram feed (@generalmotorsdesign), this Cadillac crossover concept sketch was created by artist Zhou Fang in 2017, and looks to preview future models like the all-electric Cadillac Lyriq.

Indeed, the front end in particular looks quite familiar, with a large, blocked-off front fascia in a shield-like shape leading into narrow lighting elements in the corners. The lower corners incorporate checkmark styling lines and narrowed intake-style indents with further lighting elements arranged in a vertical pattern.

While the front end is definitely reminiscent of the production-ready Cadillac Lyriq, the rest of the design is pure concept drama. The wheels are absolutely enormous, filling the wheel wells with a tucked fit under the fenders. The smooth side body panels show no panel gaps or door handles, while the roof is impossibly low on the body.

Speaking of which, the new Cadillac Lyriq will be joined by a new three-row all-electric SUV that places an emphasis on interior space and cargo capacity, as well as a new SUV offering “attainable luxury” and sizing similar to the current Cadillac XT4.