Trucks, SUVs, and crossovers remain the go-to body style for customers looking to double down on their vehicle’s practicality, but for those folks that also want something a little more compact, hatchbacks are a fantastic choice as well. General Motors currently offers a few hatchback models, most notably with the Chevy Spark and Chevy Bolt EV / EUV, and now, GM Design has released an early concept sketch of a Chevy hatch created in 2013. 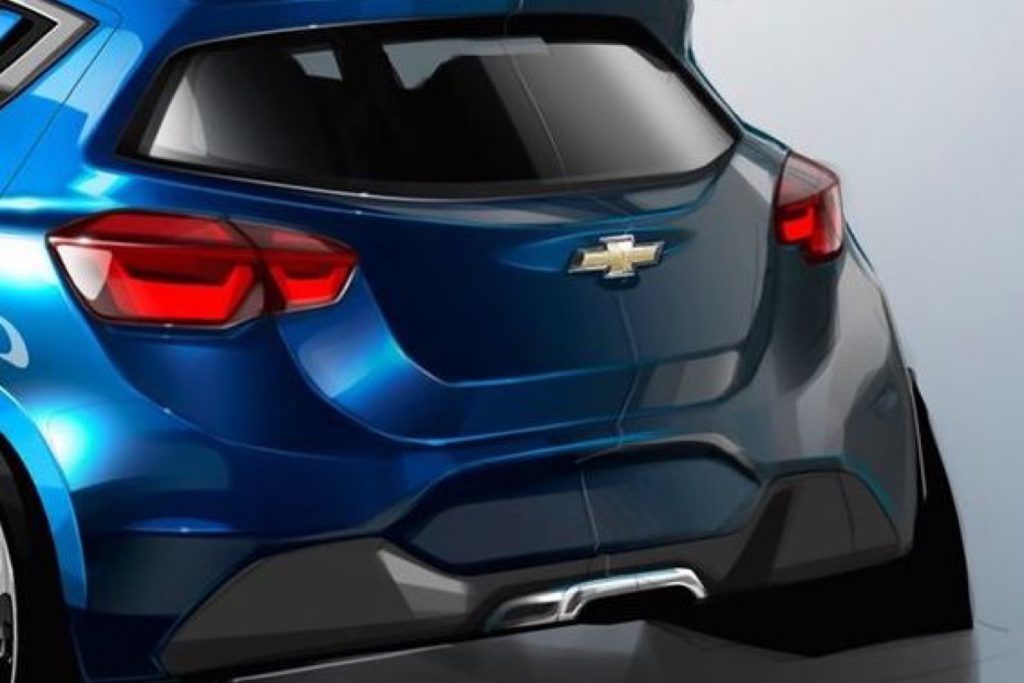 Coming to us from the official GM Design Instagram feed (@generalmotorsdesign), this Chevy hatchback concept sketch was created by Geoffrey Richmond, the same artist that created the futuristic GMC TopKick and Chevy Impala renderings that GM Authority featured previously.

This particular GM design bears similar qualities and features, with flowing lines and prominent features throughout. The concept is focused on the rear three quarters view, with the hatch section dominated by hexagonal tail lamps. The tail lamps blend into “indents” in the hatch that accentuate the squared-off shape, while complementing the shape of the lower bumper insert as well. 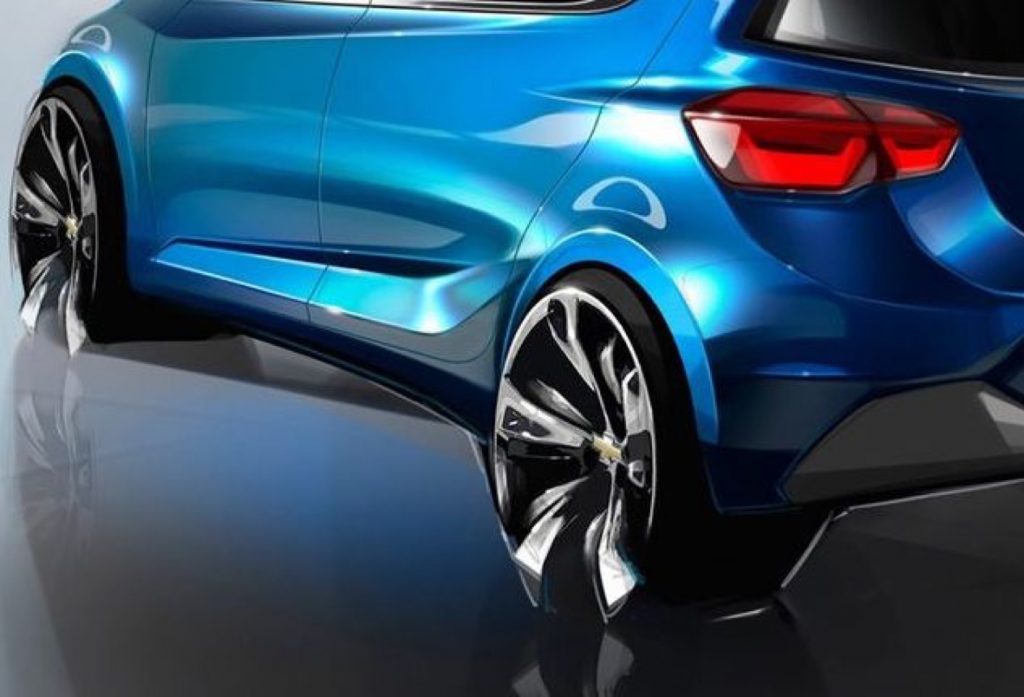 Being a concept, this GM design is highly stylized, with enormous wheels and a slammed ride height, not to mention smoothed-out door panels without any door handles.

Looking over this concept, we can’t help but see influences carried over to the production Chevy Bolt EV. Prior to the refresh introduced for the 2022 model year, the Bolt EV featured a similar design for the rear hatch and window line, with the same squat stance and leading-edge roof for the former, and the same angular point for the latter. The recent 2022 model year refresh evolves some of these styling cues, thinning the tail lamps into horizontal lines and beefing up the rear hatch, but other elements (like the window line) remain.

For now, General Motors doesn’t offer many hatchbacks for the U.S. market, but judging by this concept, The General certainly has the design chops to make it work.