The phrase “time capsule” may be overused when it comes to low-mile, original-condition cars for sale on various collector car websites, but in the case of this 1987 Chevy K5 Blazer, it is absolutely accurate. 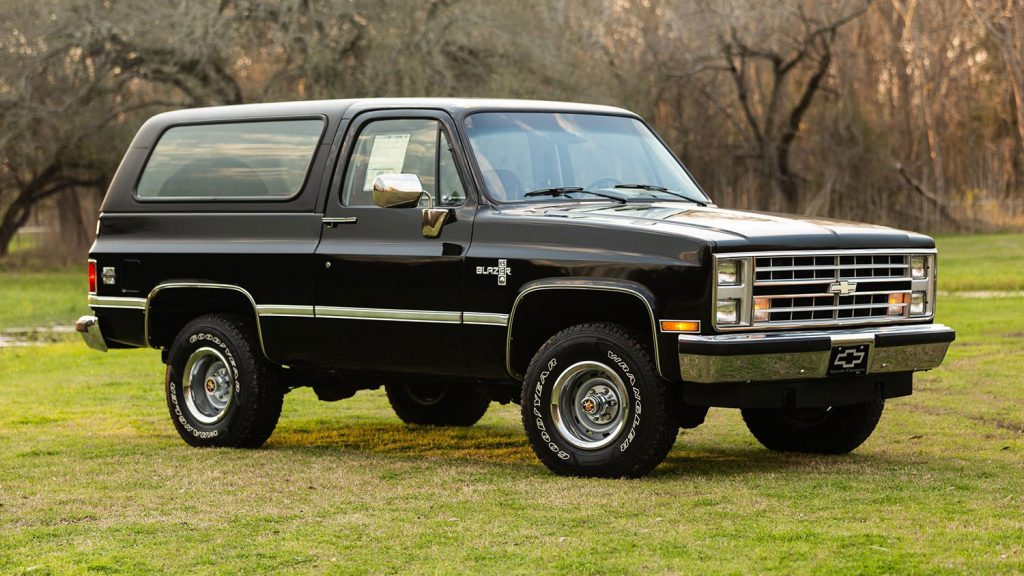 The Chevy K5 Blazer debuted as a 1969 model year offering as a Ford Bronco and International Harvester Scout competitor. The K5 Blazer was larger than either of its competitors, as it was built on a shortened K10 truck frame. The Blazer was available only with four-wheel drive for 1969, but that would change with the 1970 model year, when a two-wheel-drive version was offered. The first-generation Chevy K5 Blazer ran from 1969 to 1972. 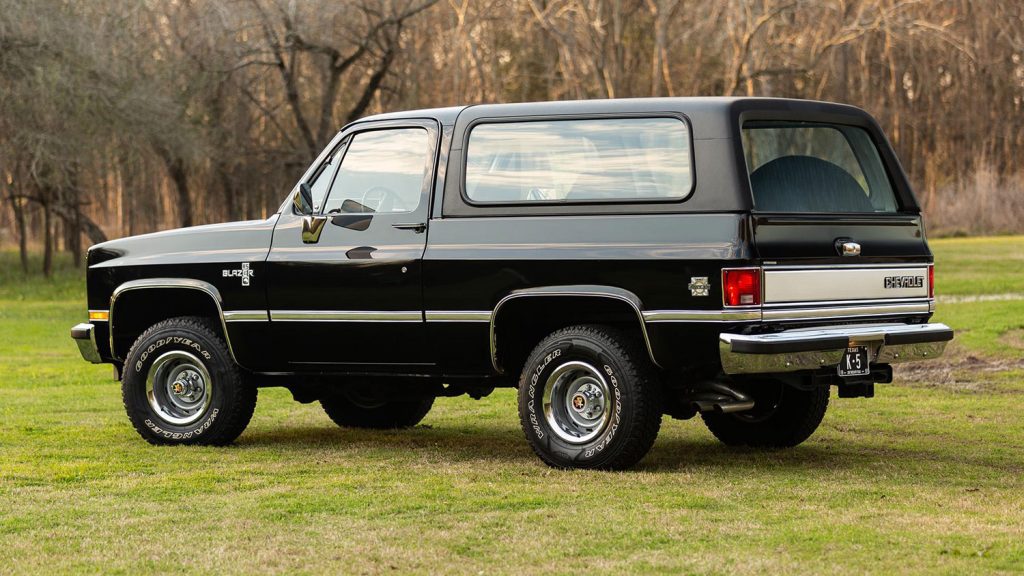 This second-generation 1987 Chevy K5 Blazer Silverado has covered just four thousand miles from new. Its Midnight Black paint is unmarred, with no chips, nicks, or dings noted. All chrome trim and the Deluxe chrome bumpers present as new. The grille, which would usually be the recipient of rock chips, is as clean as the day it rolled off the showroom floor. The stainless trim is brilliant. The glass is crystal clear, and almost miraculously, the weatherstrip still appears soft and pliable. The factory rally wheels are wrapped in modern Goodyear Wrangler raised white-letter tires. 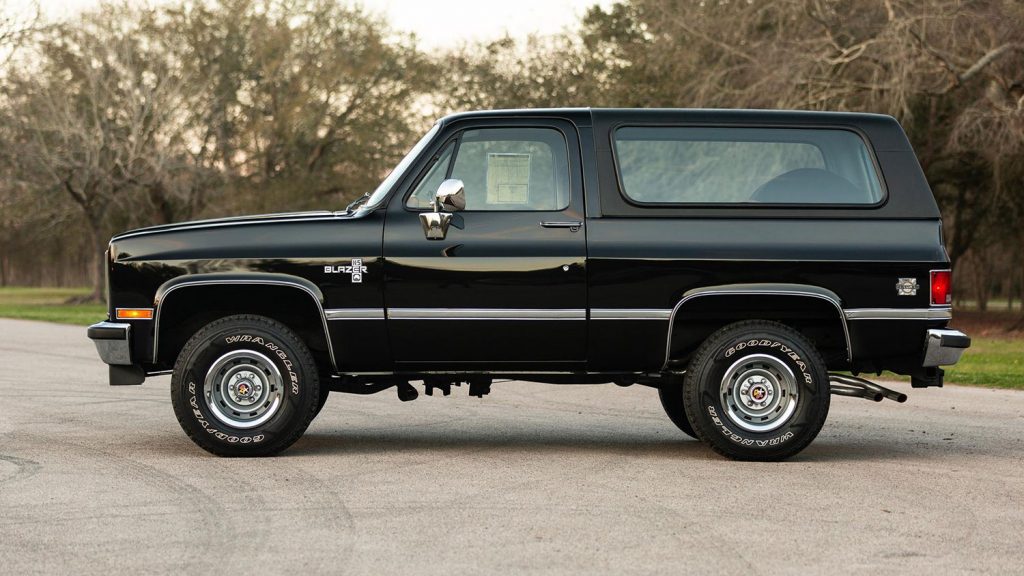 The interior of the Chevy K5 Blazer is burgundy cloth, with adjustable front high-back bucket seats and a folding rear seat. It is equipped with a power rear window, a factory Delco AM-FM/cassette player, air conditioning, and auxiliary gauges. The factory window sticker is still affixed to the passenger-side window. The seats show no sign of wear. The door panels are mint, even the door pull covers that were always the first thing in the interior to break. Remarkably, the paper floor mats that came with the Blazer at delivery are still present, on top of the factory rubber mats. There are no cracks in the dash, the steering wheel still retains its factory texture. In short, none of the signs of age and wear that are so common to most of these Chevy trucks can be found here. Amazing. 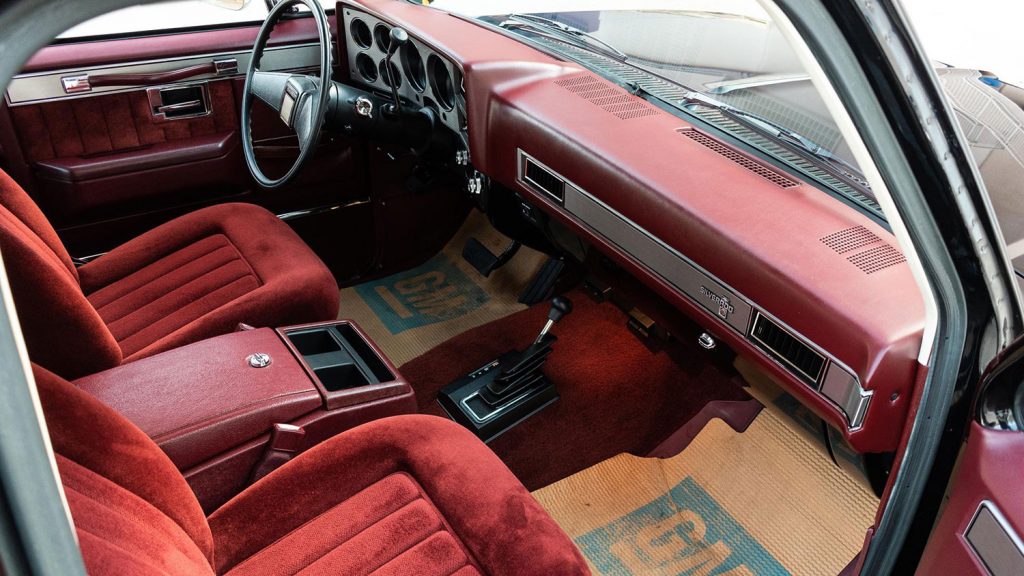 Under the hood of the Chevy K5 Blazer is the fuel-injected, 210-horsepower 5.7-liter V8 backed by a four-speed automatic transmission. The Blazer comes with automatic locking front hubs, a dual-range transfer case, and a 3.73 rear gear. The engine bay is spotless, with all original components present and accounted for. The firewall still shows the factory overspray. 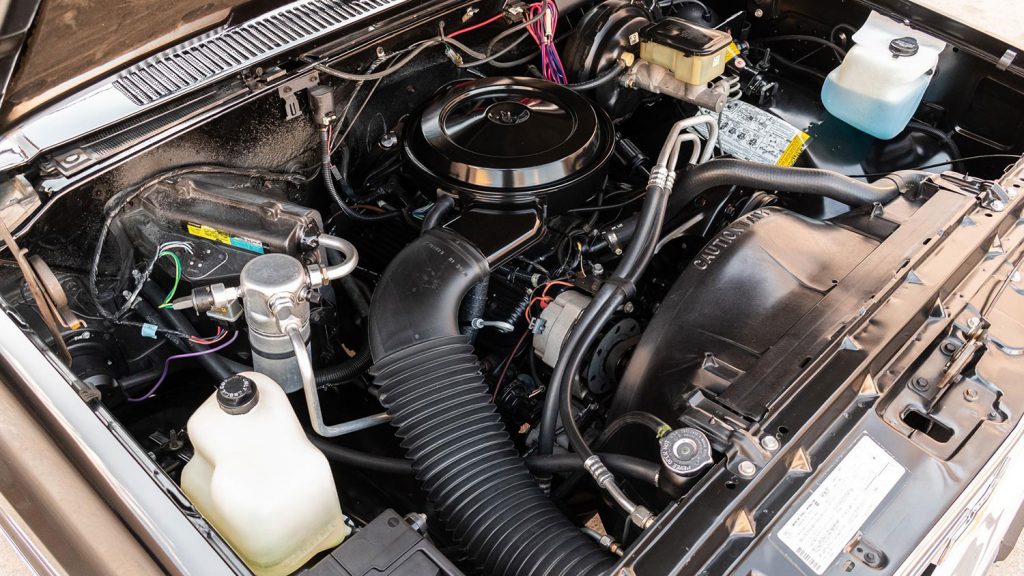 This as-new Chevy K5 Blazer can be found on Bring a Trailer, with bidding currently just shy of $60,000 as these lines are being written. 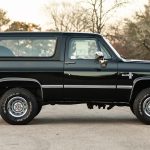 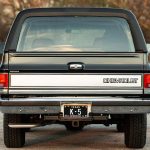 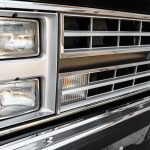 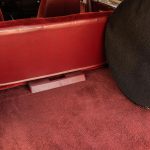 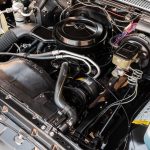 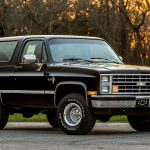 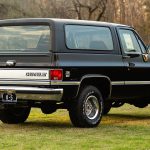 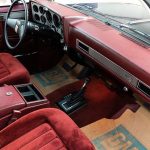 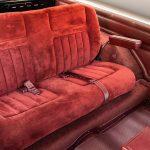 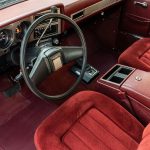 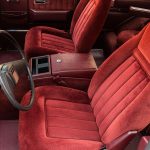 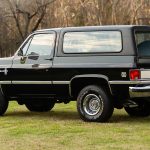 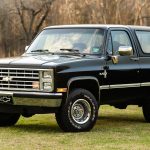 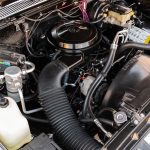 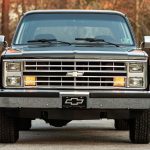 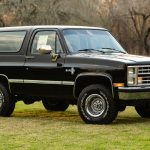 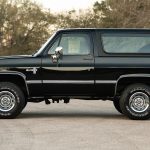 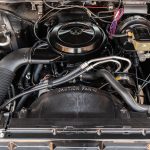