The very first official image of the new 2022 Toyota Tundra has been revealed, giving us an early look at the full-sized pickup truck set to rival the Chevy Silverado and GMC Sierra. 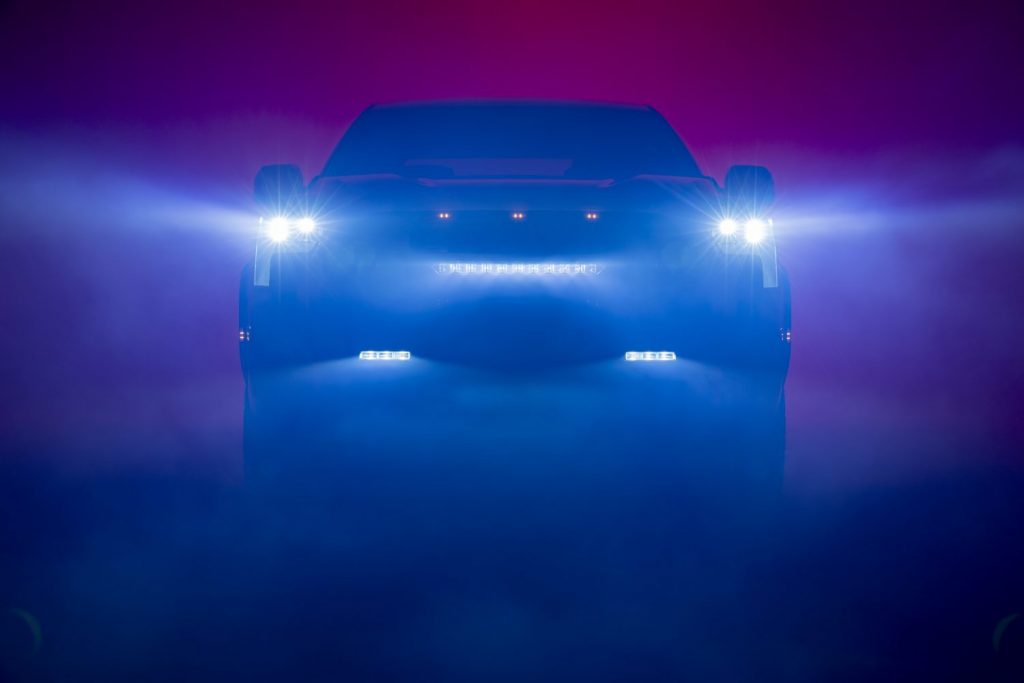 Photos of the 2022 Toyota Tundra leaked earlier this week, but now, Toyota has gotten ahead of the curve by publishing the first official look at the new pickup’s design.

This particular model appears to be the TRD Pro model, and is equipped with 18-inch wheels with Falken Wildpeak all-terrain tires in the corners. The tires are sized at 285/65R18. Up front, this new 2022 Toyota Tundra features a large black grille insert, characterized by a honeycomb inner design and large Toyota brand script across the top of the insert.

Just above the Toyota script, we see a trio of amber lights, while below the logo is a large, horizontally oriented LED lighting bar. Below the grille is a set of smaller LED light bars, while the lower edge of the front bumper gets what appears to be a black skid plate. 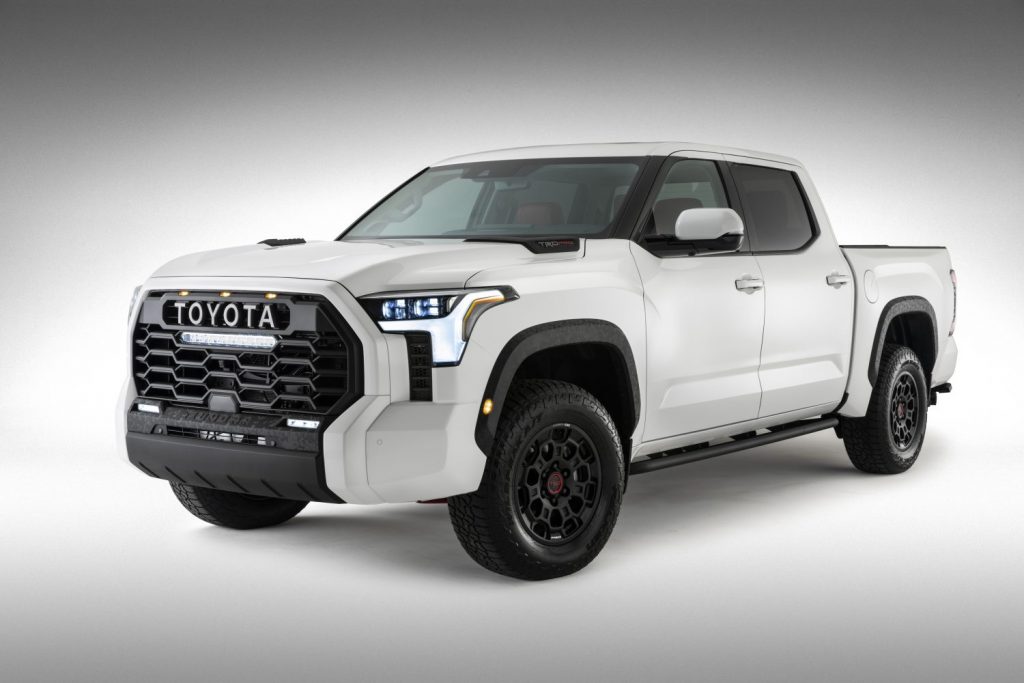 Also notable is the interior, which appears to boast red upholstery. 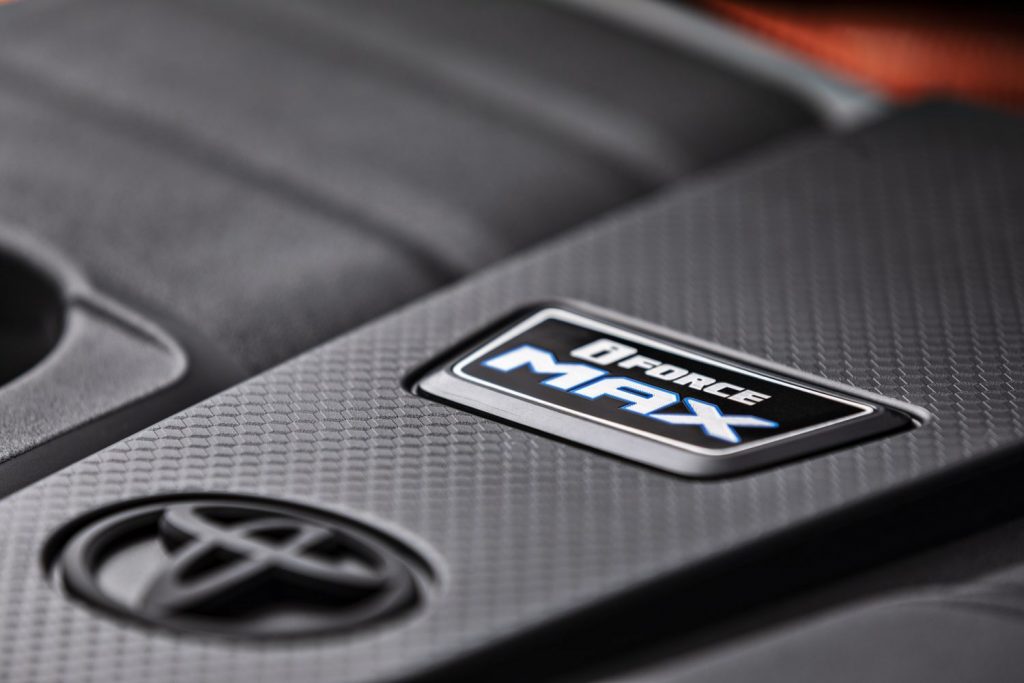 Earlier this week, Toyota unveiled an image of the 2022 Tundra’s engine cover, which features a large “iForce Max” badge across the top. For now, specifics on the new iForce Max engine are few and far between, but rumor has it the powerplant will be a fresh twin-turbo V6. The blue lettering on the badge could also suggest the availability of hybrid power.

The 2022 Toyota Tundra is expected to make a full debut later in 2021, with U.S. sales set to commence prior to the end of the year. Pricing details are obviously still under wraps, but the base model should start at around $36,000, with TRD Pro models ranging over the $50,000 mark.