A digital artist remembered fallen soldiers for Memorial Day by using his talents to render a fictional military vehicle based around the new GMC Hummer EV SUV. 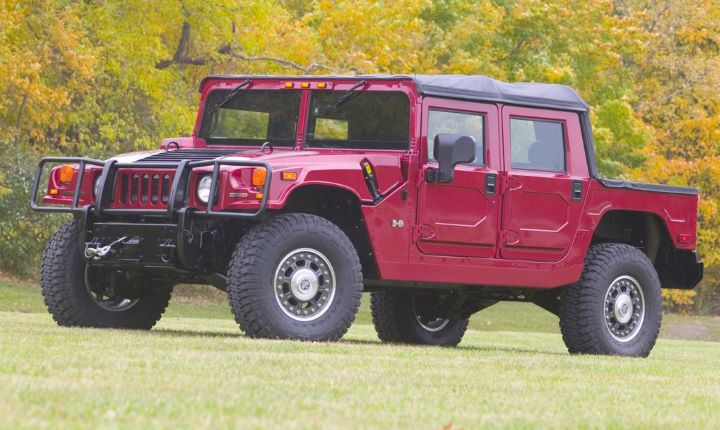 When most Americans think of military vehicles, they usually think of the iconic High Mobility Multipurpose Wheeled Vehicle (HMMWV), which is more widely known by its colloquial nickname ‘Hummvee’. Hollywood actor Arnold Schwarzenegger famously led a campaign that sought to convince AM General, the maker of the Humvee, to produce and sell a civilian version of the vehicle – resulting in the introduction of the Hummer H1 in 1992. More civilian-spec Hummers followed in the way of the H2 and H3 before GM pulled the plug on the short-lived military-inspired truck and SUV brand in 2010.

Now, with GM reviving the Hummer nameplate under the GMC brand, enthusiasts have begun wondering what a new military-spec Hummer would look like if it were based on the Hummer EV. This new rendering gives us a pretty good idea of how such a vehicle would appear, taking the front fascia and silhouette of the battery-electric Hummer EV and pairing it with combat-ready components like armored body panels, bulletproof glass, tough steel wheels, a remote-controlled roof turret gun, larger side view mirrors and, of course, some American flag decals on the doors and front bumper.

While the GMC Hummer EV seems like a great vehicle for off-roading enthusiasts, it is a civilian vehicle first and foremost, so it’s probably not very well suited for combat or military missions. That said, the U.S. Army is currently looking at ways it could one day deploy battery-electric combat vehicles and how it might charge them in remote locations where charging infrastructure does not exist. So while an electric military-spec GMC Hummer EV isn’t in the cards, that doesn’t mean we won’t see the military adopt an electric combat vehicle one day in the future.