Back in 2014, pro skateboarder and reality television star Rob Dyrdek drove a specially prepped Chevy Sonic hatchback in reverse across an enormous jump, flying more than 89 feet to set a new Guinness World Record. Now, that very same Chevy Sonic will be rebuilt before it’s sold for charity, as previewed in the following 10-minute video. 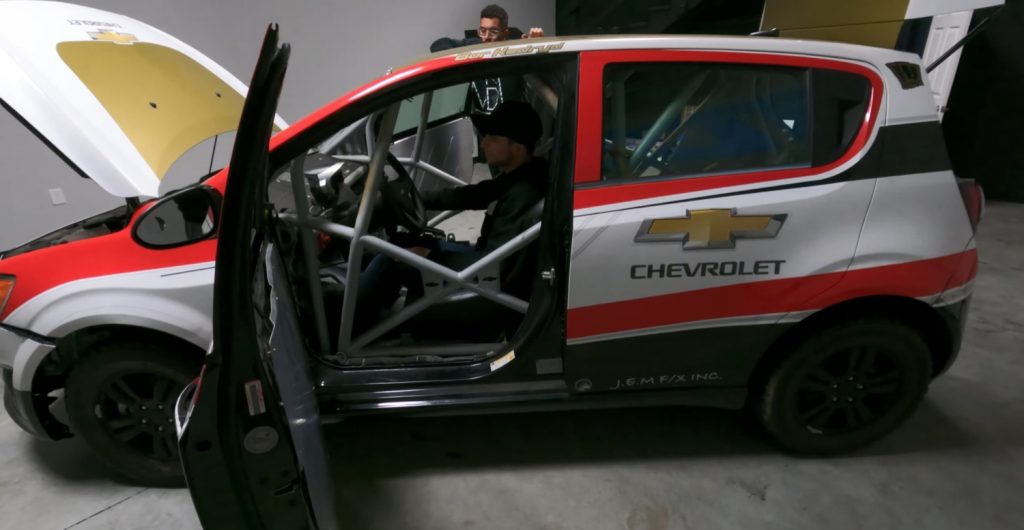 The video comes to us from YouTuber ThatDudeinBlue, who spotted the Chevy Sonic during a recent tour of The Vault at the Petersen Automotive Museum in Los Angeles. After a little back-and-forth with the folks at the museum, ThatDudeinBlue ended up acquiring the stunt car with the intention of fixing it up and auctioning it off.

After taking delivery of his new project car, ThatDudeinBlue immediately starts to get into what it needs, starting with the basics like hooking up a new battery and connecting the rear-mounted fuel cell. We also get a quick walkaround of the various features and upgrades it already has. 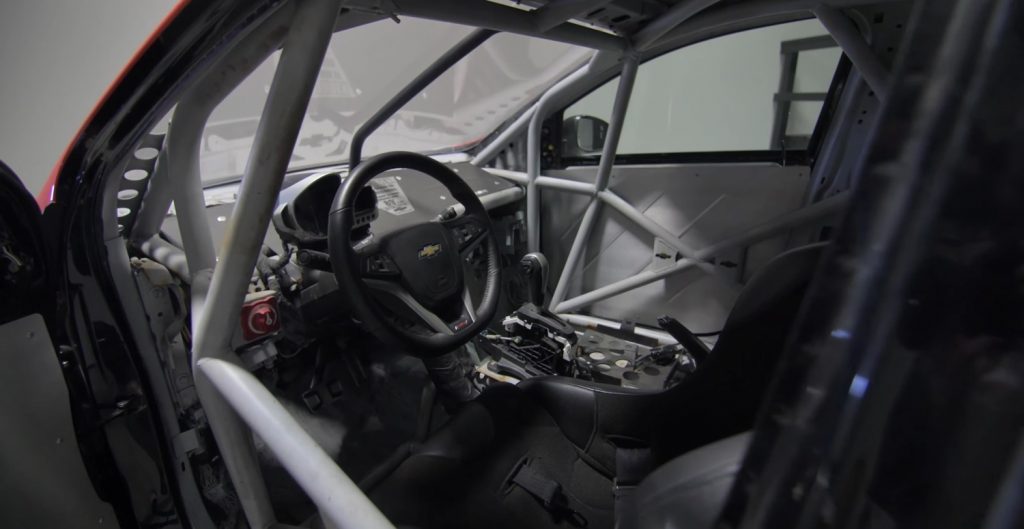 Standouts include a complete livery, including red, gold, black, and gray graphics proudly displaying the Chevrolet logo. Inside, the Chevy Sonic also comes with a gorgeously fabricated roll cage, which looks pretty extensive and intricate – as expected in a stunt car. The cage is tagged with the Chevy Bow Tie logo throughout, while the door panels were replaced with blank sheets of metal. A single MasterCraft race seat is in place in the driver’s position, while further blank sheets of metal cover the dash. 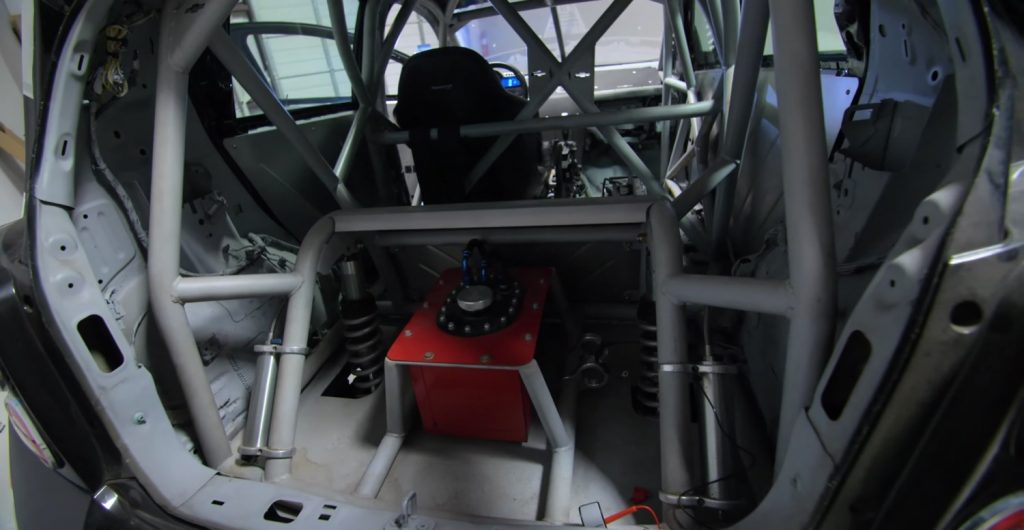 Also notable is the suspension, which was heavily upgraded to make the Chevy Sonic land more smoothly during the record-breaking reverse jump. For example, the rear suspension components include heavy-duty Fox shocks that connect directly to the cage. 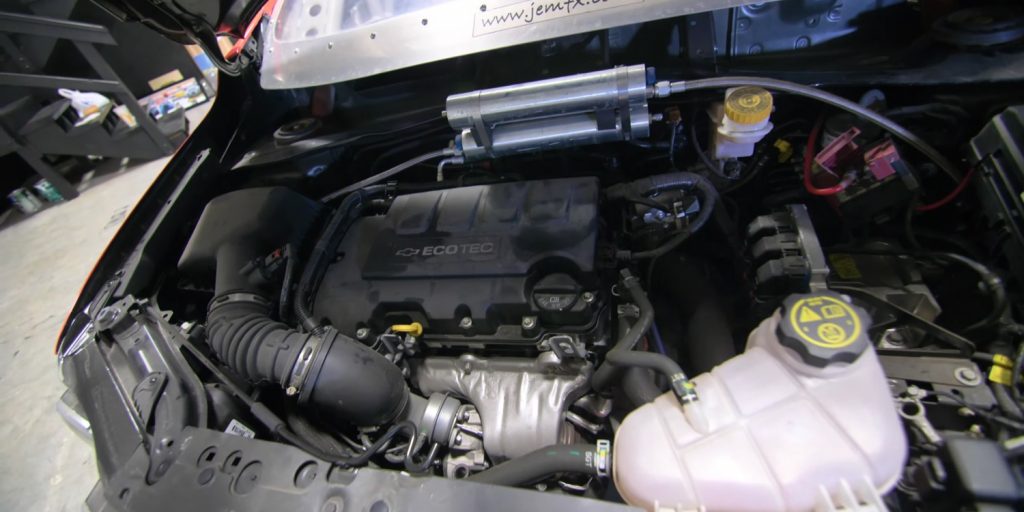 Under the hood, the Chevy Sonic stunt car runs a bone-stock turbocharged 1.4L four-cylinder, rated at 138 horsepower and 148 pound-feet of torque, all of which is routed to the front wheels through a six-speed automatic transmission.

Check out the car in-depth in the video below: