It’s always a good idea to give your vehicle a thorough look over every now and then – but especially so if you’ll be towing a heavy load with it. While the brakes, tires, suspension and other important systems may feel fine under normal load, they can become easily overworked when towing, leading to potentially dangerous component failures. This crash involving a Chevy Silverado, which was caught on dashcam by a motorist in Paw Paw, Michigan back in 2019, serves as a great example as to why it’s important to keep your vehicle in tip-top shape before setting off with a heavy trailer. 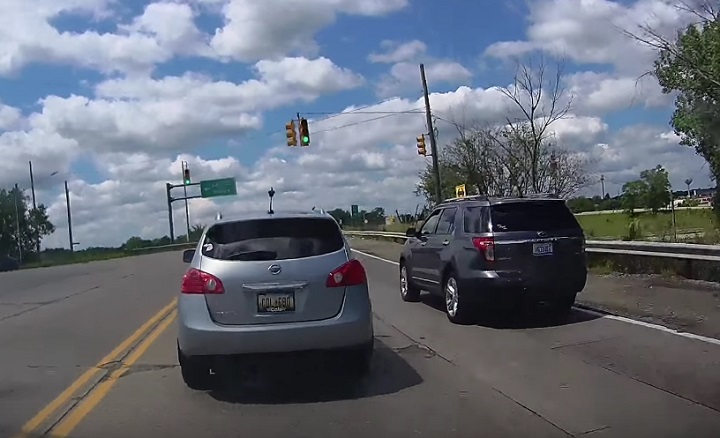 The short 15-second clip starts just as the light at an intersection has turned green and a group of vehicles are preparing to pull away from the light. As they begin to accelerate, an out-of-control GMT 900-generation Chevy Silverado 1500 enters the frame, smashing into the cammer’s car before hitting a silver Nissan Rogue that was driving in front of it. The Silverado was carrying a large flatbed trailer with a ‘Wide Load’ sign on it, which was empty at the time of the crash. The cammer had this to say about the footage in the video description:

“Driving home after work to my wife and two kids. The guy in a truck with a wide load hit like 4 or 6 cars. One of the cars behind me was blasted into the back of me and then the truck with the wide load came down my side like a shredder. Lots of people went to the hospital including myself. One lady was badly hurt IDK if she made it. Guy said he had no breaks (sic).” 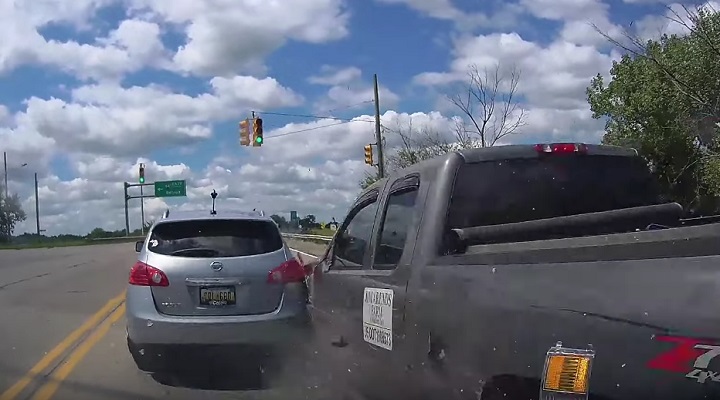 While we can’t say for sure, this trailer seems as though it could be a bit too heavy for an older light-duty Chevy Silverado 1500 such as this. The trailer wasn’t loaded at the time of the crash, but it’s reasonable to assume that this truck had been driving around with this trailer while it was loaded up at some point, which could have put additional stress on the braking system and eventually led to the failure seen in this clip. If the decal on the side of the truck is any indication, the vehicle belongs to or was being operated by Jim Arends Farm in Conklin, Michigan at the time of the accident. 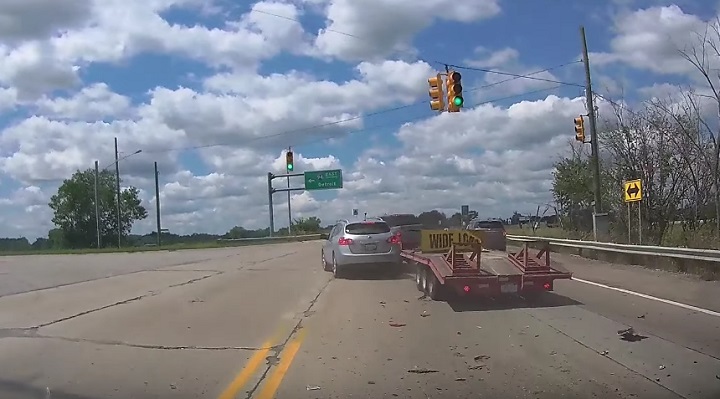 Be sure to subscribe to GM Authority for more Chevrolet news, Chevrolet Silverado news and around-the-clock GM news coverage.