Proper weight distribution while towing is critical to maintaining trailer stability. Otherwise, the trailer could start to “snake,” swaying side to side in an uncontrollable fashion. Unfortunately for the driver of this Chevy Silverado, that’s exactly what happens in the following short video. 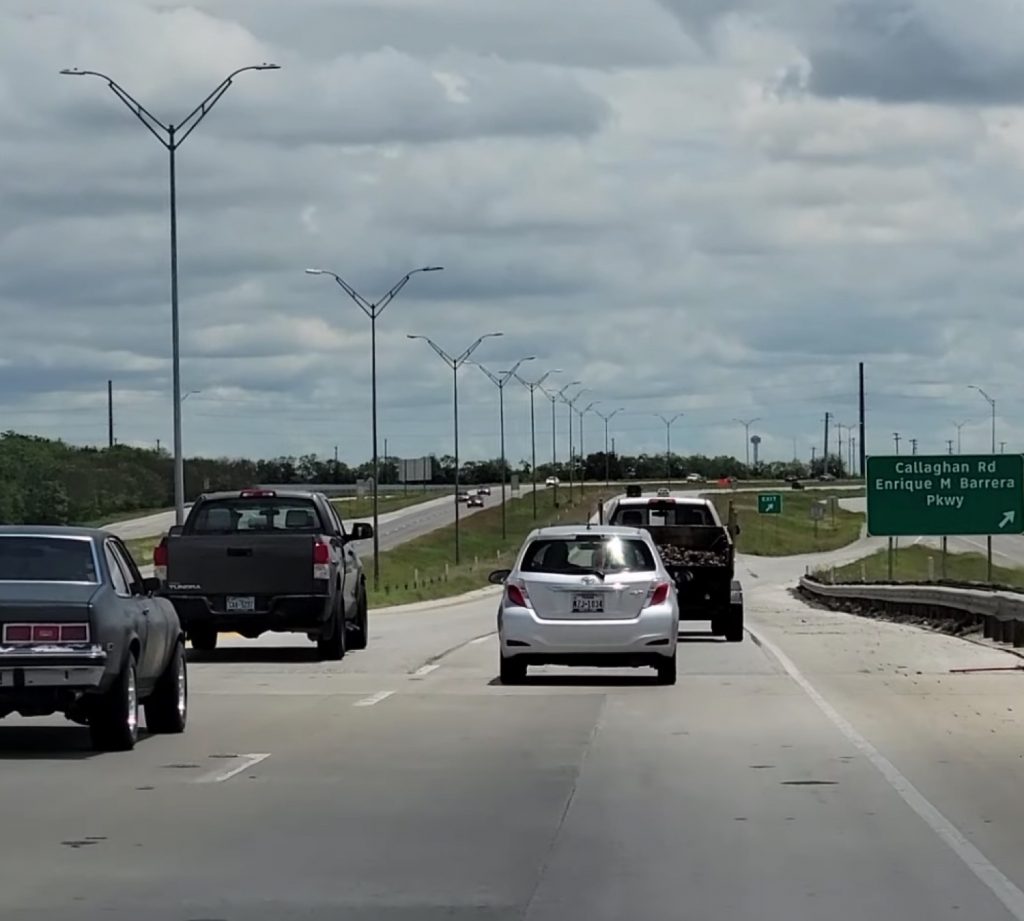 The video was recently posted online, showing the incident as captured by another motorist. According to the video description, the incident occurred on June 5th, 2021, in San Antonio, Texas as the individual behind the camera and his wife were coming home from lunch.

The video opens with a sunny, dry highway. There are blue skies above, and traffic is relatively light. The video angle is captured from the passenger seat of another vehicle following the Chevy Silverado with the trailer. Speeds are moderate, with three other vehicles positioned around the Chevy pickup. 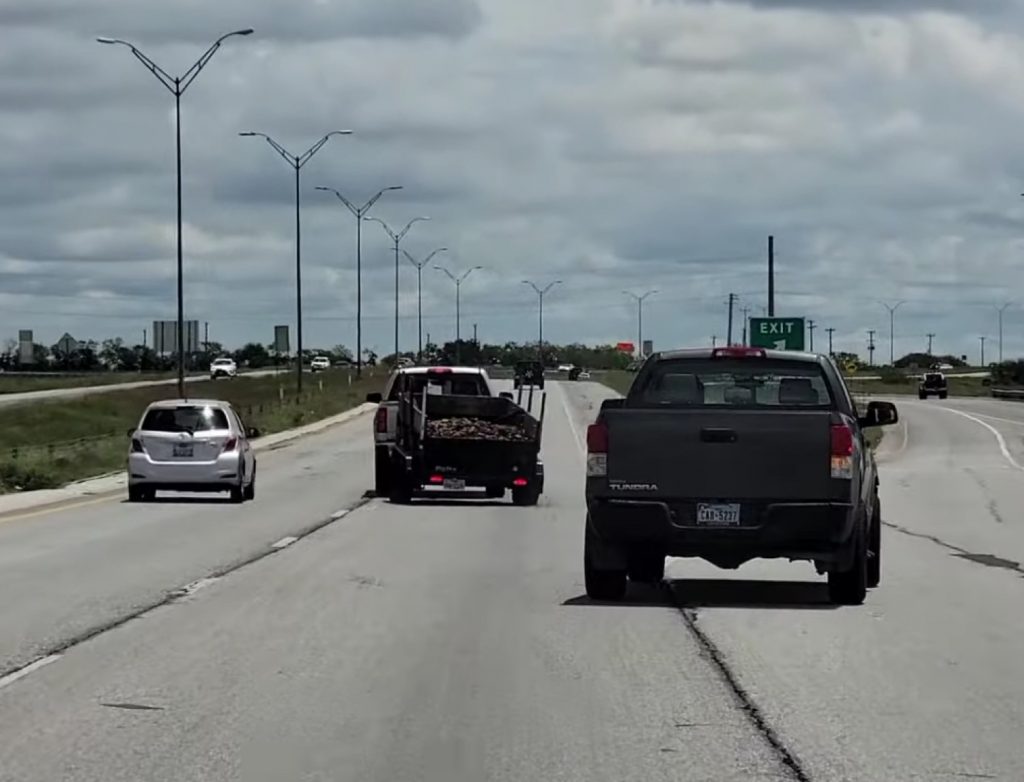 After the Chevy Silverado hits a small ridge in the road, the trailer can be seen swaying slightly, the suspension moving up and down. There’s definitely some instability, but what happens next makes the situation much worse.

The brake lights on the Chevy Silverado momentarily flash, resulting in even more instability. The trailer starts to snake, sliding left and right as the driver attempts to rein it all in. 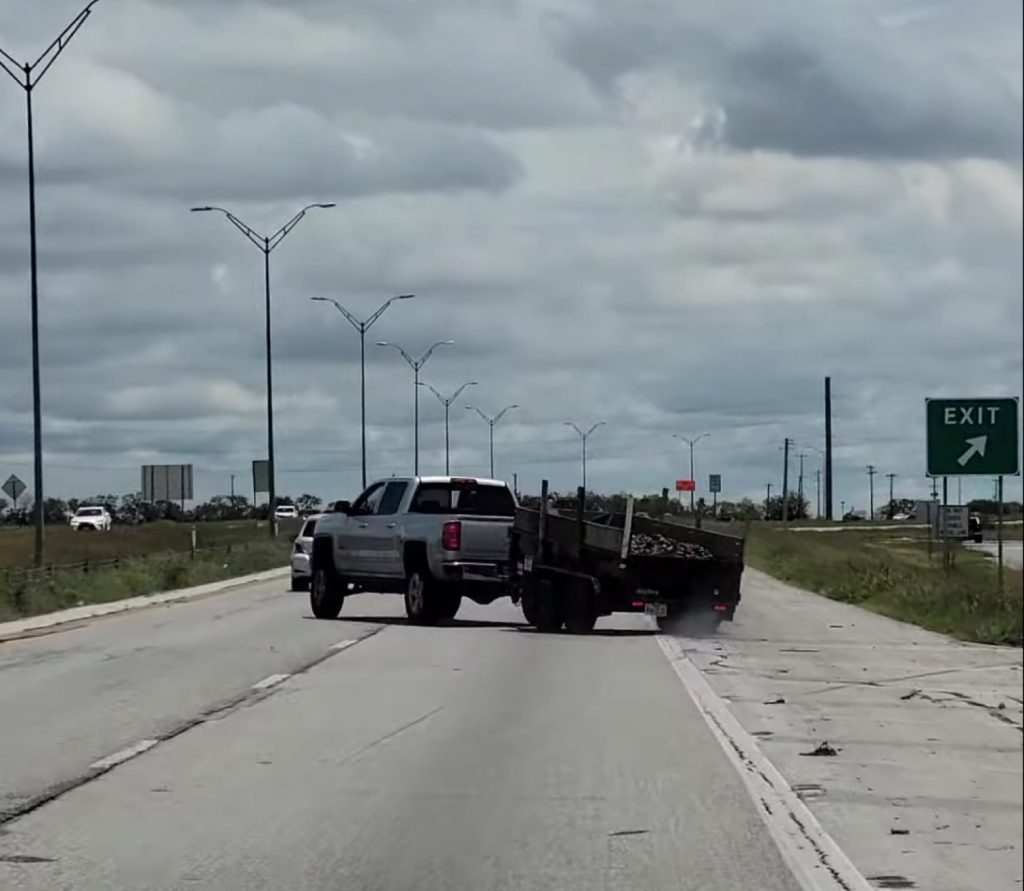 At this point, the other motorists around the Silverado start to react to what is obviously an escalating situation. One driver in a hatchback directly behind the Silverado decides to pass, speeding up and sliding by the nearly out-of-control Silverado in a very dangerous maneuver that could have ended much worse. Another driver cuts across the lane to exit, while a third driver slams on their brakes. 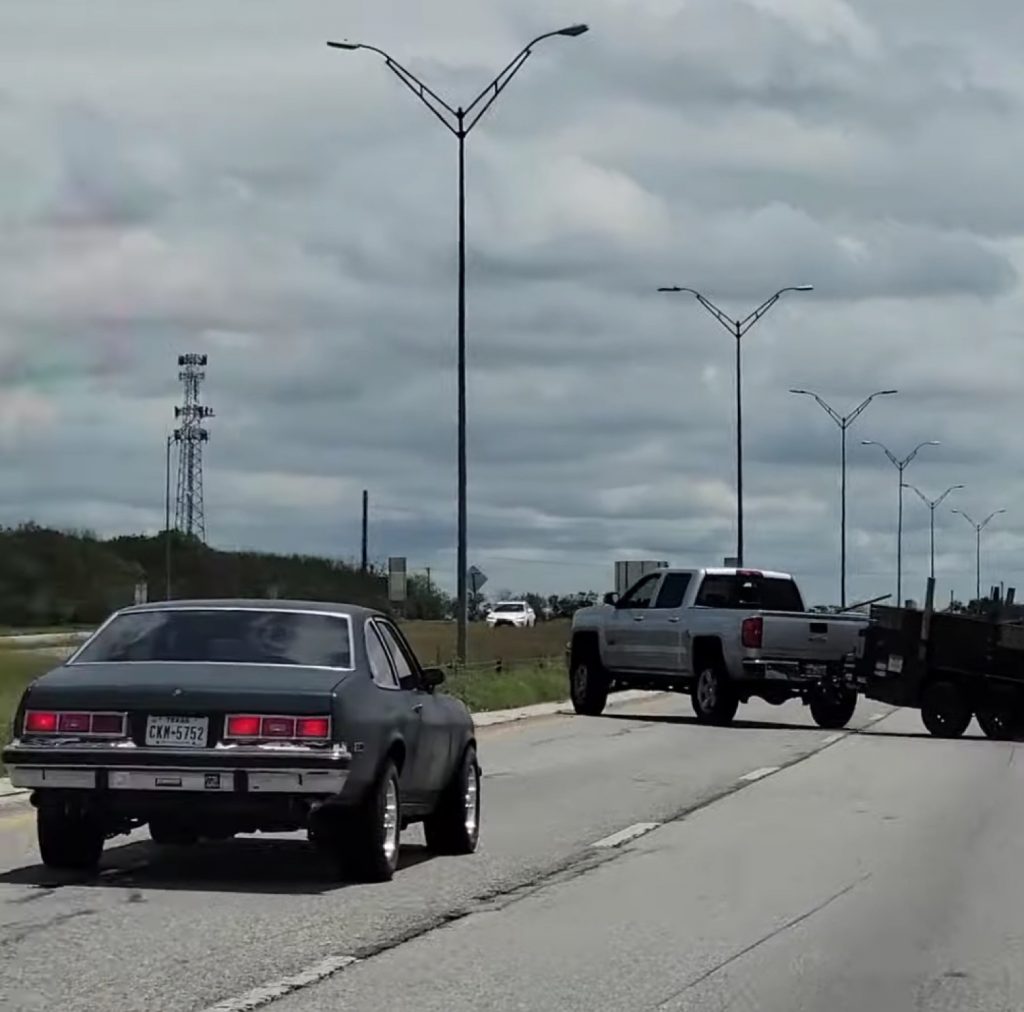 Luckily, there are no collisions, but the Chevy Silverado does end up in the ditch, albeit without any damage. Still, it’s a scary situation, and goes to show how important it is to maintain proper weight distribution when towing.