Rick Dobbertin is a man famous for building amphibious craft. He and his then wife built the Dobbertin Surface Orbiter from a stainless steel milk tanker, then piloted the craft nearly 30,000 miles on land, and another 3,000 miles at sea, through 28 countries on two continents. The Surface Orbiter is the only car known to have traversed the Panama Canal. With the knowledge gained from that build and adventure, Mr. Dobbertin set his sights on building the Hydrocar, a Chevy-powered amphibious vehicle that is part sports car, part speed boat, and one hundred percent unique. 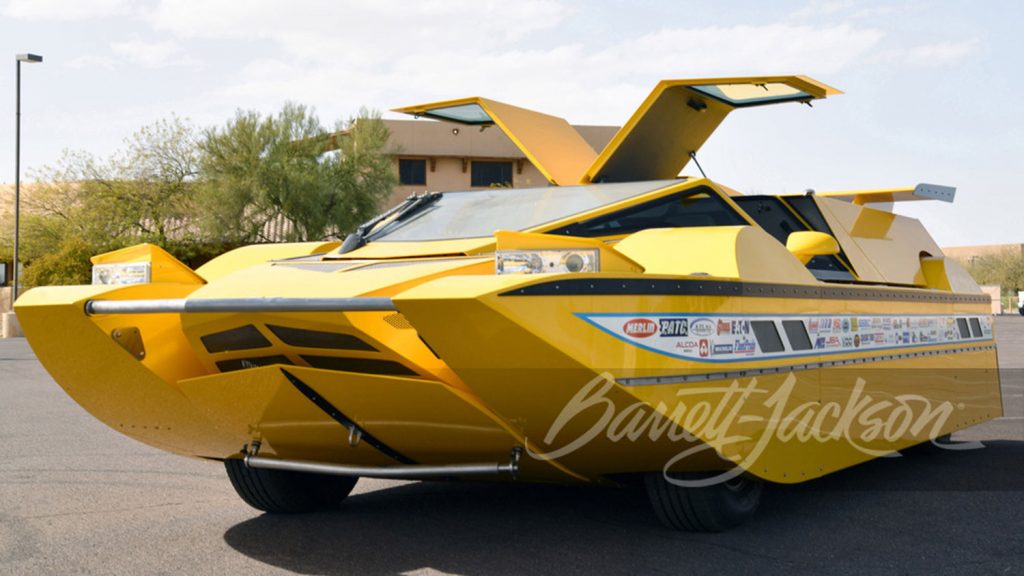 The Chevy-powered Hydrocar took fully ten years to come to fruition, and cost in excess of $1,000,000 to build. It made its public debut in the January 2004 edition of Popular Mechanics. The Hydrocar was also featured in Forbes magazine and in two publications from Monster Garage. 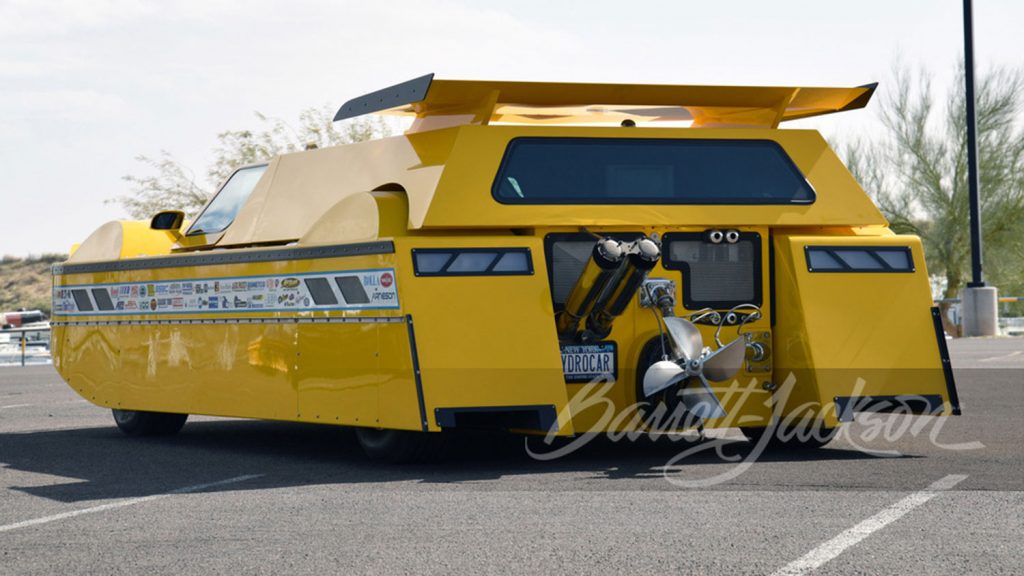 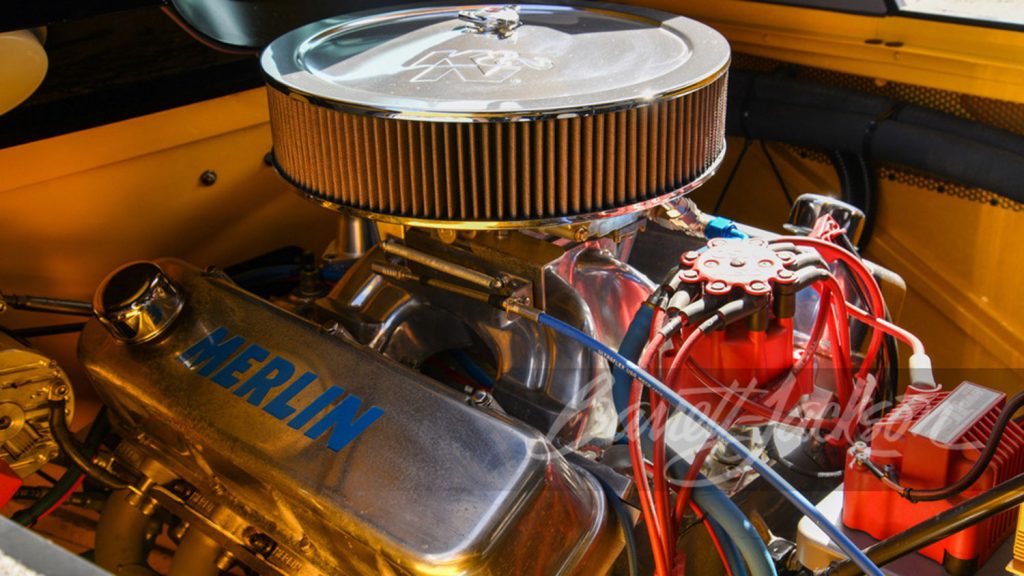 The construction of the Hydrocar is formed from a 304 stainless steel space frame supporting marine-grade aluminum skin. The body is articulated, with sponsons that lower when the Hydrocar is in the water, creating a tunnel hull. When out of the water, the sponsons raise, revealing the tires and four-wheel articulated steering system contained within. The suspension is fully pneumatic, riding on a trio of Firestone Ride Rite air bags for the suspension during use on land, and two more on the underside of the axles to raise them when in water. The four-wheel disc brakes are from Stainless Steel Brake Corporation’s Elite line. The body is painted a retina-searing shade of Corvette Velocity Yellow. 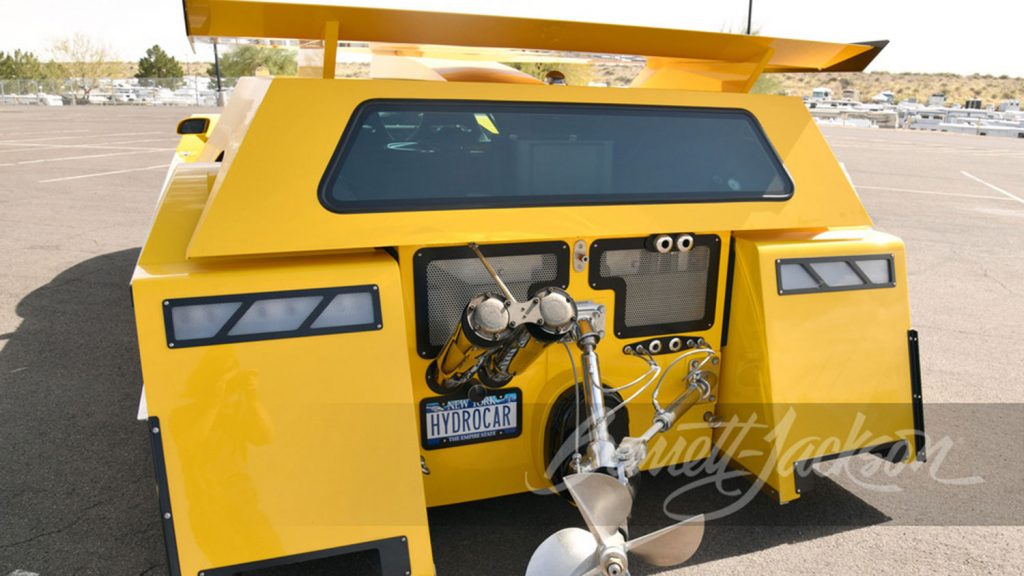 The interior of the Hydrocar has an amazing array of control switches, gauges, and LED monitoring systems that keep track of the Chevy Big Block, movement of the sponsons, axles, and wheel well doors. The supportive bucket seats are covered in two-tone gray material. All windows are PGW Solex laminated safety glass. 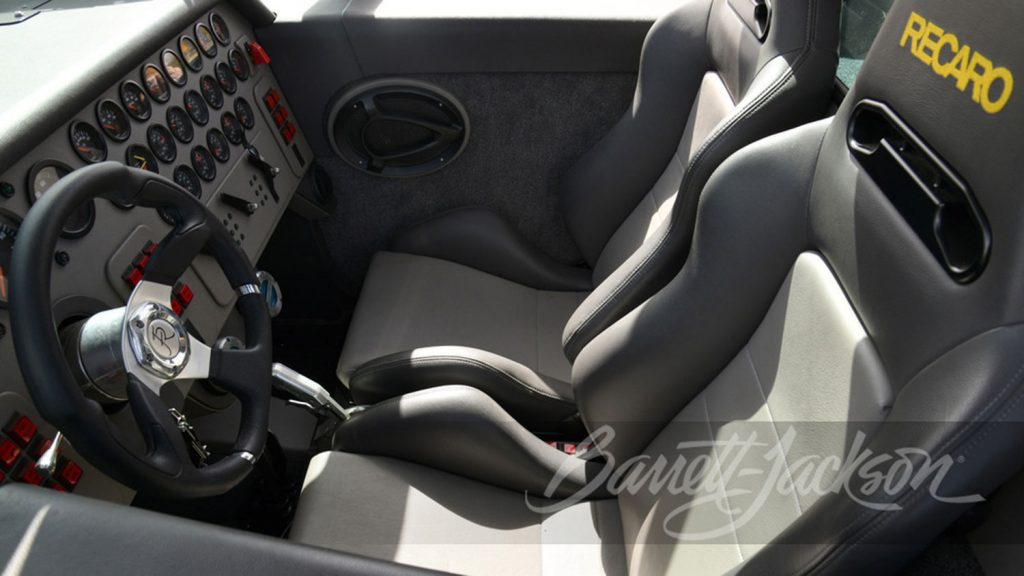 Accompanying the sale of the Hydrocar is a custom-built trailer. The Hydrocar is offered by Barrett Jackson at their Las Vegas sale June 17th through the 19th. 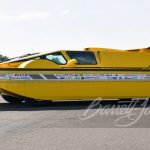 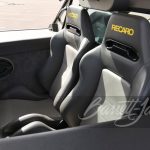 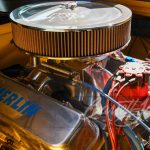 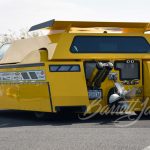 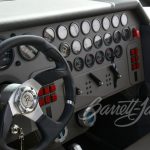 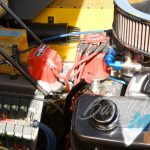 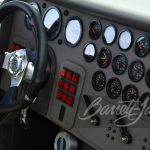 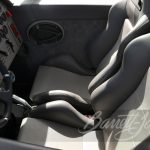 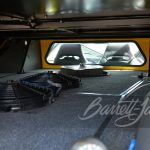 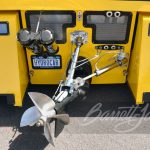 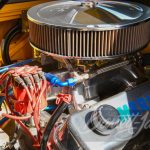 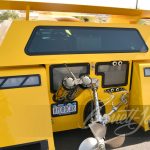 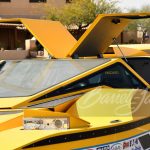 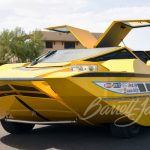 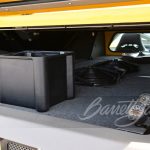