The world is full of crazies, and unfortunately, many of them have driver’s licenses. Road ragers, inebriated drivers, and general stupidity run rampant. As such, we wouldn’t necessarily recommend doing what the driver in this Chevy Aveo does, but either way, we can’t help but chuckle at the result. 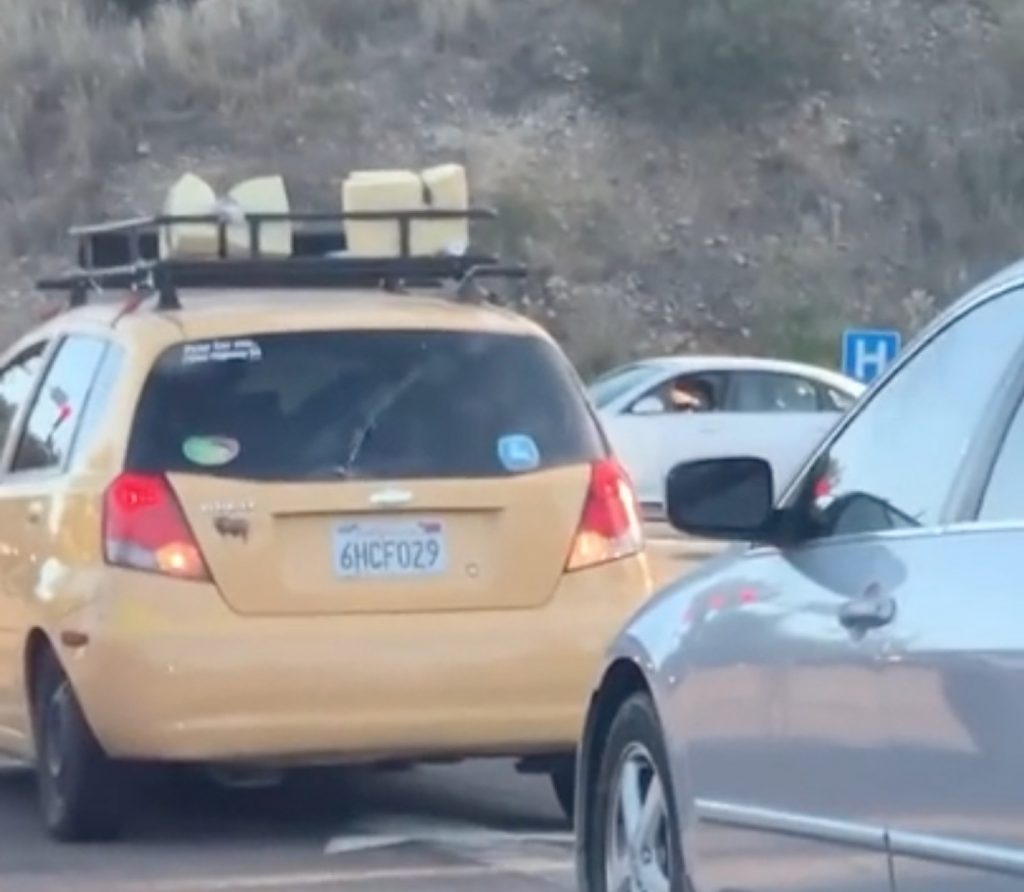 These come to us from social media news website reddit, taken from a 15-second video that has since been removed. It showed a yellow Chevy Aveo hatchback stopped at some traffic lights, with a gray sedan lined up behind it. The Chevy Aveo has a black roof rack on it, plus some yellow foam blocks tied down towards the rear of the rack. The rear glass wiper is swiping up and down.

About five seconds into the video, we learned why the wiper is swiping. The Chevy Aveo puts it in reverse and slowly creeps up to the car behind it, when all of a sudden, the rear wiper fluid sprayer is unleashed, sending a stream of liquid onto the car behind.

With a fountain of wiper fluid cascading onto the hood of the car behind, the Chevy Aveo driver continues to reposition, backing up even further to ensure the other driver’s hood is thoroughly soaked. 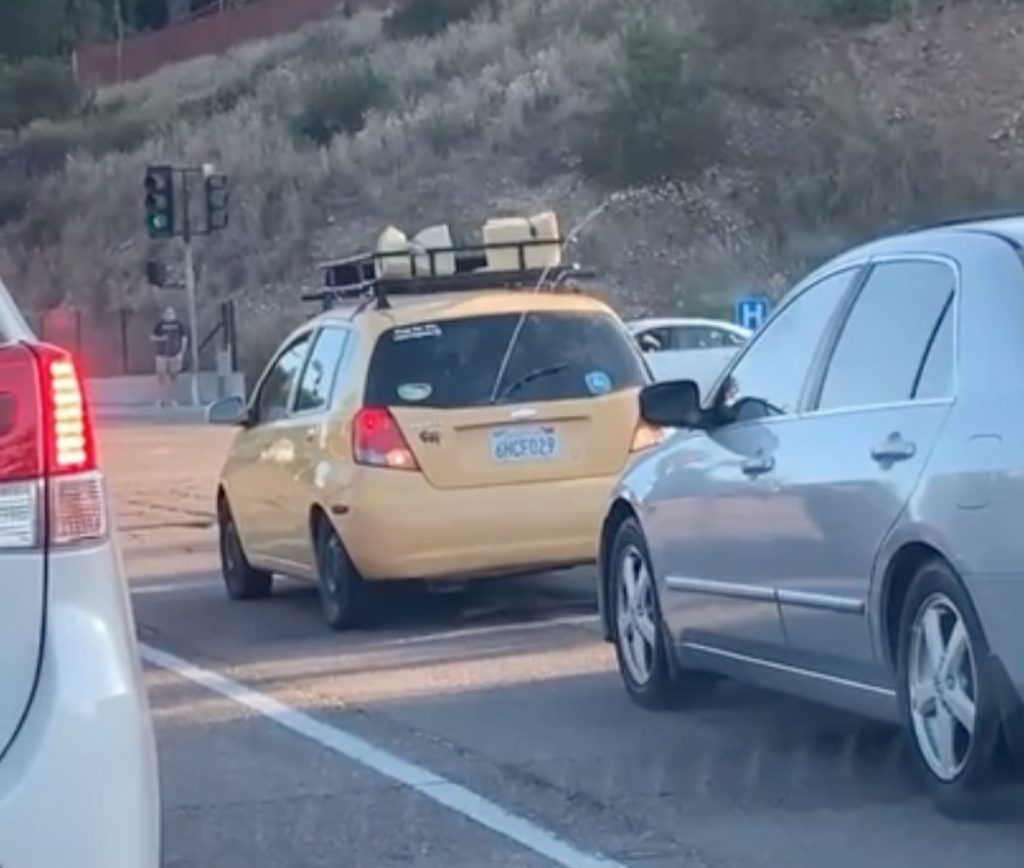 The full story behind the video was a bit unclear, but according to the post on reddit, the car behind the Chevy Aveo honked at the hatchback, prompting the defensive wiper fluid spray. The move reminds us of a scared octopus, or maybe a skunk.

Either way, no harm, no foul, right? While we would definitely not recommend that anyone actually try this (again, there are some very crazy people out there), it’s pretty funny to see it all go down like this.

“It belongs to me now,” read one of the comments. “Assert your dominance,” read another.