Sometimes, only a V8 will do, amirite? Chevy Corvette fans will no doubt agree, even when it comes to keeping the yard looking spiffy, as evidenced by this Corvette engine-powered lawn trimmer. 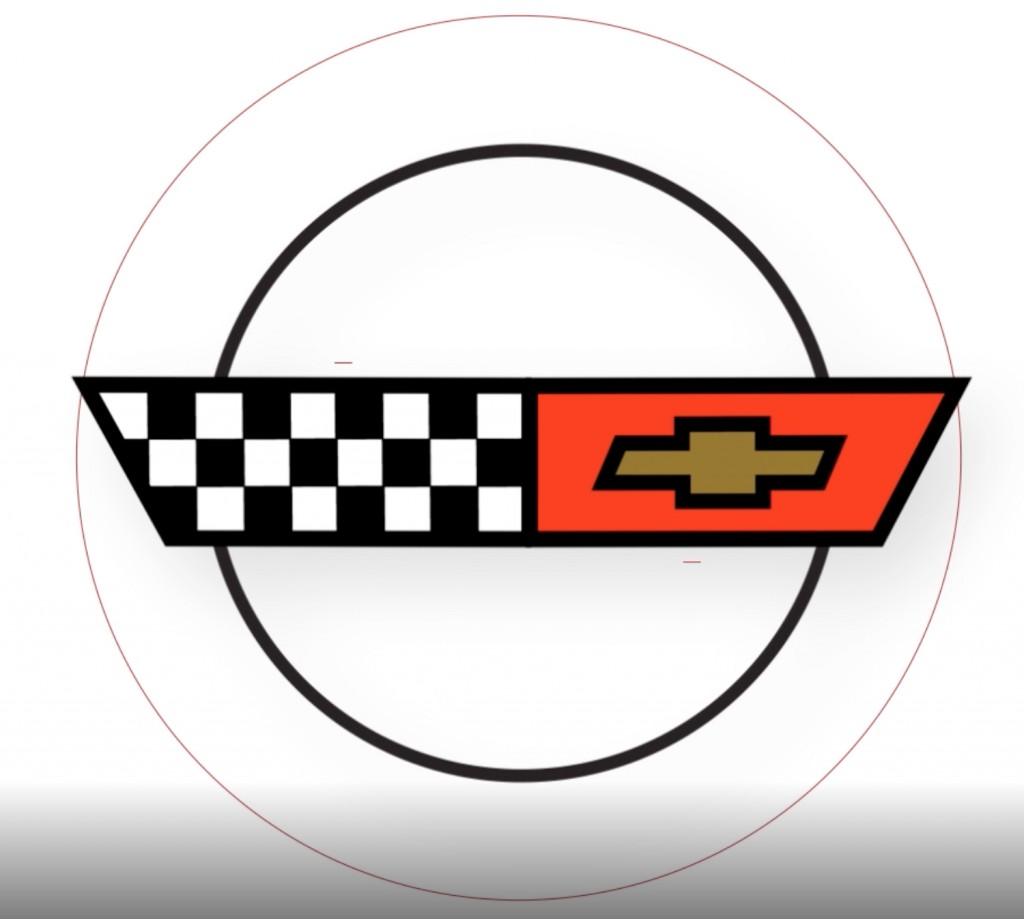 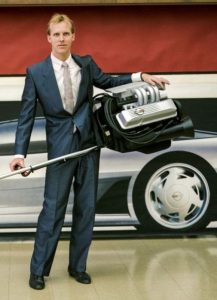 Granted, the model Peters is holding in the photo isn’t a real Corvette engine, but it looks pretty close. The Corvette concept behind the designer is also worth noting – that sleek slice of speed is in fact the Corvette Indy concept, a design study that would go on to debut at the 1986 Detroit Auto Show, giving fans a taste of the mid-engine layout that would eventually lead to the CERV III concept in 1990. 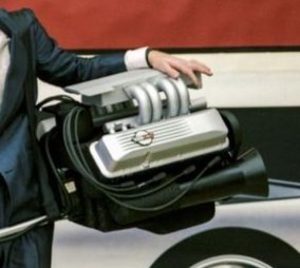 All told, this shot of Tom Peters hoisting up a Corvette engine-powered lawn trimmer is pretty hilarious, but we can’t help but imagine what other fantastic, unconventional uses we could find for a V8 powerplant. For example, what about a Corvette engine-powered pressure washer, you know, to keep the sides of the house clean? Or maybe a Corvette-engine powered drill? In fact, we think there’s a vast number of home improvement tools that could benefit from sourcing motivation from the Vette. Maybe Tom Peters and the Corvette team were onto something here… what do you think?