Kevin Magnussen and Renger Van der Zande put the Cadillac DPi-V.R in victory lane in General Motors’ own backyard after winning the Chevrolet Sports Car Classic at Detroit on Saturday. 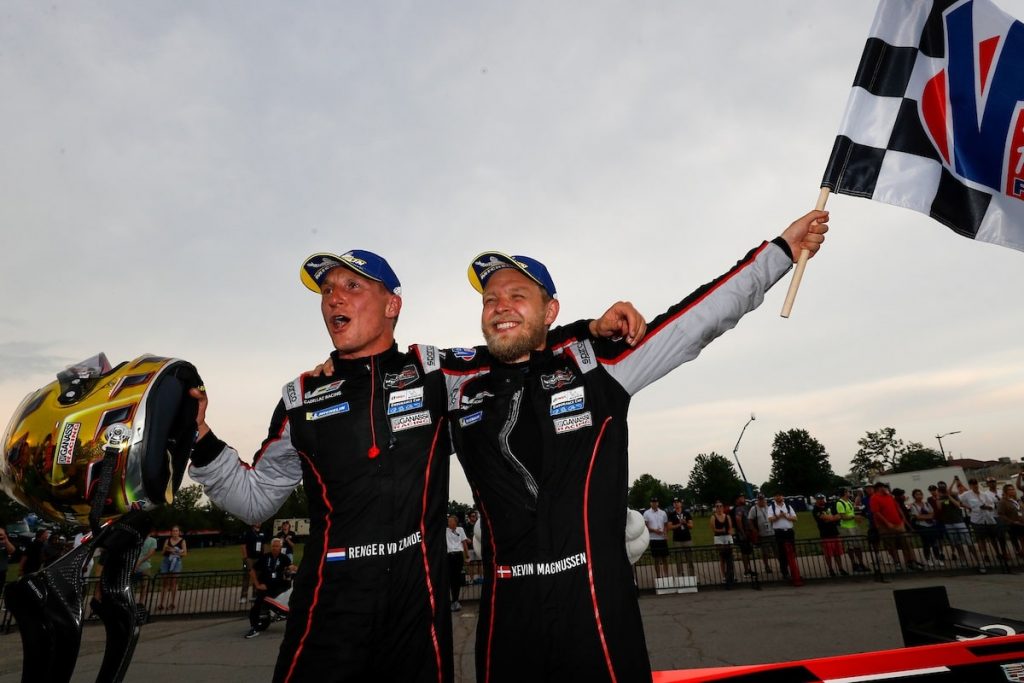 Magnussen put the No. 01 Cadillac DPi-V.R on pole position for Saturday’s race, narrowly beating out the No. 31 Whelen Engineering Cadillac of Pipo Derani for the top spot. The ex-Formula 1 star managed to keep the red Cadillac prototype of Derani behind him when the green flag flew, building a small gap to second before handing the car over to Van der Zande with 47 minutes remaining in the 100-minute race.

The Dutch driver was defending against Derani’s teammate, Felipe Nasr, when the caution came out for the stricken No. 96 BMW M6 GT3 of Bill Auberlen. Racing resumed with less than three minutes on the clock, making for a frenetic sprint to the finish as Van der Zande was forced to defend against the hard-charging Nasr on the restart. The No. 01 Cadillac eventually pulled out a healthy gap over second, with Van der Zande crossing the finish line about a half-second ahead of Nasr to give CGR its first ever DPi class win and its first IMSA WeatherTech Series win since 2019.

“We got it together,” van der Zande said post-race. “I’m just super proud of the whole team, how they managed it. I think we can only get better from here. We’ve been a little bit unlucky and made some small mistakes as well, but here we are. This is our first win, and we can build from here.” 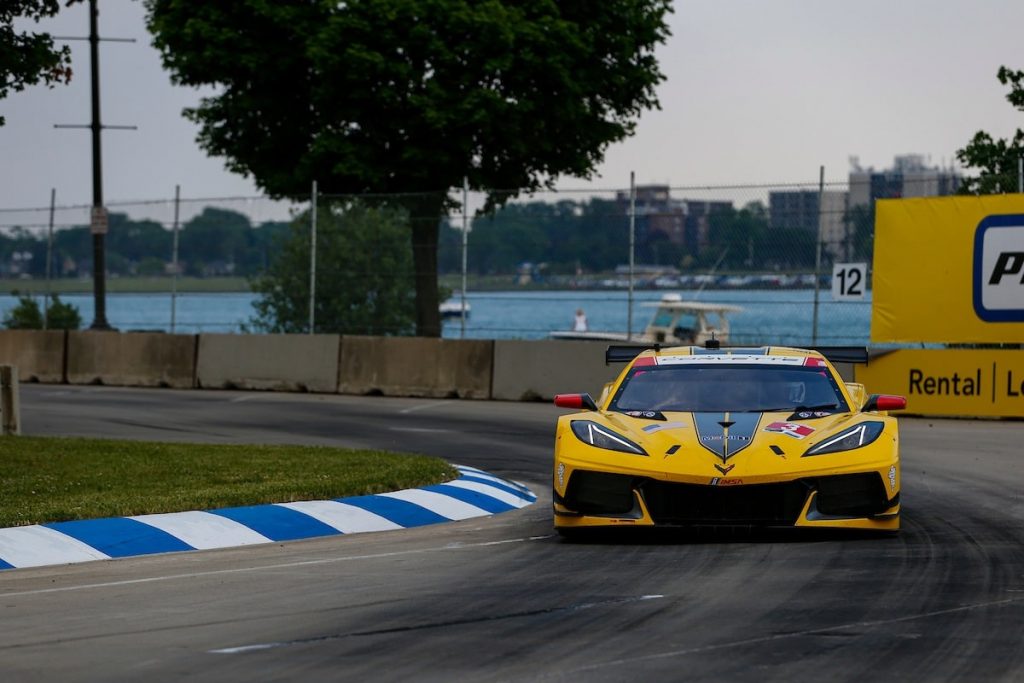 Corvette Racing was also present at Detroit this weekend, racing in the two-car GTLM invitational class. The No. 4 Corvette C8.R of Tommy Milner and Nick Tandy took first, beating the No. 3 Corvette C8.R sister car of Jordan Taylor and Antonio Garcia. While the two-car race was destined to end up as a 1-2 for Corvette Racing, the team described the non-points paying  Detroit round as a good tune-up event for the rest of the GTLM season, where it will face increased competition from Porsche and BMW. 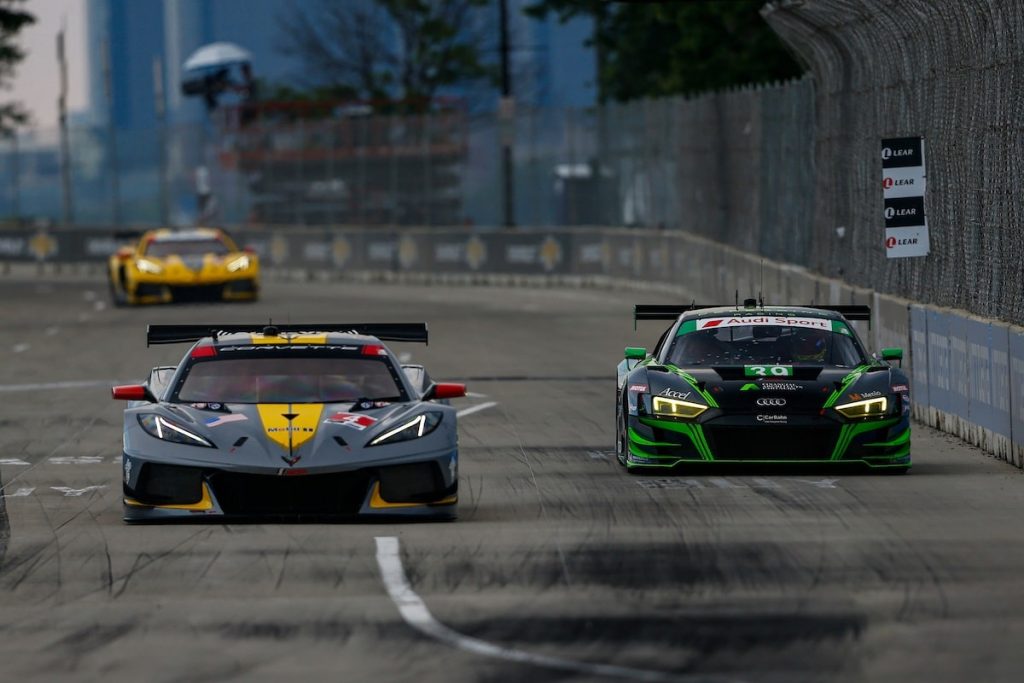 Click here to view full results from the 2021 IMSA Chevrolet Sports Car Classic from Detroit. IMSA heads to Watkins Glen next for the Sahlen’s Six Hours of The Glen on June 27th.