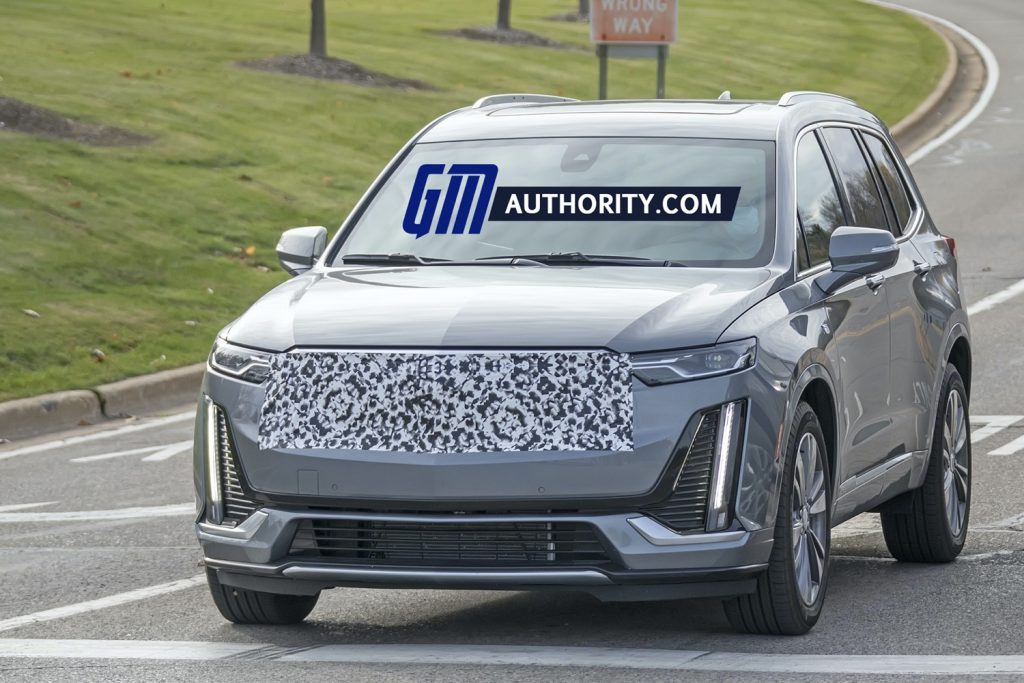 As we can see here, this 2023 Cadillac XT6 is roaming the streets with camouflage covering up the grille, under which is believed to be a slightly reworked grille design, as well as the sensors needed to operate the Super Cruise system. It’s also worth noting that the adaptive cruise control sensor mounted in the bottom bumper of the current XT6 is no longer visible, and is likely now located in the upper grille. 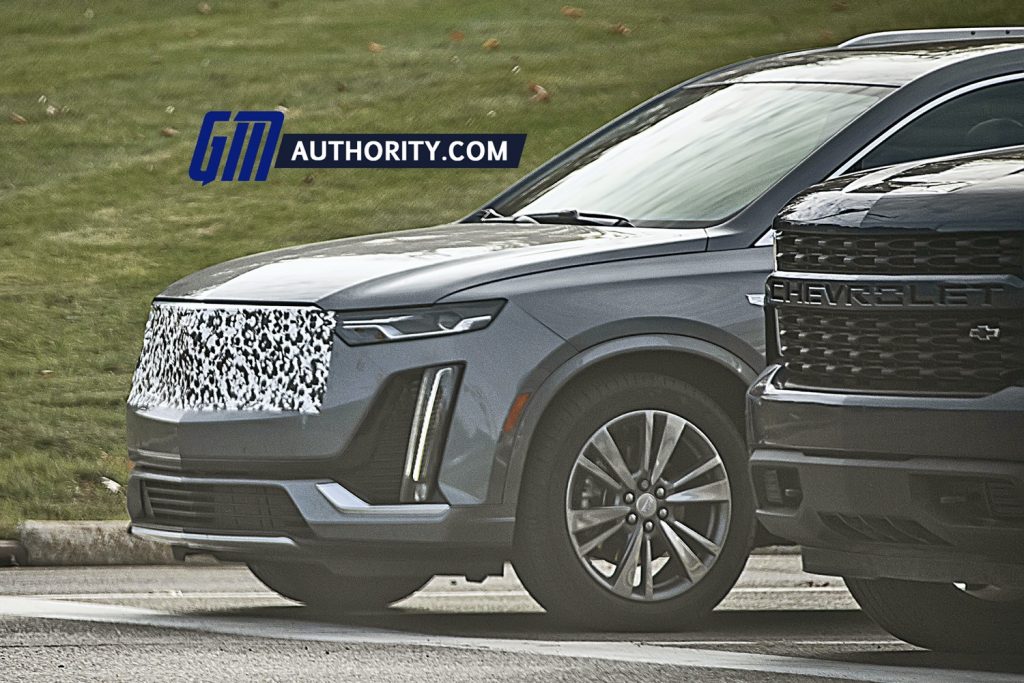 The 2023 Cadillac XT6 will follow several other Caddy models in offering the high-tech Super Cruise feature. Super Cruise initially debuted on the 2018 Cadillac CT6 sedan (the nameplate has since been discontinued in the U.S.), while an enhanced version of the system was introduced with the 2021 Cadillac CT5 and 2021 Cadillac CT4. The all-new 2021 Cadillac Escalade also offers Super Cruise, as will the upcoming all-electric Cadillac Lyriq luxury crossover. 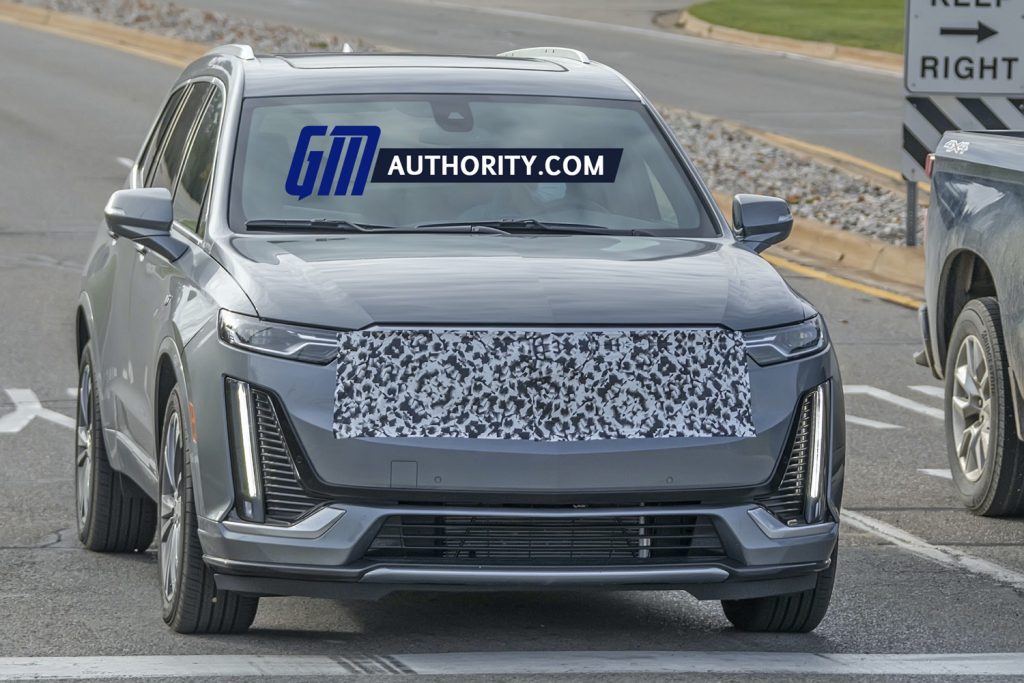 Outside of the Cadillac model lineup, the 2022 Chevy Bolt EUV will also feature GM’s Super Cruise system, making it the first non-Cadillac model to offer the feature. Looking ahead, the 2022 GMC Sierra 1500 will also offer a version of the tech that will enable semi-autonomous towing capabilities.

It’s expected that Super Cruise will be offered on 22 GM vehicles by 2023, including the Cadillac XT6. 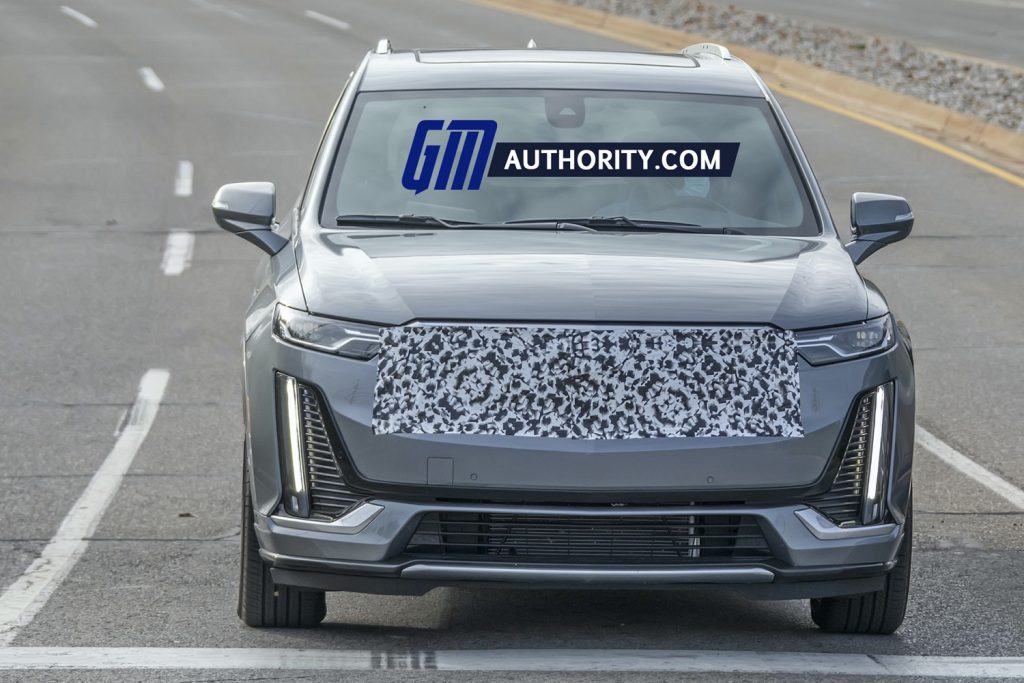 GM’s Super Cruise system leverages a range of visual cameras, LiDar mapping, GPS data, and radar sensors to automatically steer, accelerate, and brake when driving on the highway. At launch, the system was available for activation on over 130,000 miles of limited-access freeways in the U.S. and Canada, but was later updated with a further 70,000 miles to bring the grand total up to 200,000 miles.