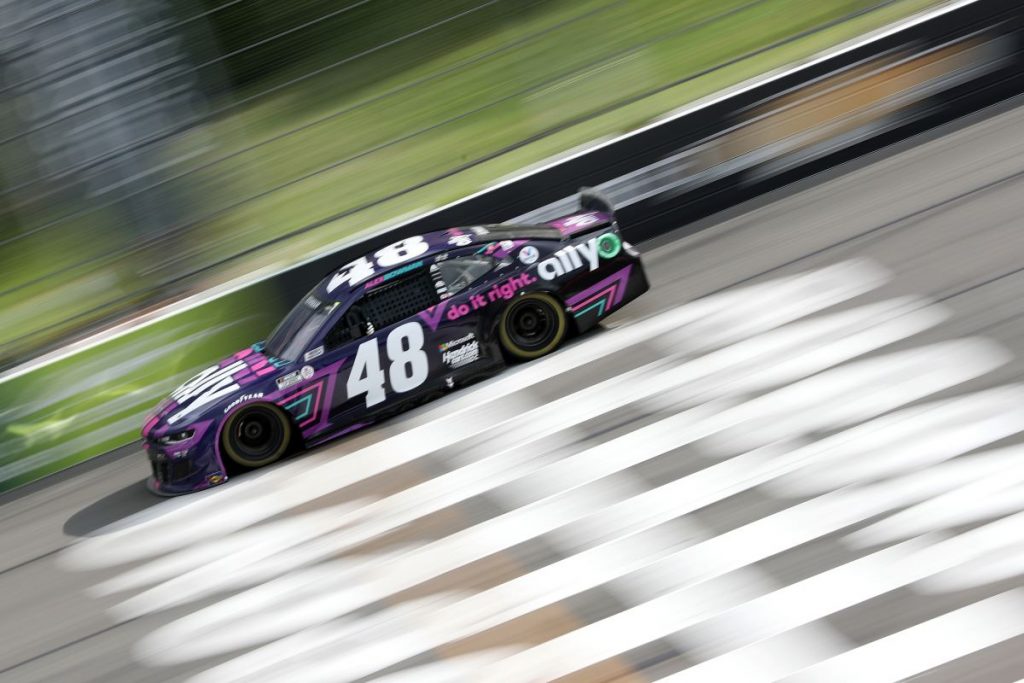 Bowman won Race 1 of the double header after Kyle Larson suffered a horribly unluckly tire blowout on the final lap, sending his No. 5 Chevy Camaro ZL1 1LE into the outside wall and relegating him to a ninth place finish. Larson’s wreck handed the lead over to Bowman with less than half a lap remaining and gifted the No. 48 team its third win of the NASCAR Cup Series season. Larson was on pace to take his fourth points-paying win in a row before the blowout.

“I hate to win one that way,” Bowman said after inheriting the win from Larson. “but hell, yeah, I’ll take it!” 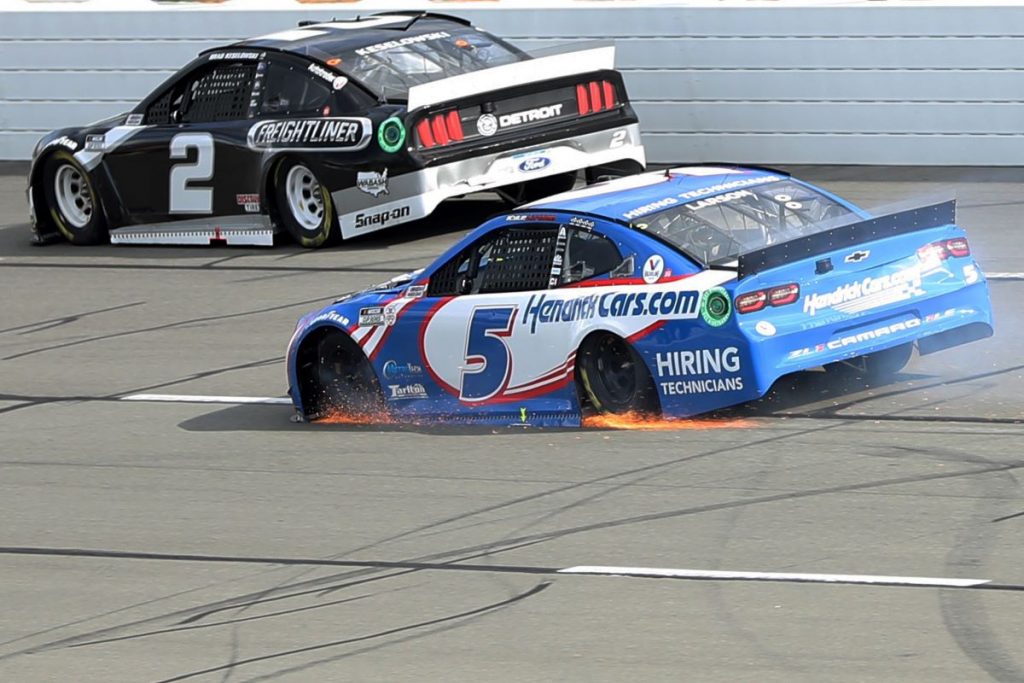 Race 2 of the rare doubleheader weekend was won by Joe Gibbs Racing’s Kyle Busch, who overcame a transmission issue that left his No. 18 Toyota Camry stuck in fourth gear for much of the race. Busch pitted for the final time on Lap 95 of 140 and was forced to save fuel throughout his final stint – a strategy that eventually earned him the win.

“Yeah, stuck in fourth gear, about out of gas, just saving, just riding, playing the strategy the best we could with what was given to us,” Busch said post-race. 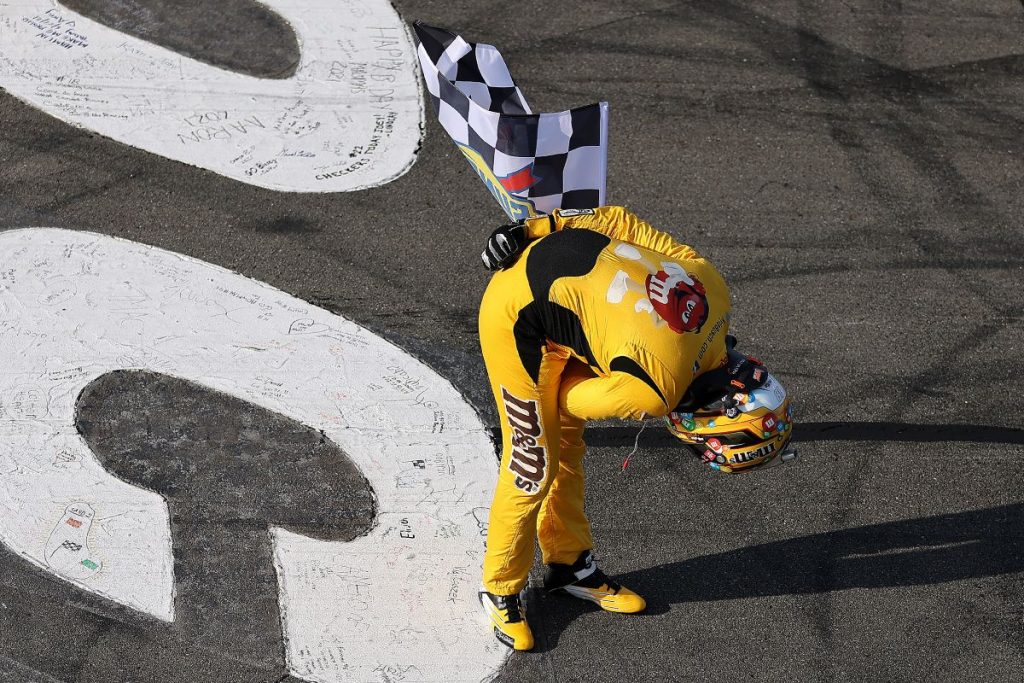 Just like Saturday, Larson was once again the car to beat on Sunday – though loose handling and minor front end damage meant the ever-dominant No. 5 car had to settle for second place.

“It’s a surprising finish for us,” Larson explained. “Our HendrickCars.com Chevy was really loose for a majority of the race. Then we got a lot of nose damage there on one of the restarts. Was off on speed, I felt like after that.” 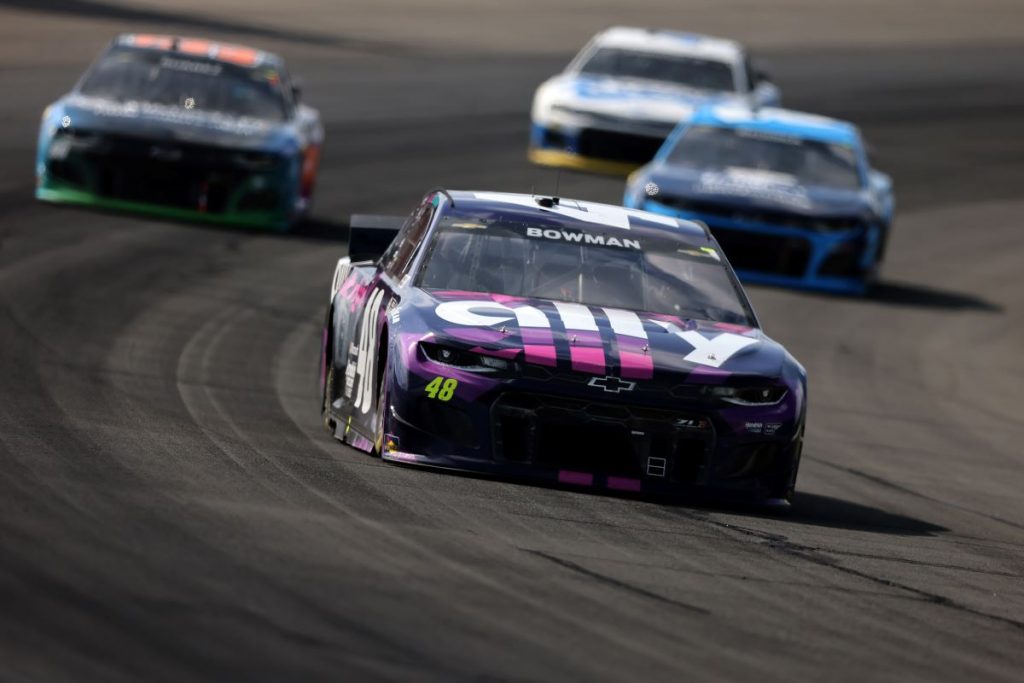 The NASCAR Cup Series heads to Road America next for the Jockey Made in America 250 on Sunday, July 4th. In the meantime, check out the two highlight videos embedded below for a complete recap of the Pocono doubleheader.