An amateur artist has digitally rendered their interpretation of what a modern-day Chevy Astro van might look like.

The artist responsible for this rather odd-looking render appears to have pulled inspiration from the current-day Chevy Silverado 1500, grafting the front fascia from Chevy’s full-size pickup onto his fictional utility van. It doesn’t pull much inspiration from the original Chevy Astro (if at all) but it stays somewhat true to the nameplate with its stubby hood, boxy silhouette, sliding rear passenger doors and a body-on-frame platform.

The artist even created a fictional billboard ad for his Chevy Astro van design, which features the original Chevy Astro script logo and the tagline ‘The Van That Can.’ This tagline was actually used to market the Chevy Astro back in the mid-1980s when the nameplate was first introduced, as some of our older readers might recall. This rhyming tagline was easy to remember and also properly communicated the Astro’s utilitarian nature. 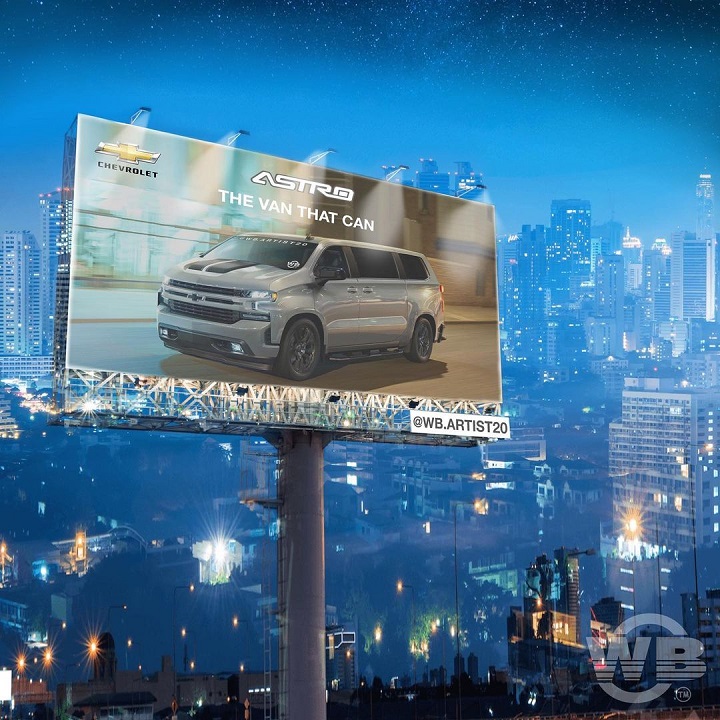 We recently featured a modern, fan-made GMC Safari design, which took the idea in a much different direction with futuristic exterior styling and an electric powertrain. We prefer the look of the battery-electric Safari van rendering, to be honest, but we can appreciate the Chevy Silverado-inspired angle this rendering has taken. Either way, it’s interesting to see artists on Instagram and other social media sites expressing interest in the Safari and Astro vans, which went out of production way back in 2005. 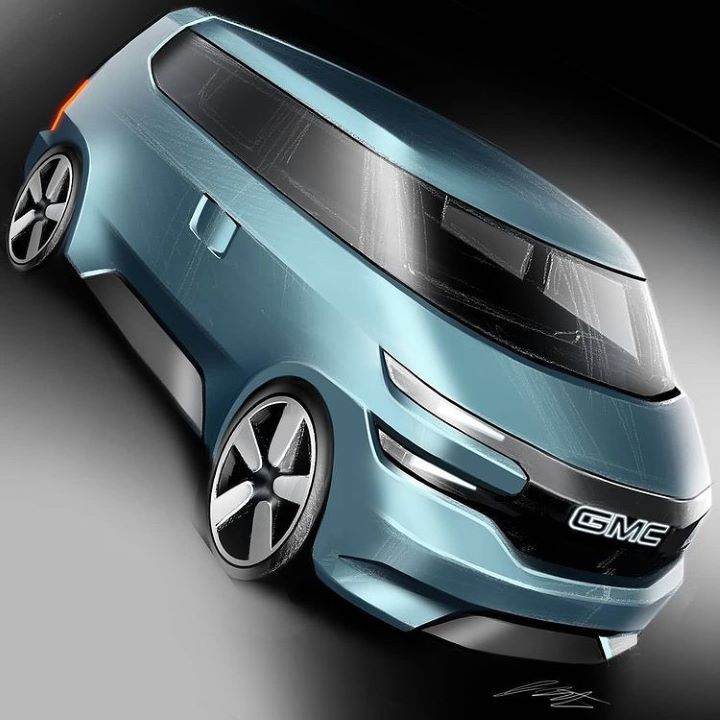 We’re no experts in automotive product planning, but with off-grid camping in vans (sometimes referred to as “van life”) becoming more popular, we could genuinely see younger buyers responding well to a modern-day Chevy Astro or GMC Safari. GM has no plans that we know of to put either of these boxy vans back into production, though, so for now we’ll just have to live with these digital renderings.