The Chevy Silverado HD isn’t exactly the kind of vehicle one would describe as “petite” or “dainty.” Indeed, the heavy-duty pickup has some pretty massive proportions right from the factory, but that hasn’t stopped one customizer from transforming this particular 2013 model into into a six-wheeled monster. Now, this 6×6 Chevy Silverado HD is headed to auction. 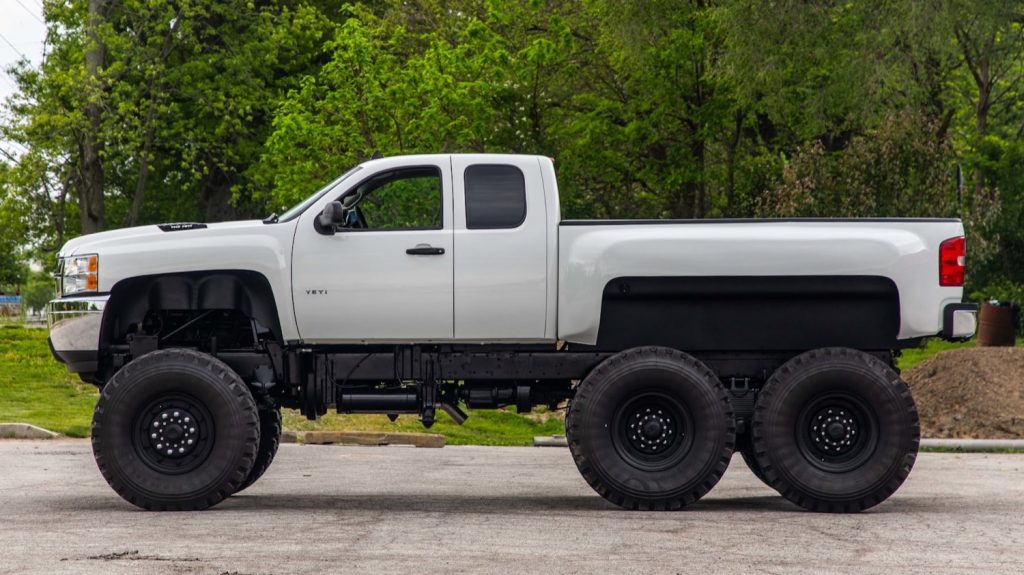 Based on a 2013 Chevy Silverado 3500HD, this machine is dubbed the “Yeti,” a fitting name considering the white exterior color and gargantuan size. According to the listing, the truck rides on top of an M939 A1 Tractor five-ton military 6×6 chassis. For those that don’t know, the M939 series was manufactured by AM General between 1982 and 1987, and is used by the U.S. armed forces for cargo haulers, wreckers, dump trucks, and the like. 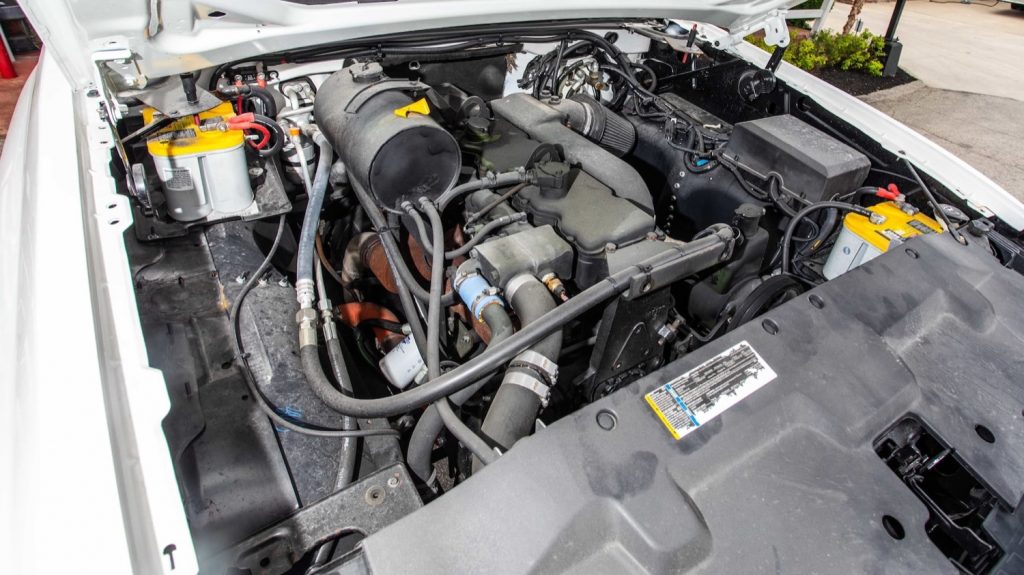 With that in mind, this Chevy Silverado HD’s massive proportions start to click. To make this beast move, the customizers also installed a naturally aspirated Cummins NCH-250 inline six-cylinder diesel engine, the same powerplant used in the M939 and M939A1. Displacement is rated at a hearty 14 liters (855 cubic inches), with output coming in at 240 horsepower at 2,100 rpm and 685 pound-feet of torque at 1,500 rpm. 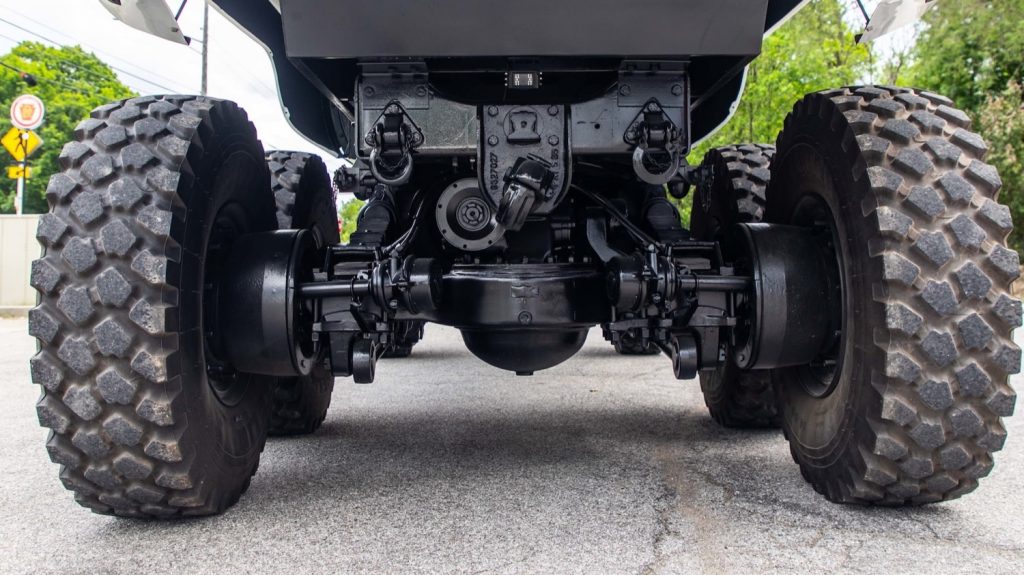 The engine is mated to an Allison five-speed automatic transmission, with a Rockwell two-speed transfer case onboard as well. Five-ton Rockwell axles and drum brakes finish it off. Given the size of the chassis, this custom truck also comes with a longer bed, stretched out to 10 feet. Final touches include a Kenwood stereo and custom camera system. 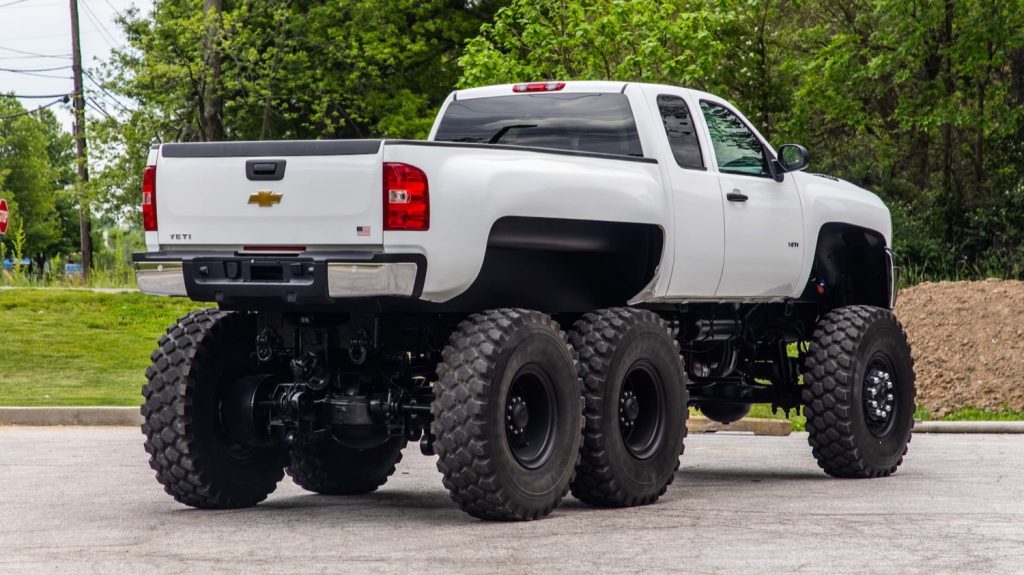 Ridiculous? You bet. But rest assured, you’ll be hard pressed to find something much bigger.

Now, this ground-pounding 6×6 Chevy Silverado HD is headed to auction as Lot S103 at the upcoming Mecum Auctions event in Orlando slated to take place next month.